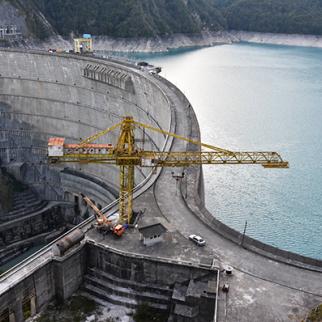 Maintenance of shared facility could lead to power cuts next year. 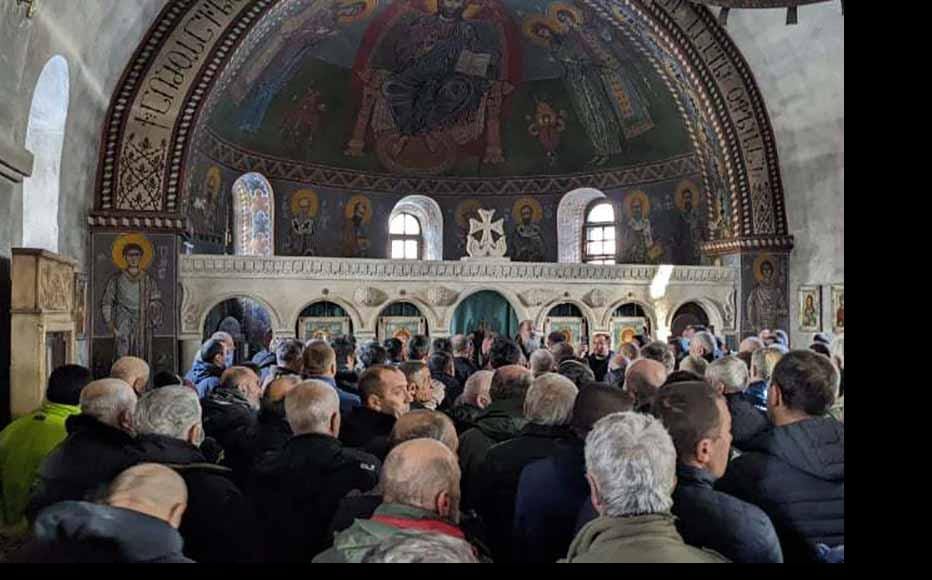 After thousands of computers used to mine cryptocurrency overwhelmed the power grid in Georgia’s mountainous region of Svaneti at the height of winter, 200 residents gathered in the medieval church of St. George in Mestia, Svaneti's main centre, to take an oath on the ancient icon of the saint that they would never mine cryptocurrencies. © IWPR
The link has been copied

After thousands of computers used to mine cryptocurrency overwhelmed the power grid in Georgia’s mountainous region of Svaneti at the height of winter, triggering sharp shortages, locals turned to an unusual solution.

Gathering in the 12th century St George church in Mestia, the region’s administrative centre, 200 residents hence resorted to one of the community’s most ancient traditions: they took an oath on St George’s icon that they would never mine virtual currencies.

“Up to today, everyone shall be forgiven. But whoever continues using [crypto] mining from today onwards shall be punished by St George,” those gathered pledged.

Known for its medieval watch towers and the Caucasus range’s dramatic cliffs, Svaneti is exempt from electricity bills, a measure taken to encourage people to stay living on the mountains and develop their tourism potential, Mestia mayor Kakha Jorjoliani told IWPR.

As the natural gas network does not reach the highlands, electricity is the main source of heating for the regions’ 9,000 residents. Only registered businesses pay for electricity.

The subsidies, however, have attracted an army of crypto miners and their power-hungry computers have put pressure on the fragile grid. They have pushed upwards the energy consumption and damaged the network leaving houses with no stable electricity supply in a region where winters are harsh. The management of the Enguri dam told IWPR that the electricity use has hiked to 27 megawatts from seven megawatts in a spam of a few months.

“No network can handle the amount of electricity that is generated in Mestia. Consequently, our company takes no responsibility for the ongoing situation in Mestia,” read a statement issued by Energo-Pro Georgia in December 2021, before the oath ceremony.

The company added that the “unlawful mining technologies [are] a crime” hurting the region’s residents. It also suggested that electricity metres be installed to track and introduce payments for the consumption.

Mining is the process that cryptocurrencies use to generate “coins” and verify new transactions and involves vast, decentralised networks of computers around the world, using up a vast amount of electricity. Each transaction for Bitcoin, the leading digital currency, consumes 1,173 kilowatt hours of electricity, equalling about 176 US dollars, according to a study published in October 2021.

In the mid-2010s, Georgia emerged as one of the world’s hotspots for cryptocurrency mining. Major players like BitFury and Bitforx flocked to the country to set up large data centres, attracted by Georgia’s ease of doing business and cheap electricity. This competitive edge has since shrunk as companies moved to countries with lower power fees; in 2019 Bitforx closed its operations in Georgia and sold mining hardware to Azerbaijan.

Svaneti’s free electricity offered a window of opportunity to smaller companies. The region’s love affair with digital currencies reached its height in 2019, when Energo-Pro and law enforcement went house-by-house to disconnect illegal miners and confiscated mining equipment worth about five million laris (1.6 million dollars). The mining frenzy has since subdued, but it hiked again in late 2021.

Suspending the free electricity bonus would have a negative impact on the region’s economic development; power cuts have already affected tourism, in particular family-run businesses.

“Tourists have cancelled their reservations [and] we have lost lots of revenue,” Nodar Tsirediania, who runs a family guesthouse in Mestia, told IWPR. “There are not many tourists here [in general] and the electricity shortage has prevented us from hosting them at a time they are here. [Some] people are getting richer and causing problems for us. This injustice needs to end.”

The chair of the Georgian National Energy and Water Supply Regulatory Commission, Davit Narmania, called on the government to act against unlawful mining and freeze companies’ assets as they were damaging the grid.

Erekle Chkhvimiani, who attended the St George ceremony, told IWPR that only Mestia residents were presents but “the curse applied to everyone who would continue using the technology and not shut it down”.

Gia Khubua, a representative of the Enguri Dam, the hydroelectric dam on the river Enguri, which runs downhill from Svaneti’s highlands, said that the oath initiative was not enough to address the problem.

“I respect Svans, I know the power of their oaths,” Khubua told IWPR. “They need to benefit from special privileges since they need extra support, but free electricity is not right. In general, nothing should be free. They can benefit from special discounts or can have a minimum amount of gas for free -100 or 200 kilowatts per hour - but metering consumption is a must. Without [it], electricity cannot function properly.”

The dam spreads across the dividing line with Georgia’s breakaway region of Abkhazia. The world's second highest concrete arch dam, it is managed by both sides – Georgian and Abkhazian - and the energy produced is shared as per an agreement drafted in the 1990s after the conflict between the two sides.

Abkhazia, which in practise receives a share of energy larger than the agreement stipulated, has faced challenges similar to Svaneti’s, due to a boom in cryptocurrency mining.

“[In January] we manufactured about 2.5 to 3 million kWh in one day-night, which is very little. We will need to continue working like this until the flood season begins – which happens in March. Then the dam will start working with greater capacity, but it will have a difficult time functioning like this if the electricity usage is not reduced,” he concluded.

Up in Mestia, virtual currencies have lured unexpected individuals. After the oath in the St George church, one of the priests present reportedly confessed that he himself mined crypto currency and asked for forgiveness.