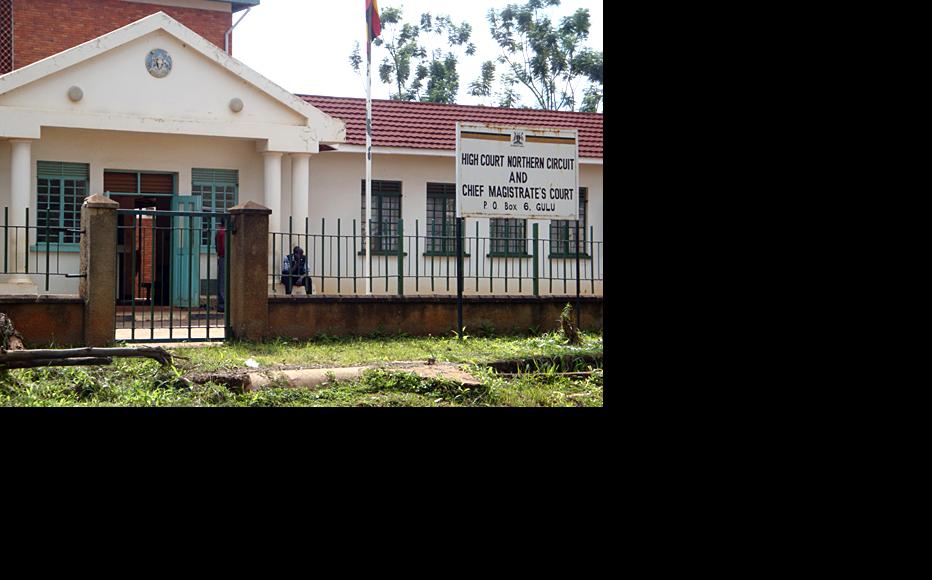 Experts say a number of hurdles need to be overcome for Kony to be tried at Uganda's High Court. (Photo: Simon Jennings)
The link has been copied

Reports late last year that Ugandan rebel leader Joseph Kony had discussed the possibility of surrendering have prompted questions about whether he might be put on trial locally, rather than being sent to the International Criminal Court (ICC) in The Hague.

Kony, the leader of the Lord’s Resistance Army (LRA), floated the idea in talks with the authorities in the Central African Republic, where his force is now believed to be based.

In 2005, the government of Ugandan president Yoweri Museveni referred the 20-year conflict with the LRA to prosecutors in The Hague. The ICC went on to charge Kony with 33 counts of war crimes and crimes against humanity committed in northern Uganda between 2002 and 2005. Although the conflict began in 1987, the ICC only has jurisdiction over crimes committed since its inception in 2002.

Three of Kony’s commanders – Vincent Otti, Okot Odhiambo and Dominic Ongwen – are also charged, although it is believed that Otti died in 2007. The ICC withdrew charges against a fifth suspect, Raska Lukwiya, in 2007 following confirmation of his death.

Since the ICC issued the arrest warrants, Uganda has set up its own war crimes court which can prosecute individuals for international crimes, including crimes against humanity and war crimes. The new section of Uganda’s high court, known as the International Crimes Division, was established to fulfil criteria for the proposed 2007 Juba peace agreement with the LRA, which failed to get off the ground.

Under Article 17 of the ICC’s founding treaty, the Rome Statute, the ICC would be able to hand Kony’s case back to Uganda if judges deemed that the state was investigating the case and taking credible steps to prosecute him for the same crimes with which he is charged in The Hague.

In recent months, Museveni has adopted an openly hostile stance towards the ICC. Following the election of Uhuru Kenyatta and William Ruto as president and deputy president of neighbouring Kenya last April – both of them facing ICC trials – Museveni accused Western leaders of using the court to “install leaders of their choice in Africa and eliminate the ones they do not like”.

At celebrations held in Nairobi last month to mark 50 years of Kenyan independence from British rule, Museveni said “sovereignty was being undermined” by the ICC’s work in Africa.

Sabine Klein, a research assistant at the university of Goettingen in Germany, argues that Uganda could put Kony on trial if it demonstrated that it was willing and able to do so. She described the country’s International Criminal Court Act of 2010 and the Geneva Conventions Act as offering “quite a good legal framework”.

“There is a way for prosecution of international crimes,” she added.

In order for Uganda to try Kony, the government would have to apply to ICC judges to have the case formally transferred.

“Uganda will need to simply investigate in a genuine manner and have the evidence ready,” David Donat Cattin of the NGO Parliamentarians for Global Action, told IWPR. “It should also submit an application challenging the jurisdiction of the court, presenting to the judges evidence that they are ready to prosecute Kony and other persons allegedly involved in the committing of the crimes.”

But if the Ugandan government decided to go down this path, it would still face a number of obstacles. One potentially major stumbling-block is an amnesty law was adopted in 2000 to aid the peaceful resolution of rebel conflicts and assist the reintegration of former combatants into society. Up to 26,000 former rebels, including LRA members, have been granted amnesty under this law.

In the only trial undertaken by the war crimes division to date, former LRA commander Thomas Kwoyelo successfully invoked the amnesty law to stop his trial. Uganda’s constitutional court ruled in September 2011 that Kwoyelo qualified for amnesty and should be released. In January 2012, the high court ordered the Amnesty Commission and the Director of Public Prosecutions to issue a certificate of amnesty to Kwoyelo. (For more, see Uganda: Future of War Crimes Trials in Question .)

The government is currently appealing that decision in the Supreme Court. and Kwoyelo remains in custody.

Following the Kwoyelo case, the government withdrew the crucial clause that granted amnesty, only to renew the law in its original form in May 2013.

Klein notes that putting Kony and his associates on trial in Uganda would only be possible if the amnesty law was “restricted”. so that it did not apply to those individuals indicted by the ICC.

Under a 2006 amendment to the amnesty law, Uganda’s interior minister can seek parliamentary approval to exclude an individual from receiving amnesty. But no such action has ever been taken, and it is not known whether the minister would take this action if Kony or other ICC suspects surrendered.

Besides the challenge presented by the amnesty law, it is unlikely that Kony would be tried under the International Criminal Court Act, even though this has been written into local law. A constitutional provision prevents the law being applied to crimes committed before it came into force. Although prosecutors wanted to try Kwoyelo at the new international court, he was instead charged under the Geneva Conventions Act and under the domestic penal code.

Another challenge facing Ugandan prosecutors is the absence of a robust witness protection programme.

Uganda’s Justice, Law and Order Sector, an agency which advises the government on judicial matters, has conducted research into how to set up such a mechanism, but nothing has yet been put in place.

A draft bill on witness protection was put before parliament in 2012, but it has not been passed.

Charles Tolit, a lawyer in the town of Gulu in northern Uganda, warned that in the event of a Kony trial, anyone giving testimony would thus be left vulnerable.

“There are powerful people from both sides [rebels and government] and these people are going to testify against [LRA leaders] so there is a need for a mechanism,” Tolit said.

Other challenges include conducting credible investigations of the horrific crimes committed in northern Uganda over a prolonged period. The mass crimes of which Kony is accused are difficult to investigate, and many years have elapsed since they occurred.

Prosecutors would also need to find evidence to tie senior leaders like Kony to atrocities carried out on the ground.

“These are crimes not committed by one person, but by groups,’’ Donat Cattin said.

In parts of northern Uganda where rebels committed atrocities during the insurgency, members of the Acholi ethnic group express a range of views about the idea of Kony being tried in Uganda rather than at the ICC.

Moses Odokonyero, president of the Northern Uganda Media Club in Gulu, told IWPR that because Kony fought against the government, it would be difficult for him to receive a fair trial in Uganda. Furthermore, a trial at the ICC could shed more light on the LRA insurgency.

“Kony may feel safer revealing more information about the insurgency that was previously unknown before the ICC than before the ICD, and this can open more grounds for further investigation by the ICC about what happened during the war,” he said.

But others in the region take a different view.

Ben Oketch, a motorcycle taxi driver in Gulu, told IWPR that the brutality of Kony’s crimes meant he needed to stand trial in Uganda.

“I hear that at the ICC the prisoners are well-treated, so why should a man who turned a deaf ear to people who pleaded for their lives and had their ears and lips cut off be treated well?” he said.

He added that the justice process would be more meaningful for victims of the conflict if it was conducted locally.

“Let Kony be tried here, where he can see the people who suffered for more than 20 years as a result of his orders,” he said. “We, the victims, need to see the man who killed our children, brothers, and sisters.”

Oroma Gladys is an IWPR reporter in Gulu.