Landmark ruling by ICC welcomed, but victims' rights groups think it should have gone further.

Landmark ruling by ICC welcomed, but victims' rights groups think it should have gone further. 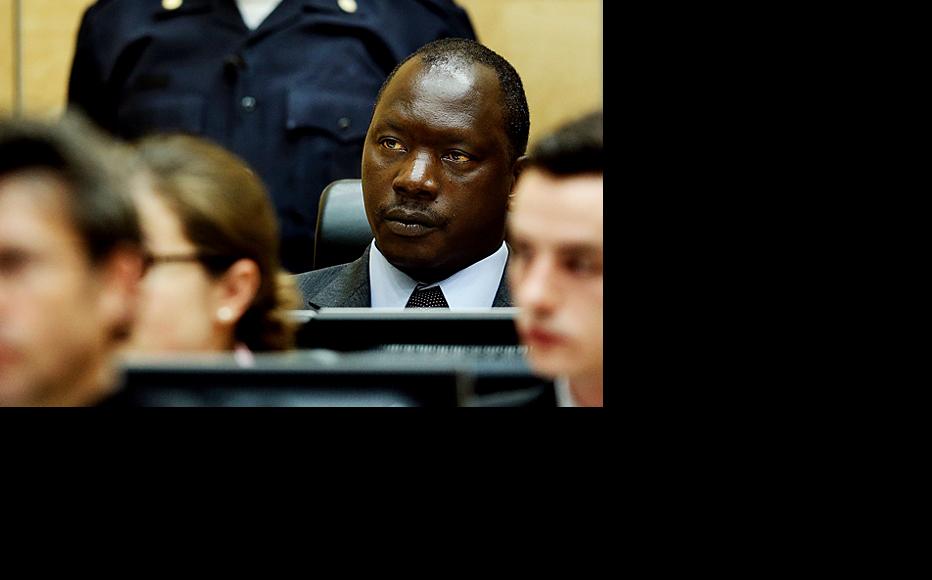 Thomas Lubanga Dyilo in the ICC courtroom for his sentencing hearing on 10-Jul-12. (Photo: ICC-CPI/Jerry Lampen/ANP)
The link has been copied

Convicted Congolese warlord Thomas Lubanga Dyilo has been sentenced to 14 years in jail, but he will have six years knocked off his sentence for the time he has already served in detention in The Hague.

Rights groups broadly welcomed the sentence passed at the International Criminal Court, ICC, in The Hague on July 10, although they expressed some disappointment that it did not fully take into account the long-lasting harm suffered by Lubanga’s victims.

Lubanga was convicted on March 14 this year of conscripting child soldiers under the age of 15 into his militia group – the Union of Congolese Patriots, UPC – and using them to participate in hostilities in the Ituri region of the Democratic Republic of Congo, DRC, between 2002 and 2003.

In view of Lubanga’s financial situation, ICC judges decided not to impose a fine on Lubanga, which they could have done under the terms of the Rome Statute, the court’s founding document.

“Despite extensive inquiries by the court, no relevant funds have been identified,” presiding Judge Adrian Fulford said as he read out a summary of the sentence.

Lubanga has been detained in The Hague since March 2006, when he was transferred from the DRC.

Judges rejected the defence’s request for time that Lubanga previously spent in prison in the DRC to be deducted from his sentence. Judges said they were unable to show that his incarceration in DRC was related to the crimes for which he has been tried in The Hague.

The defence can appeal against the sentence. The prosecution issued a statement saying it was now considering whether to appeal, and noted that it had requested a longer sentence “in line with the gravity of the crimes and the aggravating circumstances”.

It is not clear where Lubanga will serve his sentence at this point. Since the ICC has no facilities for incarcerating those it convicts, he will probably be transferred to one of the member states that support the court.

Judge Elizabeth Odio Benito issued a separate opinion dissenting from the conclusions drawn by the majority of the bench, indicating that in her view, Lubanga should have been sentenced to 15 years.

She suggested that the 14-year sentence did not adequately take into account the damage caused to Lubanga’s victims and their families, particularly from the harsh punishments inflicted on the child soldiers and the sexual violence suffered by many victims.

This view was shared by Redress, a London-based human rights organisation, which had been calling for the wider impact of Lubanga’s actions to be considered as part of his sentence.

“Child soldiers are often forced to attack their own villages or commit atrocities against their own families and neighbours,” Gaelle Carayon, ICC advocacy officer at Redress, said. “When they return home, they are stigmatised by their old communities. Many will have lost out on schooling, and find it difficult to go back. Being a child soldier is not just about being conscripted and put at risk of violence. The consequences are much further-reaching than that.”

Despite campaigning from women’s rights groups, sexual violence towards women did not play a part in determining Lubanga’s sentence. Although Lubanga was never charged with crimes of sexual violence, the ICC’s rules of procedure allow for additional crimes to be considered at the sentencing stage.

Judges agreed that “sexual violence, rape and congenital subservience” took place at the time when Lubanga was attempting to exert control over Ituri. However, they concluded that insufficient evidence had been presented to establish a link between this sexual violence and the recruitment of child soldiers of which Lubanga was convicted.

Judge Fulford had some harsh words for former ICC prosecutor Luis Moreno-Ocampo, who he said should have been more open to including sexual violence charges in the first place.

“The chamber strongly deprecates the attitude of the former prosecutor in relation to the issue of sexual violence,” said Fulford. “Not only did the former prosecutor fail to apply to include sexual violence or sexual slavery at any stage during these proceedings, including in the original charges, but he actively opposed taking this step during the trial when he submitted that it would cause unfairness to the accused if he was convicted on this basis.”

Although the failure to include sexual violence in the initial charges was not a factor in considering whether the issue should play a role in sentencing, Fulford indicated that the prosecution team had not managed to introduce sufficient evidence during the trial to warrant such a move.

Brigid Inder, executive director of the Women’s Initiative for Gender Justice, described the failure of the judges to account for sexual violence in their sentencing of Lubanga as “a devastating decision”.

“The Rome Statute contains the most advanced articulation in international criminal law of acts of sexual violence committed, particularly in armed conflict situations, and yet the first case for the ICC didn’t include any charges for gender-based crimes,” Inder said.

Inder believes that if the prosecution had been more systematic in building a case against Lubanga, it might have been able to dig up evidence demonstrating a link between the convicted war criminal and the crimes of sexual violence that judges acknowledge did take place.

“Unfortunately, the former prosecutor chose not to amend the charges when there was still time to do so, particularly before the confirmation of charges hearing back in 2006,” she said. “The charging decisions in this case hampered the progress all the way along, including at the sentencing stage.”

Inder said she was disappointed the judges did not recognise the widespread commission of acts of sexual violence, despite the number of prosecution and defence witnesses who gave testimony on this.

Moreno-Ocampo’s handling of the sexual violence issue was not the only rebuke he received from the ICC judges. Judge Fulford also criticised the way the prosecutor’s actions resulted in two stays of proceedings– something he said was prejudicial to the well-being of the accused, detained in The Hague since 2006.

“First, the prosecution gathered an extensive quantity of evidence under confidential agreements... leading to a failure to disclose exculpatory material,” said Fulford. “Second, the prosecution repeatedly failed to comply with the chamber’s disclosure orders.”

Both shortcomings by the prosecution led, on separate occasions, to stays of proceedings and provisional orders to release Lubanga.

Despite this, Fulford said, Lubanga was “respectful and cooperative throughout proceedings” – and this was taken into account in deciding the sentence.

Fulford also reserved some criticism for Moreno-Ocampo’s former deputy, Béatrice Le Fraper du Hellen , who, in an article in March 2010, made what judges considered to be “misleading statements” about the accused which were prejudicial to the case.

“There have been some unprecedented errors by the former prosecutor in this case... that we haven’t really seen [to the same extent] in other tribunals, and this has led to the very disappointing outcome that we have now seen,” said Inder. “People are hopeful that the new prosecutor will bring a new kind of leadership, improvements and changes to the ICC – building on things that have worked and on the skills that have been developed – in order to make the court more successful and effective in future prosecutions.”

One thing that should change, notes Inder, is an over-reliance on secondary material, such as media and NGO reports, in framing criminal charges. It would be far better, she says, to allow investigators to go out into the field and gather first-hand statements and base charges on that.

“This would likely lead to more effective charging, the successful confirmation of more charges and a clearer strategy for proceeding with prosecutions,” Inder said.

Disappointed by aspects of the sentence, human rights groups are now hoping that a separate decision on reparations will redress matters by making victims central to the case again. A ruling on reparations had been expected in parallel with sentencing, but judges took a last-minute decision to postpone this. (See Lubanga Verdict Prompts Debate on Reparations for more on this issue.)

Blake Evans-Pritchard is an IWPR reporter in The Hague.

Democratic Republic of Congo
War crimes
Connect with us