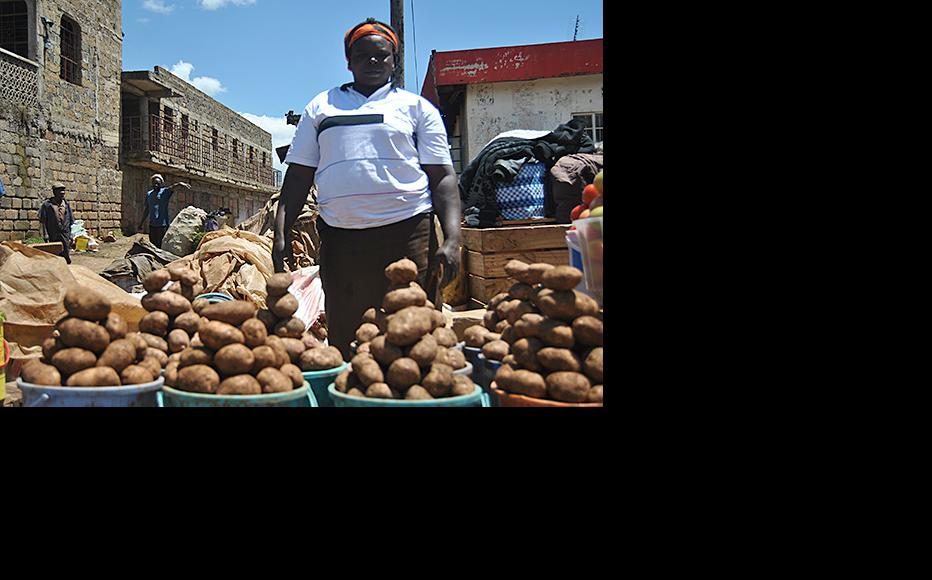 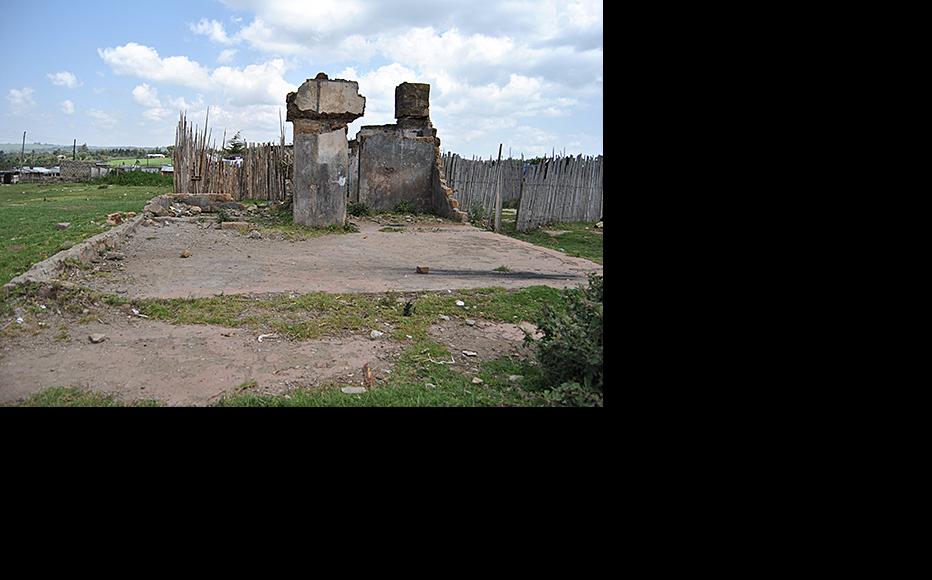 Buildings demolished during the 2007-08 post-election violence in Total. (Photo: Antony Langat)
The link has been copied

Members of an informal banking network in a small town in Kenya’s Rift Valley say their scheme is not only benefiting the local economy but also serving as a platform for inter-ethnic reconciliation.

The Rift Valley was at the epicentre of a two-month spate of violence that followed a disputed presidential election in December 2007. Across the country, more than 1,100 people were killed and over half a million people were forced from their homes.

When Kibaki was declared the winner, outraged ODM supporters alleged that the polls had been rigged.

Following the conflict, a power-sharing peace deal was brokered between the opposing political factions in February 2008.

The town of Total has a mixed population of Kalenjins, Kikuyus, Luos and Kisiis. Tensions among the different communities remained high well after the end of the violence.

Many people were displaced during the violence, and when they began returning in 2009, most found their homes occupied by others.

Many of the displaced people had little money to restart businesses destroyed in the unrest. Among them was Jane Mburu, a Kikuyu who used to own a shop in Total but lost her entire stock, worth more than one million shillings (10,000 US dollars) when she fled in 2008.

When she returned a year later, she was told she was not welcome.

“When we came back, the Kalenjin saw that their enemies had come back and there was animosity between us,” Mburu told IWPR. “One Kalenjin lady once told me that even though we had come back, we were not going to live here for long.”

According to Mburu, the mistrust extended to church services, where it was impossible to sit next to someone from a different community or shake their hand.

“We were so bitter as a community that even after coming back one could go to church and [have to] look for a seat where members of their community are seated,” Mburu said.

Instead of admitting defeat, Mburu teamed up with other women to create a financing mechanism for joint business ventures.

In a system called “table banking”, members pool whatever modest savings they have, allowing the group as a whole to make joint investments and provide a lending service at a minimal rate of interest.

“We also purchase land on behalf of willing members and then subdivide it amongst those who have contributed to buy,” Mburu explained.

The most recent Kenyan election in 2013 was peaceful and saw Uhuru Kenyatta, a Kikuyu, voted in as president alongside his former opponent, William Ruto, a Kalenjin who became deputy president.

Although both men are facing charges of planning and orchestrating the violence at the International Criminal Court in The Hague, they hailed their election as evidence that Kenya’s ethnic groups had reconciled.

However, the Kenyan government has been criticised for failing to address the underlying tensions that led to the conflict.

Some believe bottom-up efforts are a more effective way of building bridges between communities.

“The group came to an understanding that if Kalenjins and other tribes too came together in groups, it would be hard for them to target property [as] they have a share in them,” Mburu said. “Next to my shop is a cereals shop owned by a Kalenjin. In case of violence, he wouldn’t allow for the shop to be burnt since it would also affect his.”

Other members agree that the communal scheme has contributed to reconciliation.

Nancy Kariuki, a 50-year-old Kikuyu, is treasurer of Mwanzo Mwema, and believes its impartial lending policies have helped people move on from past bloodshed.

“The table banking group brings peace because even the non-members of the group and residents of Total do come and apply for loans, and we give them,” Kariuki said. “If we had differences or discrimination, we wouldn’t give them.”

“The group has helped a lot of people and has brought people together so I don’t think anybody is going to try and spoil what has been beneficial to him,” Kariuki added.

Asked how Mwanzo Mwema members and the wider community had managed past animosities behind them, she said it had not been easy.

“At the beginning there were obstacles and the fear to come together, but after some time… I forgave my attackers and we now even attend the same church,” she said.

“The table banking group has brought people together, and I believe this is a good thing for the community,” he said.

Mwanzo Mwema has made an enormous difference to the life of Violet Kayanja, 35. An ethnic Luhya, in 2008 she fled with her five children to the town of Kapsabet, northwest of Total, where she stayed with relatives for three years.

When Kayanja returned to Total, she had to face people who were responsible for driving her out of her former home.

“When I came back, it was hard living and working with my neighbours who are Kalenjins,” she said.

Kayanja earns a living from a roadside stall selling vegetables,

“At times I could put my potatoes out by the highway for sale and they would pour them out [on the ground] in a bid to frustrate me. It was a very trying time,” she said.

Five months after returning to Total, Violet started saving with Mwanzo Mwema, at first putting away as little as one hundred Kenyan shillings (one dollar) at a time.

Later on, she applied for a loan of 15,000 shillings (150 dollars) that allowed her to grow her business and buy a piece of land on which to build a new house.

She believes that as well as helping her find her feet, the Mwanzo Mwema scheme has helped foster peace in the town.

“The group has diverse membership from different tribes, and I see that in the group there is no discrimination based on tribes,” she said.

Mwanzo Mwema has proved so successful that other microfinance schemes have expressed an interest in joining up with it. However, one of the group’s requirements is that members come from different ethnic groups, and while similar schemes operate elsewhere in the Rift Valley, they lack this collaborative element.

Recent events in Kenya have heightened fears of new tensions between ethnic groups. A spate of attacks that mostly targeted members of the Kikuyu community on the eastern coast in June left nearly 100 people dead.

Although the Somali Islamist group al-Shabab claimed responsibility for attacks on the towns of Mpeketoni and Maporomoko, President Kenyatta described this as “politically motivated ethnic violence against a Kenyan community”.

In early July, the political opposition held a rally in Nairobi to press for a referendum on a list of current problems, including the security situation. The rally passed off peacefully.

The row prompted fears across Kenya that further political exchanges of this kind could reignite ethnic tension.

Philip Koskei, 52, a Kalenjin who lives in the town of Kaptembwo near Total, owns a maize mill which he opened after the 2008 violence. He believes that Kenyan politics are as incendiary as ever.

“People are living together well now, but things change when elections come and people turn against each other,” he said.

Evaline, a Luo who also lives in Kaptembwo, agreed.

“People are living here in fear because even before [the opposition rally], there had been leaflets dropped here telling the Luos to leave,” the 35-year-old businesswoman said. “Some families I know went home and were in their rural homes during [the rally].”

While Mwanzo Mwema members do not see it as a magical solution to ethnic divisions, they believe it can help different communities coexist.

“It was hard at the beginning, but with time we have learnt to live together peacefully, though I can’t easily forget what happened,” Violet Kayanja said. “Even though it at times changes, we can now see that there is peace.”

Anthony Langat is an IWPR contributor in Nairobi.