What the fall of the Islamic State means for the region.

What the fall of the Islamic State means for the region. 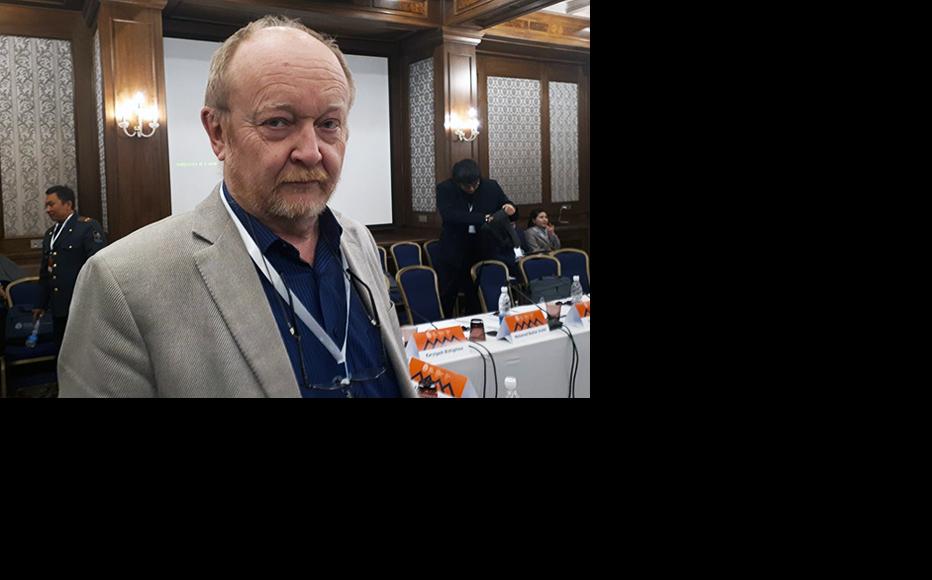 Aleksey Malashenko, chief researcher at the Dialogue of Civilisations institute. (Photo: Timur Toktonaliev/IWPR)
The link has been copied

Although interest in Islam has been rising across Central Asia since the fall of the Soviet Union, manifestations of Islamism have been met with state repression. This has not served to quell interest in radical forms of the religion. In recent years, thousands of Central Asian citizens have travelled to fight with the Islamic State (IS) in Syria and Iraq. As the group’s grasp on its territory steadily weakens, Aleksey Malashenko – chief researcher at the Dialogue of Civilisations institute - looks at the possible consequences of fighters returning to the region and the future of political Islam.

IWPR: Tracking the history of IS and the fate of its followers from our region, how much of a danger do these radicals present?

Aleksey Malashenko: First of all, there are not so many diehards… [their influence] so far is slight and even exaggerated by [Central Asian] governments to show a threat, and that people need to rally around their leaders to counter this threat.

If any economic collapse or public anger over the government begins somewhere for reasons beyond IS control, these people can join the crowd given their bigotry and fighting experience. I don’t see any prerequisites for such a violent revolt so far.

Do you think the IS project will continue?

The IS project is closing. Slowly, but surely. But the concept of a religion-based state does, and will, continue to exist. A future version of a similar structure is inevitable. I think there would also be people who will steer a middle course. It’s hard to say where it will be, but there are many places in the world where it can easily happen.

There are always malcontents. Especially in countries with economic problems and corruption. Social and political protests in the Muslim world often take religious form. That’s why this phenomenon will persist, to a greater or lesser degree.

You say the concept of the so-called Islamic state can be reborn in any part of the world. What will it depend on?

It will depend on a common ideology in the Muslim world, because people want to rebuild the state based on their religious identity. For example, it’s known that the first proto-state was built by Prophet Muhammad. We can discuss this endlessly, but for the average man in the street, who is disappointed in the current state… it’s a tempting idea to turn to the concept of the Islamic state. It’s not about beheading on the streets, but it’s about thinking “why not?”. It has political and legal aspects, sharia law, the experience of the seventh century.

But I think there is little chance [of this happening] in Central Asia. First of all, it has a more moderate, traditional Islam. Second, it has no successful experience.  There used to be Hizb ut-Tahrir, but now it has gone; the Islamic Movement of Uzbekistan has discredited itself. The Islamic Renaissance Party of Tajikistan (IRPT) was the only positive experience, in my opinion, and the fact that the party was dissolved and banned was not the best way out because the protest mood didn’t disappear and the next generation could have more radical beliefs. I think a moderate Islamic opposition is a must.

What do you think about the debates in Kyrgyzstan related to religion, for instance, requests for special swimwear in swimming pools, for laws lengthening the Friday lunch break for prayer and for removing the theory of evolution from biology textbooks?

These are complicated things. The removal of Darwinism was once attempted in the United States – they called themselves fundamentalists, not Islamic, but Protestant. [In Russia], this is a perpetual process. You can see it broadcast on Russian TV that ‘the earth is not round’. What can we do about it? I think there will always be attempts… but it won’t lead to destabilisation, if the authorities treat it properly. Those who want to remove Darwin won’t demand it holding weapons. They can fight, discuss, hold round tables with the participation of Darwinians and anti-Darwinians.

In the last ten years, Islam has been high on the agenda of Central Asian countries. The number of mosques and worshippers is growing, as are events, discussions and debates. What will be the outcome?

Ten years ago, was there anybody who talked or wrote about IS? Did anyone ever think that a representative of Muslim Brotherhood [Mohamed Morsi] would be the president of Egypt? Only insane people could think so! It turns out that everything is possible.

Everyone wants stability. But if there’s any reason for discontent, the Islamic factor will come into action just as anywhere else: in Turkey, Algeria, Libya. Central Asia is not an exception in this regard.

What should Islam be like in a modern secular state?

Diverse. Islam has three trends: conservative, modernistic and fundamentalist-reformatory. Which one will prevail and where? At which social level? At which level of consciousness? In which environment? All three trends are available. Those who call themselves fundamentalists also call themselves reformers. There will be no single model; there are 1.5 billion Muslims.

This publication was produced under the IWPR project Forging Links and Raising Voices to Combat Radicalisation in Central Asia.