Can Final Mladic Verdict Give Hope for Justice in Syria?

Campaigners note lessons and warnings as the UN tribunal ends its work.

Can Final Mladic Verdict Give Hope for Justice in Syria?

Campaigners note lessons and warnings as the UN tribunal ends its work. 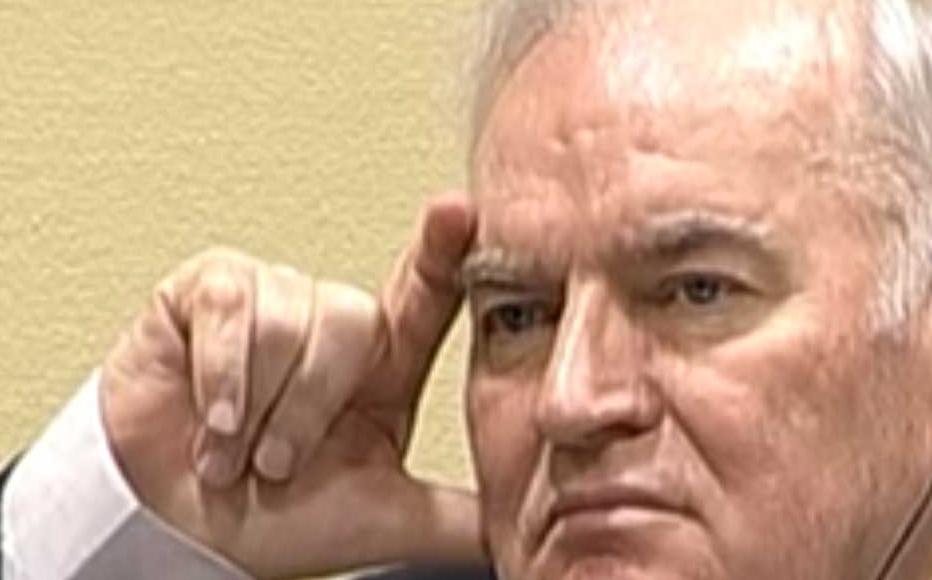 Ratko Mladic, a former Bosnian Serb military chief will spend the rest of his life in prison. © ICTY
The link has been copied

The recent appeals decision to uphold former Bosnian Serb army chief Ratko Mladic’s life sentence had special significance for many survivors and victims of the 1992-1995 conflict.

The 78-year-old was convicted in 2017 on charges of genocide, crimes against humanity and war crimes including the 1995 killing of more than 8,000 Muslim men and boys in Srebrenica.

But the final verdict was in his case was also important for many seeking justice in other conflicts, with the growing expectation that those responsible for mass crimes in conflicts such as Syria will be held to account in some way.

Here, two IWPR partners - Fadel Abdul Ghany the founder and chairman of the Syrian Network for Human Rights and Mona Zeineddine, programme manager at the Women Now for Development NGO – discuss how that might translate into reality for Syria.

IWPR: What hope should be the final Mladic verdict give to those seeking justice for Syria?

Mona Zeineddine: The Mladic verdict may give many Syrians hope, as the investigations and prosecutions concerning the former Yugoslavia began with individuals with lower responsibilities in the chain of command but over a long process led to the prosecution of high-ranking war criminals. Though having said that, it remains a criminal justice process concerned with prosecuting individuals rather than transforming structures that brought about mass violations. Without transforming political, social and economic structures, it’s unlikely that these atrocities won’t happen again.

Fadel Abdul Ghany: As far as the recent judgment on Mladic is concerned, it gives us, as Syrians, several messages that we need to understand: the first is that these processes are one of international legal accountability, which takes a long time to be recognised. This also needs to be followed up and not abandoned. This targets one person, but that person symbolises the whole system. We are talking about the top level of perpetrators.  It’s not comparable to the jurisprudence that is taking place with regard to Syria. If we are talking about 100 degrees of responsibility, maybe they are going after those who are in the 97th or 98th degree of the regime's hierarchy, like Anwar Raslan and Iyad Gharib. [Gharib, a former Syrian intelligence officer was convicted in Koblenz, Germany earlier this year of being an accomplice to crimes against humanity. The trial of his superior, former brigadier general Raslan, is expected to conclude in October in the same court.]

But in the trial of Mladic, we are talking about the first tier, the top five per cent. This man was one of the butchers, so he has his symbolism, but it took a long time. It is true that this symbolises a condemnation of what happened in the history of Bosnia، and an international disavowal of the former regime, but the long time it took requires a lot of patience and struggle.

The second key point is that we cannot rely solely on international law as the only method of accountability. There is no alternative to domestic processes, and therefore there must be constitutional and judicial reform, all of which must take place as part of transitional justice. Otherwise, a fragile stability and peace will be achieved at the expense of justice. This was the experience of Bosnia despite the processes that we have seen: fragile stability because many of the criminals are still in Bosnia; people see them and know that so-and-so was a fugitive and committed massacres, but he is free, goes among the people, has money. What happened in Bosnia was not a successful experience because the international community wanted to close the file by creating 'stability' at the expense of justice and accountability.

What lessons can be learned from international justice processes such as the ICTY in terms of witness testimony and advocacy?

MZ:  We saw the limitations of the criminal justice process, in terms of how many survivors can participate as witnesses or victims. There was also the fact that the processes can be very taxing for those providing testimonies, and especially women and other marginalised communities.

FA: We have to ensure witnesses are protected in terms of their security and livelihood, which human rights organisations alone cannot do. Maybe the witness needs asylum, maybe he or she has been injured and is disabled, lost their job and the ability to integrate into society, especially women who have been abused.

In the absence of a special tribunal for Syria, what successes can you point to in terms of progress towards justice?

MZ: International justice cannot be separated from political will and a comprehensive criminal justice process for Syria needs an international political climate interest in holding perpetrators accountable.  Investigations that have took place in the national courts of some European countries, under the principle of universal jurisdiction, have led to structural investigations and the gathering of very important information concerning the context in which these mass crimes took place. In Germany, this led to the Koblenz trial which is a small but important step in Syria’s long road towards a more comprehensive criminal justice process.

FG: The ICTY did not hold all the perpetrators accountable, it only held the first few ranks. That is what international law does, the majority is left to national law. We don't want to rely only on international law, but have to prepare to have national and local trials, those at the regional and governorate level. We hold these criminals accountable, name and shame them, and they do not take positions, especially the most prominent among them. The lower tier of perpetrators can be pardoned in exchange for documented apologies and offering compensation to society, because our goal is not revenge. At the same time, we cannot simply turn the page; the top perpetrators must be held accountable and exposed and condemned without lenience.

Beyond the courts, what other transitional and/ or restorative justice processes could be instituted in the Syrian context?

MZ: There are processes conducted by civil society actors that are working to better understand what justice means to members of society that often are marginalised from formal justice processes, such as women. The initiatives come in the form of oral history projects, participatory feminist research, and services related to educational and vocational training, job opportunities, and psychosocial support that help victims and survivors of the different atrocities in Syria rebuild their lives