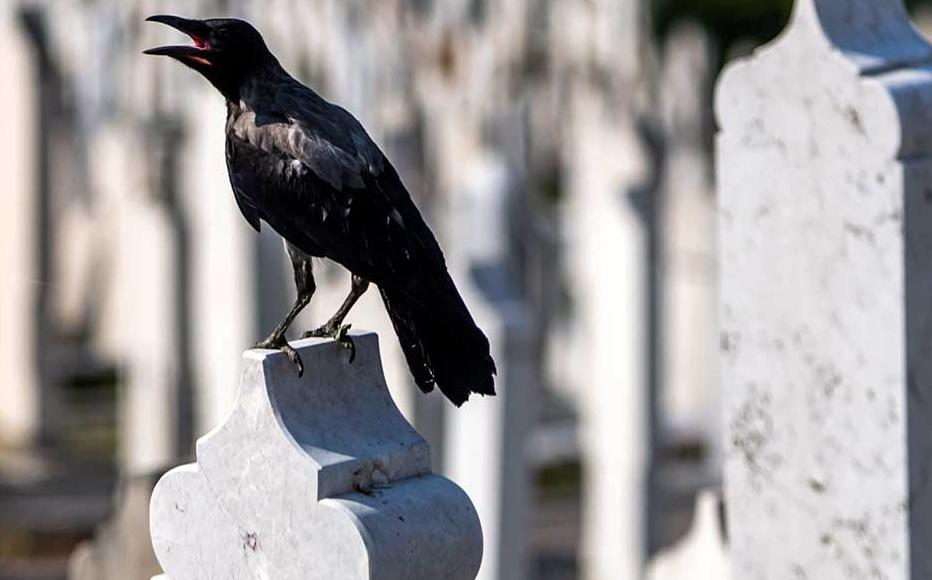 A view of the city cemetery in Sarajevo – a constant reminder of the war that took place in Bosnia and Herzegovina from 1992-95 and saw over 100,000 dead. © Matej Divizna/Getty Images
Comment

Bosnia: The Lesson We Learned from Afghanistan

Amid mounting crisis, another armed conflict is more plausible than at any other time since the end of the 1992-95 war.

A view of the city cemetery in Sarajevo – a constant reminder of the war that took place in Bosnia and Herzegovina from 1992-95 and saw over 100,000 dead. © Matej Divizna/Getty Images
The link has been copied

When Afghanistan's capital Kabul fell to the Taleban in just a few days last summer, it became clear to a stunned world that two decades of progress would be reversed overnight. At the time, many analysts warned that a similar scenario was looming in Bosnia and Herzegovina, and could be prevented only by swift and resolute action by the international community.

And they may be right. The situation is deteriorating at such an alarming rate, with Bosnian Serb separatists increasing their inflammatory rhetoric and continuing to push for secession, that another armed conflict is more plausible than at any other time since the end of the 1992-95 war.

Although there are many differences between the situations in Bosnia and Afghanistan, including the roots of the problem and the solutions imposed, they have both been let down by the Western powers’ lack of clear long-term strategy, fatigue with local players, and policy inconsistencies that allowed disruptive forces to flourish both inside and outside these two countries.

Previously, this scenario was difficult to imagine because the memories of Bosnia's bloody conflict in which 100,000 people were killed and hundreds of thousands displaced were still too fresh in everyone's memory. The 1995 US-brokered Dayton Peace Agreement divided Bosnia into a Bosniak-Croat Federation and a predominantly Serb Republika Srpska (RS), linked by a central government.

While Bosnian Serb leaders, most notably hard-line nationalist politician Milorad Dodik, had threatened secession from Bosnia for years, until recently they never took concrete steps to make it happen.

What has now changed to make once empty threats suddenly a very real possibility is Moscow’s renewed and highly disruptive interest in the region.

Croatia's former foreign minister Vesna Pusić told N1 television last week that “Russia is responsible for all the recent tensions and crises in the Western Balkans, not just in Bosnia”. According to Pusić, Russia's goal is to get a reaction from the EU, which imposed sanctions after its 2014 annexation of Crimea, and to use the influence it has on Serb leaders in Bosnia as a bargaining chip.

“Dodik is just an implementer of Russia’s policy towards Bosnia because this country can strengthen its position in the Western Balkans only by destabilising the region,” Trnka recently told Federal Television. “Bosnia and Serbia are the only countries in the Western Balkans which are neither members of NATO nor the EU, and Russia wants to fill in this void with its presence and influence.”

Although Dayton created a very complex, expensive and often inefficient political system, the idea was that it would be improved in time, when war wounds healed and all three main ethnic groups – Bosniaks, Serbs and Croats - realised that it was in their interests to work together building a strong, functional state.

Significant progress was made in the first ten years after the war, but ethnic divisions and disruptive influences - first from neighbouring Serbia and Croatia, and later from Russia - slowed down reforms necessary for joining the EU and NATO.

For the past 12 years, the post of the High Representative was occupied by Austrian diplomat Valentin Inzko, whose mandate expired at the end of July this year. Inzko did not impose a single law until, only a few days before he left office and handed over to German diplomat Christian Schmidt, he banned the denial of genocide and glorification of war criminals.

Between 1993 and 2017, the Hague Tribunal established by the UN indicted 161 individuals for war crimes and sentenced 91 perpetrators. In 2004, the Tribunal ruled that the crimes committed by Bosnian Serb forces against 8,000 Bosniaks captured in the eastern Bosnian enclave of Srebrenica in 1995 amounted to genocide.

Bosnian Serbs, whose military and political leaders were also on trial for genocide and other war crimes, have continued to reject the Tribunal’s rulings, especially those related to Srebrenica. Inzko said that he had introduced the new law because he was deeply concerned “that prominent individuals and public authorities in Bosnia and Herzegovina continue to deny that acts of genocide, crimes against humanity, and war crimes were committed during the armed conflict”.

Soon after, Dodik – the Bosnian Serb member of the tripartite state presidency and the strongest proponent of RS independence - declared that this law was “the nail in Bosnia's coffin” and left no other option but dissolution.

The following month, Dodik's party Alliance of Independent Social Democrats (SNSD), with support from the RS opposition, began obstructing the work of all state institutions. Dodik also openly challenged Schmidt’s authority, continued to deny the Srebrenica genocide, and announced RS’s plans to withdraw its representatives from all state institutions, including the armed forces.

At this point, it was clear that Dodik – blacklisted by the US in 2017 for obstructing Dayton’s implementation - had crossed a red line. According to a document leaked to several Bosnian media outlets, he has even laid out an elaborate plan of how RS can form its own institutions, including armed forces and intelligence agency.

Many believed that Dodik and his cronies would now face EU sanctions, in addition to those imposed by the US, if the dissolution of Bosnia and a possible armed conflict were to be prevented.

However, the response from the US and EU has been very weak, fuelling fears among the Bosnian population in both entities that another war might be inevitable.

As tensions escalate, the international community's actions will be of crucial importance in the coming days and weeks.

Dayton still invests powers in Schmidt including the ability to remove from office all individuals who threaten the country’s peace and stability. But he also has to tread carefully, because it is not clear whether Dodik's removal from power would bring relief or create an even bigger crisis. Some have raised concerns that, if removed from power, Dodik might be perceived as a martyr and that his supporters would press for secession even more ferociously, refusing any compromise.

Gabriel Escobar, the US deputy assistant secretary overseeing Western Balkans policy, is in Bosnia this week, where he will hold meetings with politicians from all sides in an effort to diffuse the growing tensions. Before his trip to the region, Escobar reassured the citizens of Bosnia that there would be no war, adding that all options – including sanctions against those threatening the peace agreement - were on the table.

Indeed, despite a lack of EU consensus, several member states are apparently considering imposing sanctions on Dodik and his cronies.

What is clear is that something has to be done, and soon. The threat of a new war in Bosnia is real and devastating. If we learned anything from the events in Afghanistan last summer, it's the fact that regression can and does happen if a looming crisis is ignored long enough.

Merdijana Sadović is IWPR regional director for the Western Balkans.

Bosnia and Herzegovina
Crisis, Conflict, Sanctions
Connect with us