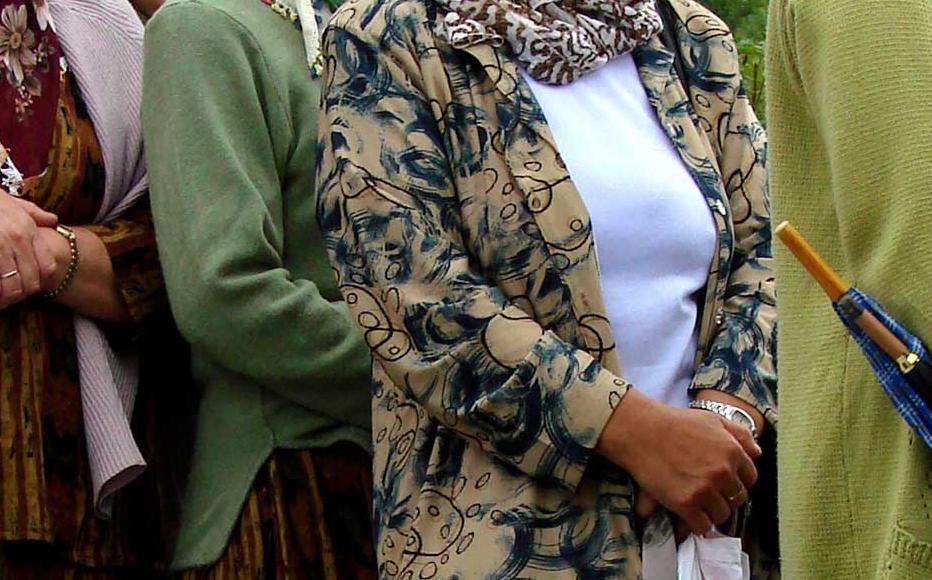 Bosniak women mourn victims of the Srebrenica massacre. © Adam Jones/Flickr
The link has been copied

When the Hague tribunal last month sentenced former Yugoslav army chief Momcilo Perisic to 27 years in prison for aiding and abetting crimes committed in Bosnia-Hercegovina, BiH, and Croatia in the early Nineties, Serbian defence minister Dragan Sutanovac reacted swiftly. He told Serbia’s media on September 7 - one day after the judgement had been issued - that the sentence was “too severe” and that he felt sorry for Perisic.

“I believe it is high time we stopped indicting and sentencing people for war crimes and turned towards the future. We have to stop opening the old wounds and talking about the past,” Sutanovic said.

Shortly after he made this statement, ten NGOs in Serbia issued a protest letter in which they condemned his words as “scandalous”.

One of the signatories of this letter, Jelena Milic from the Centre for Euro-Atlantic Studies in Belgrade, said it was not just Sutanovac’s suggestion to sweep the past under the carpet that was worrying, but also the fact that no-one from the Serbian government condemned his statement.

According to Milic, this raises serious doubts about Belgrade’s attitude towards war crimes committed in the former Yugoslavia.

“If the ruling parties do not distance themselves from such statements, then the whole idea behind local war crimes courts and punishing perpetrators will be jeopardised,” she said.

HAVE TRIALS ESTABLISHED THE TRUTH?

A special United Nations Development Programme, UNDP, report, Facing the Past and Access to Justice, which was published in April this year, shows that for the vast majority of BiH citizens the 1992-95 war continues to cast a shadow on their lives.

According to the report, “The burden of the past most often arises from imprecise and incomplete knowledge about the past, as the majority of respondents [of a UNDP survey] think that the facts about the war have not yet been largely established.”

The report also states that full knowledge of the past is a precondition for an individual or a group to make sense of what happened.

Observers believe that war crimes trials held at the Hague tribunal and in local courts are the best and most reliable source of facts about the Balkan wars of the Nineties – however the UNDP survey suggests that the findings of these courts have not been widely accepted in Bosnia.

When asked whether they thought that relevant facts about the war in BiH have already been established, 42.1 per cent of Bosniaks and 35.3 per cent of Croats said yes, compared to only 15.6 per cent of Serbs.

According to UNDP, the apparent reason for such answers among Serbs is a belief that information about the suffering of Serbs, as opposed to the suffering of Bosniaks and Croats, is not sufficiently known, neither through trials in BiH courts nor at the Hague tribunal.

So far, the Dutch court has completed proceedings against 126 persons accused of war crimes, while trials are ongoing for another 35 indictees. Also, Bosnian war crimes courts have completed dozens of cases, but thousands still need to be dealt with.

Although prosecuting war crimes has been a painfully slow process, many believe it is the only way of forcing people in the Balkans to face their recent past. However, most observers in Bosnia agree that expectations of the war crimes courts have been somewhat unrealistic.

Federal deputy minister of justice, Goran Simic, claims these trials should only be one of the mechanisms for establishing the truth about the Balkans wars because they cannot provide a full picture of what really happened.

“We can compare information we get at war crimes trials with a puzzle. If we have, for example, 1,700 cases of war crimes and have so far completed a little more than 300, it means that we still have 1,400 pieces of the puzzle missing. It would be pretentious to say that we can interpret what really happened based on a limited number of pieces of the puzzle we have put together so far,” Simic said.

Aleksandar Trifunovic, editor of Buka, a popular news portal in Banja Luka, believes facing the truth about the recent past is the biggest problem for all ethnic groups in BiH who, in their minds, are still at war with each other.

“The way we are dealing with the past is in a way continuation of war. We see enemies in others. Only our point of view seems to matter, while the arguments of the other ethnic groups are seen as an attack against what we fought for and what we were, allegedly, defending,” he said.

Trifunovic claims that none of the three former warring sides in the Bosnian war want to focus on finding out the truth about what happened.

“Each of us, in some way, can be hurt by that truth. But being hurt and reaching catharsis is inevitable if we want to achieve reconciliation in this country,” he said.

ROLE OF NGOS IN DEALING WITH THE PAST

Mirsad Tokaca, director of the Sarajevo-based Research and Documentation Centre, RDC, claims that while Bosnian state institutions are to be blamed most for not helping people come to terms with their recent history, non-governmental organisations, or NGOs, are not entirely immune from criticism, either.

“NGOs in BiH are polarised in many ways and influenced by politics. There are very few NGOs that seriously approach the issue of facing the past, without discriminating against the victims based on their ethnicity,” he said.

Edita Colo from the Catholic Relief Services, CRS, said that “only a few NGOs in BiH are completely independent from the authorities and politics”.

“As a result, they often cannot work together successfully,” she added.

DIALOGUE AS A TOOL OF RECONCILIATION

Melina Sadikovic, from the Centre for Interdisciplinary Postgraduate Studies, CIPS, at the University of Sarajevo, believes that establishing facts is important, but what matters even more is understanding the causes of violence that occurred, so that perpetrators can be condemned.

“If we put more energy into talking to each other and understanding each other, much more would be accomplished and we would be closer to the truth,” she said.

“Establishing facts about a war is a never ending process. People should definitely talk about their wartime experiences, but also find the right way to communicate with each other."

Sabina Cehajic Clancy, professor of political psychology at Sarajevo School of Science and Technology, has produced a study, Truth and Reconciliation, which deals with the psychological aspect of admitting crimes and revealing the truth in BiH society.

In her research, which she has been conducting in BiH for the past eight years, Cehajic Clancy has concluded that a very small number of people are willing to participate in a discussion about the war. Even a smaller number of them are ready to admit that members of their ethnic group committed crimes.

“The reason for that is simple – people identify with their ethnic group too much. As a result, most BiH citizens have a strong psychological need to defend their own image and identity through defending those accused of being perpetrators of war crimes,” Cehajic Clancy said.

She added that because of this strong identification, people will do all in their power to somehow twist the past through the justification and rationalisation of crimes, and dehumanisation of other ethnic groups.

Cehajic Clancy said that her research has shown that the most important tool of reconciliation is dialogue. She pointed out that people of different ethnic backgrounds who communicate with each other regularly are much more willing to reconcile with each other than those who have very limited contact with others.

“This contact is very important. Isolation and ethnic homogenisation leads the whole of society backwards,” she said.

The Bosnian authorities have long been aware that war crimes trials alone will not be enough to set the wartime record straight and assist the process of reconciliation. In January 2010, the Bosnian government, in cooperation with the UNDP, began developing a national strategy on transitional justice.

A group of 15 representatives of state institutions, civil society and independent experts have been tasked with developing a national strategy for recovery from conflict and widespread human rights violations in the early Nineties. The strategy is expected to address the broader social and economic consequences of such violations by responding to the needs of society and regaining the trust of citizens in state institutions.

A draft of the strategy should be finished in the following weeks, and after first reactions are gathered and possible modifications are made, the strategy will be sent to Bosnia’s Council of Ministers for approval.

The Bosnian authorities and the UNDP hope that the implementation of the strategy on transitional justice, which will complement the strategy for processing of war crimes in Bosnia, will make a crucial contribution to encouraging public trust in the reconciliation process.

“The public does not accept even the successful official projects related to establishment of the truth, which is yet another reason to continue looking for a consolidated approach in telling the truth,” the UNDP report states.

According to Cehajic Clancy, implementing processes and strategies whose aim is to encourage reconciliation has to be a joint effort if it is to succeed.

“Everybody, from civil society to the educational system and state institutions have a responsibility to actively take part in all processes which will help Bosnia face its past,” she said.

Mirza Ajnadzic and Ajdin Kamber are IWPR-trained reporters in Sarajevo.

This article was produced as part of IWPR’s Tales of Transition project funded by the Dutch government.

Bosnia and Herzegovina: Tales of Transition
Connect with us