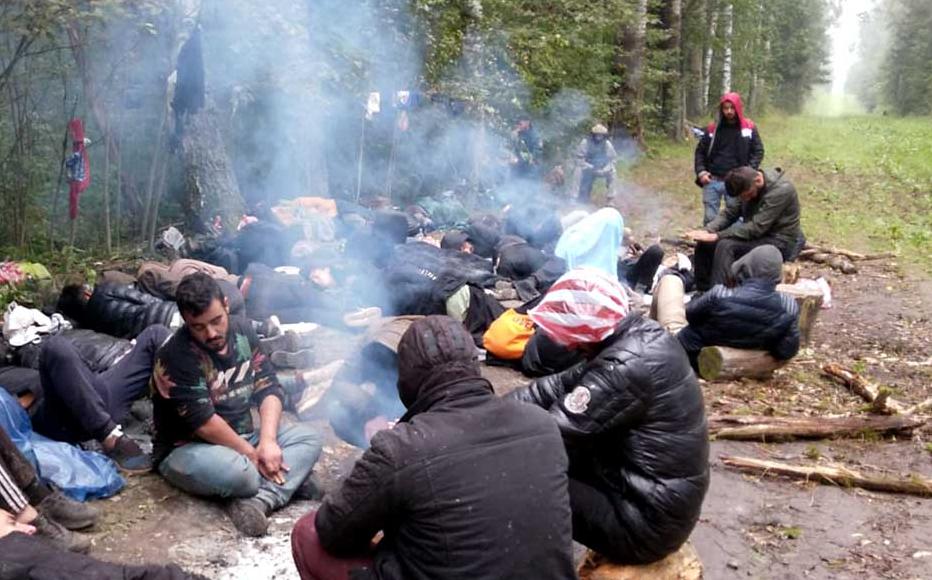 41 migrants from Iraq had to make a camp right on the border between Belarus and Latvia, while none of the border guards allowed them to enter neither Belarus, nor Latvia. © Rawa Yasen 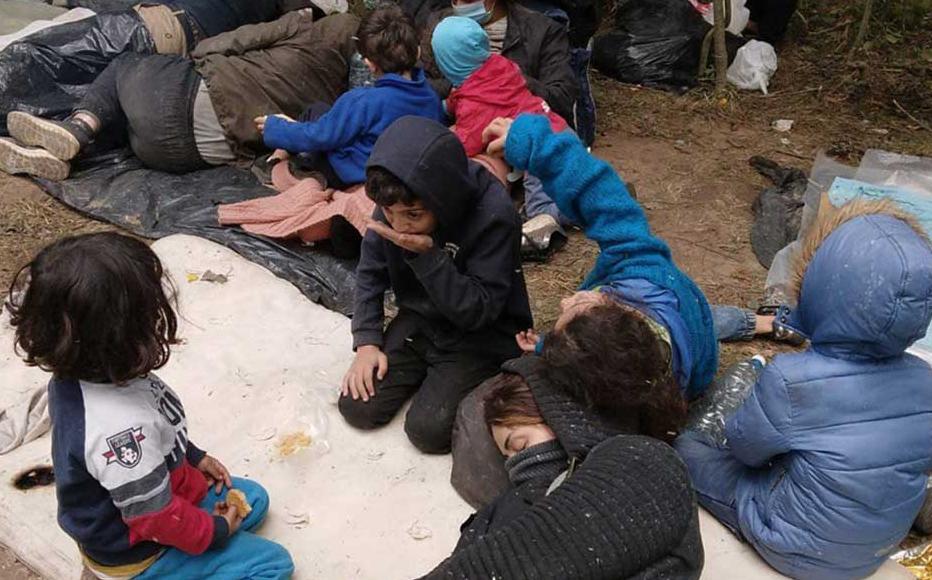 41 migrants from Iraq had to make a camp right on the border between Belarus and Latvia, while none of the border guards allowed them to enter neither Belarus, nor Latvia. © Rawa Yasen
The link has been copied

Rawa Yasen, from the northern Iraq city of Erbil, has been living in a forest on the border between Belarus and Latvia for more than a week now. The 19-year-old and his parents are among dozens of people, including babies and children, forced to sleep rough and light fires to try and keep warm.

“We sleep on the ground in the forest,” Yasen said. “It’s so cold here, the fire doesn’t help. When the rain starts we do can’t do anything, we just wait until it ends. Children put on bin liners during the rain. They are sick.”

Large groups of people in a similar situation - including dozens of Afghans who have been trapped for up to a fortnight - are stuck on the border between Belarus and Latvia, with border guards of both countries refusing to let them in. Human rights activists say that their rights are being violated both by Belarus and Latvia, as the migrants fall victim to a political power play by Belarusian President Alexander Lukashenko.

The Belarusian authorities have not hidden their involvement in the crisis, which follows EU restrictions imposed on Belarusian air carriers after the May diversion of a Ryanair flight to allow the Minsk authorities to arrest an opposition activist.

“We stopped drugs and migrants - now you will catch them yourself,” Lukashenko told parliament, adding that threats that Belarus would cease to control its western borders.

Since then, Lithuanian border guards have been detaining large numbers of people on the border, sometimes up to 200 people a day. In a seven-month period, more than 4,000 migrants who arrived from Belarus have been detained in Lithuania, 50 times more than in all of 2020. Most of them are from Iraqi Kurdistan.

“This is a hybrid attack on Lithuania by the Lukashenko regime,” said Maksimas Milta, associate analyst at the Eastern Europe Studies Centre. “The Belarusian authorities are sponsoring an illegal migration scheme that starts in Baghdad and ends at the Belarusian-Lithuanian border. Its goal is to destabilise our domestic policy, so that Lithuania will reconsider its attitude towards sanctions against Belarus.”

In the meantime, hundreds of people are trapped, on one hand not allowed to enter Latvia, Lithuania and Poland – and on the other, Belarusian border guards do not let them return to Belarus.

Yasen said he had flown to Minsk in early August with his parents and a group of friends seeking “a better life”. From Minsk then they joined a group of 26 people being taken to the border at night, told that they would reach the crossing to Latvia after an hour’s walking. However, Yasen said that they walked for six hours before stumbling upon Latvian border guards who forced them to return to Belarus.

When the migrants reached the nearest Belarusian village, according to Yasen, residents called the border guards. They in turn promptly showed them the route back to Latvia and escorted them to the border. This was repeated five times, with the group sometimes travelling up to 20 kilometres in a day along the border areas. During this time, the migrants met another group of 15 Iraqis, and now all 41 people are living on the border between Belarus and Latvia.

“We have been switching between Latvia and Belarus for ten days,” Yasen said. “Border guards sometimes hit us, and don’t let us in. They say they can’t help us.”

Eventually, some tried to return to Minsk and fly back to Iraq. However, the Belarusian border guards refused to let them in and told them their passports were invalid.

“One day we went to a Belarusian village and wanted to take a taxi and go to Minsk. But the border guards showed up and again brought us back to Latvia,” Yasen said.

The state border committee of Belarus argues that it is the Latvian authorities who are to blame for the current situation. If migrants are seeking asylum in Latvia, border guards must consider their applications.

Anton Bychkouski, spokesman for the state border committee, said that the fact that migrants were returned to Belarus “with the use of force and threats” was a violation of international law.

“We consider these actions as contrary to the rights of refugees,” he continued. “And an attempt to return them to Belarus is an attempt to violate the state border.”

The EU has a different view of the problem, arguing that Belarus President Alexander has artificially created the migrant crisis on the border. On August 17, German chancellor Angela Merkel condemned Lukashenko for using refugees to put pressure on the EU.

"This hybrid kind of confrontation, as used by Belarus, is an attack on all of us in the European Union," Merkel said.

Human rights activists say that the responsibility for stranded migrants lies with the authorities of both countries. According to international obligations and national legislation, Latvia must allow people who apply for protection to enter its territory, said Alena Chekhovich, a representative of the Human Constanta NGO.

She noted that Belarus was also violating its obligations in the current situation. Not only had it failed to protect its state border properly. but if people have a Belarusian visa and it is obvious that they got to the neutral zone from the Belarus side, then the Minsk authorities should let such people back in.

“If migrants seek protection from Belarusian border guards, then Belarus will also have an obligation to let them into its territory and consider such appeals,” Chekhovich said, adding that international and local organisations can provide assistance to the stranded migrants, but only with the permission of the border services.

“Civil society organisations and international organisations must exert pressure on both sides so that one of them still accepts people on its territory,” she concluded.

Most of the migrants are residents of Iraqi Kurdistan. Documentary producer Speda Hazim explained that mass emigration had become part of Iraqi Kurdish culture, due to frequent wars and economic crises.

She said this was particularly common “among young people, who have finished college and are unemployed now. I would say [they travel] because they are seeking a better life quality, and because things are never stable”.

Belarus was previously never a popular destination for migration to the EU. Hazim said that most often people would enter Turkey and then illegally try to get to Greece; Yasen said that he had found out about the possibility of getting through Belarus to the EU from advertising on social networks.

Flights have now been cancelled between Iraq and Belarus , and Iraqi airlines are organising evacuation flights from Minsk for their citizens.

But not everyone can get to Minsk airport, the Yasen family included, and they are desperate to find an alternative to spending the winter  in the cold forest on the border.

“We can go anywhere,” Yasen said. “Iraq, Latvia, Belarus, Europe. Any place to live. I hope someone has the heart and humanity to stop those things”.”