Construction of the Russian-built power station has been dogged by controversy.

Construction of the Russian-built power station has been dogged by controversy. 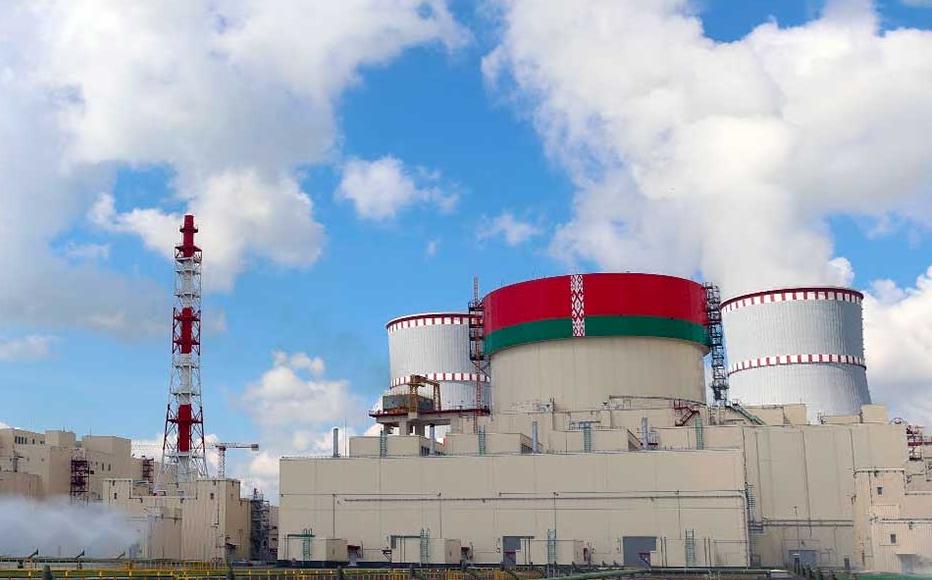 Built by Russian company Rosatom, the plant in Ostrovets has been licensed to start work despite repeated emergency shutdowns and an unresolved problem of what to do with nuclear waste.

Construction began on Ostrovets, on the border with Lithuania, in 2011. It was due to begin operating last year but failed to obtain a license from the state’s own nuclear and radiation safety department.

To circumvent this, President Alexander Lukashenko abolished the licensing requirement, apparently to ensure the plant’s opening ceremony coincided with his sixth inauguration in autumn 2020.  However, work at the reactor had to be stopped the following day due to equipment failure.

Experts warn that right from the start, the Ostrovets project has failed to meet international safety standards.

“In order to get the project off the ground, Rosatom started its construction without any architectural documentation,” said Aleksander Zdankov, the former auditor of the Accounts Chamber of Russia.

Public hearings were held in Minsk in April to supposedly inform citizens about the new plant, but served more as propaganda exercises.

“When asking the Belarusian nuclear regulatory authorities about emissions, I was told that there are none,” he said. “It is a lie. Gaseous and radioactive emissions of this type of a reactor are being removed through ventilation pipes. There is a huge list of wastes: cesium, strontium, cobalt, even tritium.”

Officials also ignored concerns raised by Irina Sukhiy, the head of the Ecohouse NGO, at the same event about the lack of emergency response preparation in the event of a major meltdown.

“In Finland the emergency evacuation zone is around 1,000 kilometres,” Sukhiy told the gathering. “In Belarus it is only 15 km.”

Minsk also dismissed IAEA guidelines that nuclear plants should not be built within 100 kilometres of major population centres.

The Ostrovets plant is equipped with a new type of reactor, the VVER-1200, which officials argue will reduce the effects of a Fukushima-type accident through a special security system known as melt traps. However, these still cannot prevent the release of radiation into the atmosphere.

“Any nuclear power plant can cause serious disasters,” Ozharovsky said. “Why did the Fukushima accident happen? Their nuclear reactors were made in Japan and America – two of the most advanced countries in engineering. What can we expect from Rosatom, which is linked to Chernobyl?”

The Belarusian authorities have also breached the UN’s Espoo and Aarhus conventions, which oblige them to consult their neighbours on the potential cross-border environmental impact.

The Belarussian plant cooling towers are just visible from the Lithuanian capital Vilnius. The authorities there are particularly concerned over threats to the Neris river that flows through Vilnius, as its water will be used in the cooling process of the Ostrovets plant.

Construction of the plant has been shrouded in Soviet-style secrecy. In 2017, the Belarusian authorities refused to grant access to concerned members of the European Parliament.

That same year, technicians dropped the Ostrovets reactor vessel while transporting it at night.

Rosatom and the Belarusian authorities contrived to cover up the accident for weeks until information leaked to the press and officials were forced to confirm it.

A new reactor vessel was bought from Russia, costing an additional 400 million dollars, and collided with a railway pylon while being transported, although it was eventually installed.

“To keep mum is typical of Rosatom,” Ozharovsky said. “There were huge violations during the construction of the Leningrad NPP. There is evidence that some equipment elements that are supposed to be airtight to contain radioactivity were made with violations, with the falsification of documentation. I am not surprised if the same is happening in Belarus.”

Blogger Pavel Spirin was sentenced to four and-a-half years in prison in 2020 for publishing an investigation into how construction worker Dmitry Kunets fell from a 30-metre height while installing a pipeline in March 2019.

Kunets, who was lucky to survive, was working without any safety equipment.

In the incident report, the state inspector of labour Natalia Yasevich, confirmed that “the accident was caused by a violation of safety standards by the management of the site and a failure to control the work performance at this height.”

Nonetheless, Kunets was accused of being drunk at work, and subsequently resigned.

“I filed a complaint with a court demanding my employer be held liable for defamation, but they rejected my claim,” Kunets said. “They slapped me with an administrative penalty when I was in a critical condition in hospital. No one has been brought to justice.”

“It is impossible to control the quality of construction at the Ostrovets plant as it is not transparent,” said anti-nuclear activist Tatyana Novikova. “There are reports of regular violations of safety and workers' rights. People work 12 hours per day, seven days a week. It is hard to draw any conclusions about the quality of the work performed in such conditions.”

The plant’s economic future is also unclear. Initially, Ostrovets was aimed at the export of cheap electricity to the Baltic market.

However, with the synchronisation of Lithuania, Latvia and Estonia with the continental European power grid - a process that began in 2018 and should conclude in 2025 – and simultaneous disengagement with Russia’s network, the situation has changed dramatically.

The Baltic states have made clear that they will ban the import of electricity produced by Ostrovets. The only way Minsk can now access the Baltic energy market is to mask Belarus electricity exports as Russian with the use of an intermediary company