Widespread concerns that under-resourced local government and police are not doing enough on child protection.

Widespread concerns that under-resourced local government and police are not doing enough on child protection. 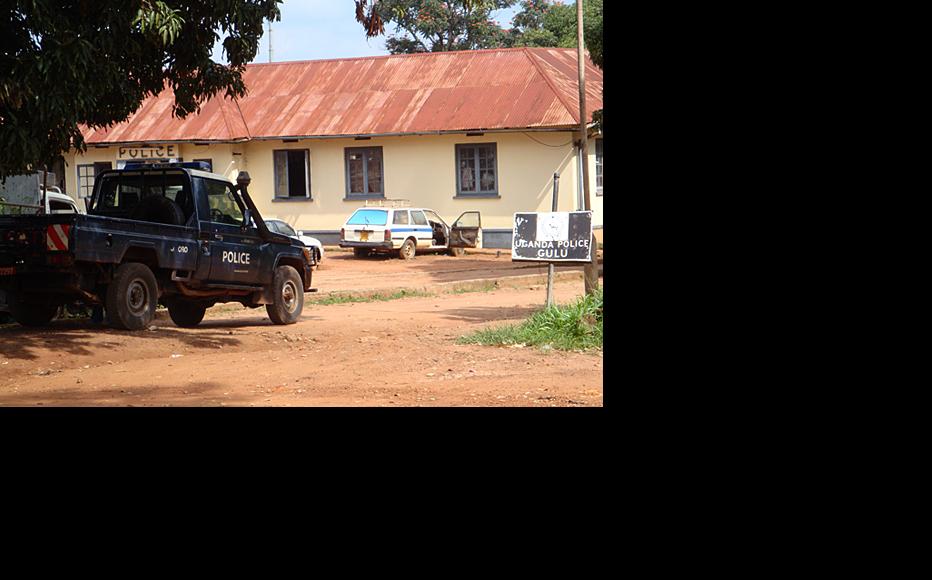 Questions are being asked in northern Uganda about the ability of local government and law enforcement to tackle the many child welfare problems facing the region.

The number of children neglected by their parents is on the rise in Uganda as a whole, and police statistics show that the highest offending rates are being recorded in the northern region, prompting warnings that district officials, police and community leaders are failing to cope with the challenge.

IWPR spoke to a 12 year-old boy living on the streets of Gulu, a major town in the north. He was abandoned by both his parents when they separated.

The boy was clear about what help he needed, saying, “I want to be helped to go back to school so that I can study.”

Observers and officials in northern Uganda are concerned that parents’ failure to support their children is leading many into criminal activities like theft and prostitution to sustain themselves. Others are left exposed and vulnerable and fall prey to crimes including sexual abuse.

The problems facing children in northern Uganda are magnified by the legacy of a 20-year insurgency which saw thousands of parents killed by rebels, leaving children behind as orphans. The Lord’s Resistance Army, LRA is responsible for the deaths of approximately 10,000 people and for abducting around 60,000 children in the region. More than 1.8 million people in northern Uganda were uprooted from their homes and forced into temporary camps, from which most only recently returned.

Large numbers of girls who were captured by rebels have returned from the bush as single mothers, having borne children while in captivity.

“When you go to northern Uganda, you find that the conflict that ended left a lot of challenges,” said David Odoch, spokesperson for the African Network for the Prevention and Protection Against Child Abuse and Neglect, based in the capital, Kampala. “For example, you can find that many homes are child-headed homes. Many people lost their parents, so these children heading the homes will be vulnerable to things like early marriages and defilement.”

Recent findings from World Vision’s Gulu Children of War Rehabilitation Centre and the Gulu Support the Children Organisation suggest that there are over 5,000 child mothers in Gulu district alone.

Many of the former captives who returned with babies have since got married. But the stepfather often refuses to accept children borne in LRA captivity, and these often end up on the streets.

“Only in rare circumstances does the man accept both the mother and the child,” Alice Latigo Komakech, a Gulu-based lawyer who runs a firm that handles child cases, said. “The children are often considered as not part of the family.”

Under the Children’s Act in Uganda, parents have a duty to provide for their children, and to ensure they have adequate access to food, clothing, education and health care. Neglecting these responsibilities can result in criminal proceedings against parents.

In Gulu district – which was at the epicentre of the LRA conflict – the local police force’s child and family protection unit recorded 20 cases of child neglect in March 2012 alone.

Most cases of this kind are handled by local non-governmental organisations or district probation and social welfare officers who, rather than seek criminal prosecution, seek to mediate between children and parents for a long term solution. If effective mediation fails, then NGOs can provide legal aid for a civil lawsuit against a parent accused of neglect.

The Children’s Act, which came into force in 1996, enables police, community leaders, and local officials to handle infringements of children’s rights. But experts say the law is not an adequate deterrent in cases where parents do not provide for their children, or actively reject them.

One problem is that parents in northern Uganda tend to be ignorant of the implications of the Children’s Act.

“People don’t understand these laws on child neglect,” Josephine Angutia, police spokesperson for the West Nile region of northwestern Uganda, told IWPR. “In most cases, these parents who are brought in for neglected children become violent, and they really don’t see it as a law for neglected children. It is when they are talked to properly that they get to understand that it is a serious law, and they get to realise their mistake.”

Experts say that when serious cases of child neglect do get reported, police often fail to take action against the suspects.

“Where I report a case to police, basically they tell me that they do not have enough fuel to [drive to the village and] arrest the suspect,” said Pamela Okello, a lecturer at Gulu university’s law faculty and a member of the Association of Female Lawyers, a legal aid group. “So when you look at this interplay time and again, then you conclude that very few cases are handled.”

The strain on family life in northern Uganda, which partly stems from the years of conflict and displacement, is compounded by the poor state of public services in the region, which have lagged far behind the national standard in the aftermath of the war.

Schools in some rural areas are not yet up to strength, so many children have to go to urban centres to get an education, while their parents are settling back in their village. That can divide families and leave children fending for themselves in the towns.

“These children are always neglected by parents, in the sense that the parents come twice a month to check on them, and yet a child needs to be attended to every other minute by the parents or guardians who are looking after them,” Komakech said.

Another common cause of child neglect is when young men and women form relationships and have children, but cannot afford to support them. The children have no one to fall back on if neither set of grandparents is willing to take them on.

Rights groups have also raised concerns about young girls whose parents force them into early marriages, often to benefit from the traditional “bride price” payable to their families. This deprives young girls of opportunities to finish their education, and means they have children at a young age.

The police are supposed to play a role in informing parents about their responsibilities towards their children, and helping communities improve levels of child welfare. But sheer lack of resources is inhibiting their ability to do so.

“What I can only say is on the ground there is limited facilitation [by police],” spokesperson Angutia said. “We are supposed to go down, liaise with other [organisations] in [informing] the families about these child-related issues and how they can cater for their children, but we still face a lot of challenges in that. We are a little bit handcuffed.”

It is a similar story when child neglect cases are taken on by staff at the local district offices. District probation and social welfare officers, who handle family issues and can mediate in child welfare cases, are struggling to provide enough support.

“You find that there are an overwhelming number of cases of child neglect but you find the staffs which are there cannot adequately handle them. In a day, you can get about five or six cases, but there is only one person to handle them,” Gulu district’s secretary for community development and children’s affairs, Caroline Adong, said.

In some areas, not enough personnel have been assigned to the district offices.

“I have a very thin staff. Out of 182 [allocated staff], I only have 45 staff,” Ogajo Barasa, district commissioner for the newly-created Kole district, in the Lango region of northern Uganda, told IWPR. “So you find that in offices like the office of the probation officers, there is only one officer. The office of the community development officers also [has] one person doing all the work. So you can see that there is a lot to be done.”

In addition to police and probation officers, first-tier local councillors known as “LC Ones” also have a role in upholding child welfare standards by hearing cases of neglect at village level. However, Uganda has not held elections for first-tier councillors since 2001, so that while some nominally continue in office, none has a legal mandate to oversee cases, as their terms of office expired in 2006. In the 34 new districts created in Uganda over the last five years, none has an LC One in place.

Christopher Chetkurui, who is resident district commissioner for Oyam district, also in Lango region, says the government is planning to hold local elections so that councillors have a proper mandate and are in a position to help with cases of child neglect.

When it came to the underfunded police, however, he was unable to say whether extra resources would be forthcoming from central government.

Unless the national-level budget assigned to the police was increased, he said, “I think the funding in question may not be addressed”.

Nicolas Ociro Wi Jok of the international aid group Child Voice International says many of the challenges to improving child welfare stem from lack of coordination between the various government institutions responsible for addressing the problem.

“When these street kids are removed [from the streets] and taken to [Gulu’s] Pece prison, it only takes a few days and you find these same children back on the street,” Ociro Wi Jok said. “That means there is no coordination among the child welfare departments, the police and even the parents. And therefore you find these children just moving in between all these institutions.”

Rather than trying to deal with cases once they are reported, Ociri Wi Jok says northern Uganda needs a more effective, preventive approach to the problem.

“The target here should be within the family,” said Ociro Wi Jok. “What is important on my side is for us to reach out to the community, to talk to the parents and to talk to the children.”