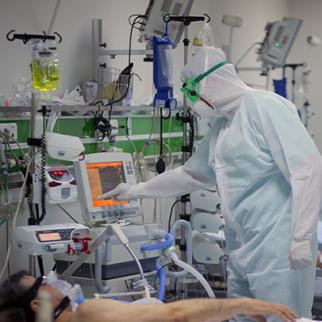 Endemic bribery and poor services are hampering the country’s response. 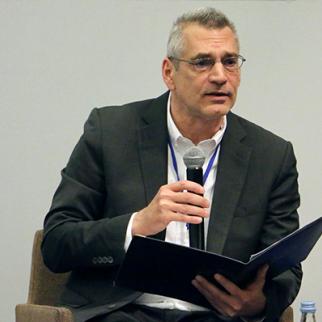 Experts say that a virtual war of words increasingly accompanies the conflict.

Activists in Azerbaijan say that the government have been utilising fake news and disinformation as a key part of their response to the Covid-19 pandemic.

Tactics have ranged from outright falsifications to overblown accounts of the extent of state aid in an attempt to put a positive spin on the handling of the virus. The authorities have also used the pandemic as an pretext for ongoing political repression.

Habib Muntazir, a popular blogger who often breaks news stories, said that government officials had stepped up the level of disinformation right from the start of the state of emergency.

“The attempt to spread false information not only in Azerbaijan, but all over the world coincided with people locking themselves in the house and watching the internet more than ever,” he said. “In Azerbaijan, online use reached a peak during this period.”

Muntazir said that the government’s goal had been to cover up problems with the health care system and even the spread of the virus itself.

“In the early days, when the virus first spread to Azerbaijan, Ibadulla Agayev, the then-chief epidemiologist of the ministry of health, said in an interview that there was no virus in Azerbaijan,” Muntazir  said.

“That’s where people’s distrust started,” he continued. “[Then] the TEBIB [health organisation] claimed that there were many cheap tests in Azerbaijan, but at the same time, social networks were overwhelmed with complaints that no one was able to find a test and certainly not for 150-200 manat (90-120 US dollars).”

President Ilham Aliyev himself, speaking on June 19, claimed that Azerbaijan had been named by the World Health Organization (WHO) as an exemplary country in the fight against the coronavirus.

In reality, he was referring to a cooperation agreement and a five million dollar donation by Azerbaijan to the WHO back in March, which its director Tedros Adhanom Gebrejesus described as a great example of global solidarity.

Activists say that by referencing this statement nearly two months later, after the virus had spread out of control in Azerbaijan, was an attempt to make it look as if the WHO believed that the country had successfully dealt with the situation.

Muntazir added that state efforts had been aided by the lack of a critical media, noting that “false information is more prevalent in authoritarian countries such as Azerbaijan and in societies with low levels of education.

“In countries where there is pressure on the media, the media mostly spreads news that serves the interests of the government”.

Leyla Mustafayeva, editor of the Fact Check website, agreed that the media, with their unquestioning reporting of official claims, had been party to the spread of disinformaiton.

“The news during this time shows that government measures taken against the coronavirus sought to highlight the role of the first family in the process,” she continued. “First deputy speaker of the National Council, Ali Huseynli, said that Ilham Aliyev made the largest donation to the Coronavirus Foundation in the world. In fact, this money was taken from state funds, which cannot be considered a donation.

Economist Gubad Ibadoglu said that the announcements as to the level of state aid had been similarly overblown.

“The main false news was about the number of people receiving financial support,” he said. “The president said in a statement that five million people would receive assistance during the pandemic, but our research shows that there aren’t even a million recipients of aid.”

Actviists have also reported that the pandemic was being exploited for political ends, with dozens detained for supposedly violating quarantine rules, although subsequently charged with different offences.

Mammad Ibrahim, a member of the opposition Popular Front party of Azerbaijan, said that the government is trying to control society with false accusations and information to cover up its political fears during the pandemic.

“During this period, there was a lot of false information spread against the opposition. By misleading the public with this misinformation, the government sought to justify its repressive policies. For this reason, more than 20 members of the Popular Front were arrested during the quarantine period.

“Deputy speaker of the Azerbaijani parliament Ali Rustamli said on April 7 that political activists were detained for violating coronavirus rules. However, after their detention, they were fined on different charges. For example, [opposition party] APFP member Alazamin Salayev was detained on charges of defamation and insult, although he was initially detained on charges of violating coronavirus rules.”

Political analyst Arastun Orujlu said that the state was distorting the number of cases of coronavirus in Azerbaijin to suit their own purposes.

“Exaggerated figures on the number of patients served to extend and tighten quarantine and thus limit their activities,” he said, noting that the authorities had nonetheless allowed rallies to take place in support of the miltiary’s actions dureing recent clashes over in July.

“After this mass action, the number of patients was reported to have decreased,” Orujlu  continued. “How did it happen? This confirmed that the figures were not real. Every day, local authorities share letters of thanks to the president, yet social networks are flooded with complaints from people who could not find a doctor, could not find a test, and lost loved ones due to the virus. The fact is, the government is trying to control everything through disinformation.”