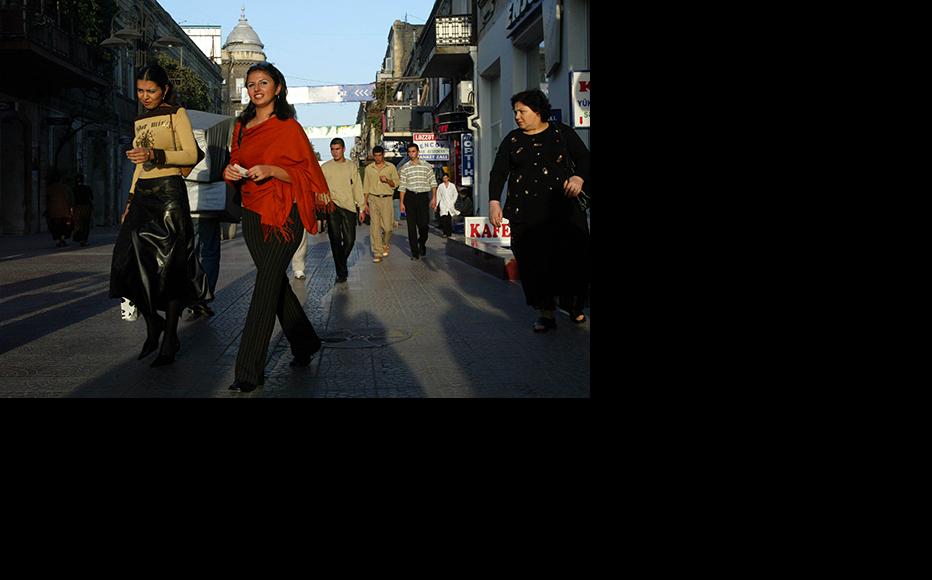 This year, Azerbaijani journalist Sevinc Osmangizi found herself targeted by a smear campaign that variously accused her of being a double agent for Russian intelligence while conducting a relationship with a US secret service agent and herself working as a spy selling government secrets.

The apparent campaign against Osmangizi, who lives in the US and has her own YouTube channel, culminated in April when a conversation she had via Facebook messenger with an Azerbaijani colleague in Germany was leaked by online news platform Real TV.

The content of the conversation was mundane – she was advising her colleague on how to run his YouTube channel and apply for grants – but it was nonetheless used to accuse her of Wetsern ties and espionage.

Osmangizi told IWPR that this was not the first time she had been targeted - she received death threats in 2012 and in 2016 – and said she believed the government was behind this concerted campaign.

“At first there was mostly derogatory language used against me. They [the pro-government media] used the fact that I was a woman, and targeted me from that point of view. That I was a bad mother, or that I was a bad woman [for leaving her husband and taking their two children out of the country]. When this didn’t work, [the pro-regime Yeni Musavat newspaper]  published an ‘investigative story’ about alleged property ownership in Florida purchased by me in 2018. And when that was also debunked [Real TV]  released the audio recording, and personal pictures, accusing me of being in a relationship with secret service agent.”

“This is a disgusting attempt to begin with, and clearly orchestrated,” said Osmangizi. “The authorities have spent millions on surveillance but my main question is why come after me?”

Osmangizi’s is not an isolated case. Female journalists in Azerbaijan say that they regularly experience various forms of intimidation, from blackmail, sexual assault and harassment, along with mistreatment by local police and city officials.

Increasing repression in Azerbaijan’s media sphere has led to scores of independent and critical websites being blocked. Azadliq Radio, the country service of Radio Free Europe Radio Liberty has been blocked since 2017.

Various forms of surveillance are used against representatives of civil society, from tracking members of opposition parties using their mobile devices, to phishing attacks, account hacking and take-down requests.

One of the most high-profile cases has been that of Khadija Ismayilova, an investigative journalist blackmailed in 2012 with sex tapes filmed with a hidden camera inside her apartment.

Ismayilova was arrested in 2014 and sentenced to seven-and-a-half years on trumped up charges, spending nearly two years in jail. Although she has since been released, she remains under a travel ban and continues to fight charges leveled against her in domestic courts.

On January 11, 2019, the European Court of Human Rights (ECHR) ruled Azerbaijan must pay a total of EUR 16,750 in damages and legal fees to Ismayilova for the illicit recordings.

The sex tapes and blackmail appeared after Ismayilova released a series of investigative pieces exposing corruption within the ruling family and government. She refused to be deterred form her work and in 2013 two more similar videos appeared online, with state-controlled newspapers accusing Ismayilova unprofessionalism, bias and inappropriate behavior.

In response,  a group of mostly women journalists held a rally calling for an end to the intimidation campaign against the journalist. Participants carried banners with slogans including ‘Khadija we are with you’ or ‘My home, my bed, are not corruption’.  Police made around 20 arrests.

Although at least two male journalists have also had sex tapes leaked and aired on prime-time television, this tactic is largely applied to female reporters.

Fatima Movlamli, a 19 year-old reporter with online television channel Obyektiv was targeted in April 2019, when a fake Facebook page was created under her name, with intimate photos and videos of her in her bed. She said that this was far from unexpected.

"This happened before,” she said. “I am not surprised. Previously there was a similar page, but that was shut down."

The page was reported and taken down by the social platform Facebook shortly after Movlamli made it public.

Women say they are also particularly vulnerable to other forms of intimidation and harassment. Independent journalist Aynur Elgunesh described how she received multiple threats in October 2016 while working on a story about a man who blackmailed another woman into paying him a bribe.

“I will mess you up so bad you will never be able to show your face again,” the suspect told her over the phone after she questioned him about the blackmail case. Elgunesh filed an official complaint with the police who said they would investigate the threats, although the man later apologised.

While journalists in other countries may also face intimidation from the subjects in their stories, Azerbaijani women journalists say they feel they have little recourse to official protection.

Lamiya Adilgizi, an independent journalist now based in Berlin, said that harassment and mistreatment had been an everyday part of her work.

“I felt like I had to put up with the harassment because it was part of the job,'' Adilgizi explained. “I told myself to keep it to myself. I didn’t believe anyone would stand behind me.”

According to a 2014 United Nations report, violence against women is widely tolerated within traditionally patriarchal Azerbaijani society.

Another independent journalist, Aytan Farhadova, said that she took routine measures to protect herself when out on assignment.

“I have to come up with an imaginary husband every time I go on a reporting trip, because as a solo female reporter, you are seen as someone fallen from the moon,” she explained.

Farhadova said that the only protection mechanism were other women journalists.

“We complain to each other. We spot places that are dangerous and inform each other. We never go alone but in pairs,” she continued. “Because we know police won’t protect us, and the court will be unjust so we keep it among ourselves.”

Giving Voice, Driving Change - from the Borderland to the Steppes
Azerbaijan
Regime, Journalism, Women's rights
Connect with us