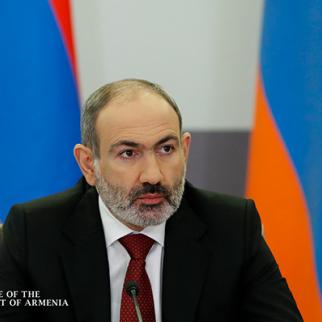 The tactical flexibility and impressive self-confidence that fueled Pashinyan’s rise to power have become his biggest weaknesses. 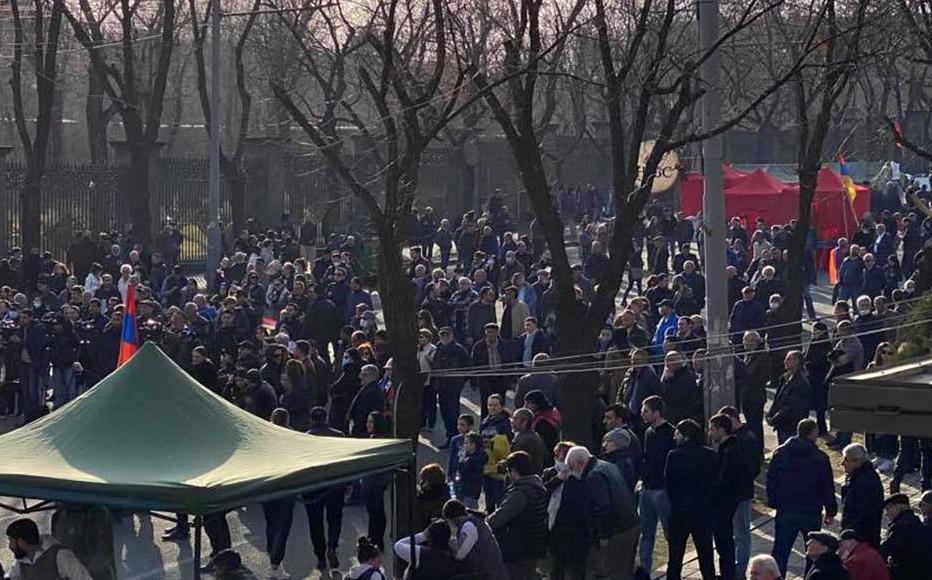 Opposition parties gathered in front of the National Assembly in Baghramyan Avenue to protest Pashinyan. © Mania Israyelyan
The link has been copied

Armenian prime minister Nikol Pashinyan continues to fight for his political survival amid a worsening stand-off with the country’s military leadership.

Pashinyan has been in a perilous position since last year’s Karabakh war ended in a humiliating defeat for Armenia. Analysts warn that demands from senior military figures that he resign and ongoing opposition protests are unlikely to be appeased by Pashinyan’s suggestion of early elections and constitutional reform.

Tensions escalated between the government and the army after Yerevan announced that comprehensive reforms would follow the war, including the investigation of alleged army corruption going back decades.

This was further fuelled by Pashinyan’s criticism of the Russian-supplied Iskander-E missile complex systems which he said had “failed to explode, or exploded in only 10 per cent of cases” when used against Azerbaijani targets during the war.

Matters came to a head when deputy chief of staff Tiran Khachatryan was fired on February 24. The following day, military leaders issued a call for Pashinyan and his government to resign.

In response, Pashinyan condemned what he described as an attempted coup and ordered that Onik Gasparyan, chief of the general staff, be dismissed.

At a rally in the capital’s Republic Square, he told supporters, “The army is not a political institution and attempts to involve it in political processes are unacceptable.”

Although Pashinyan has announced his willingness to hold fresh elections, the two sides have yet to agree on the conditions that will dictate them.

Pashinyan has suggested that parliamentary factions sign a memorandum to not replace him if he steps down ahead of early elections, and also insisted that the opposition must agree to a referendum over a new constitution.

Yervand Bozoyan, an analyst from the Yerevan research institute PolitEconomia, said that the crisis had been inevitable due to how Armenia’s constitution related to Karabakh.

As it dictates that the head of state guarantees the territory’s security, Pashinyan could be seen as having failed to fulfil his prime ministerial obligations. The November 9 ceasefire saw Armenia losing control over a significant proportion of Karabakh, including the city of Shushi, also known as Shusha.

Bozoyan said that this constitutional paradox left the country with a stark choice between the head of state resigning or the army taking control.

“As neither the first nor the latter happened, upheavals in the country will only continue to grow,” he concluded.

Pashinyan would only be able to continue as prime minister if he re-affirmed his legitimacy through another election, he continued.

“Not only is there no trust in him amongst the overwhelming majority of society but also amongst the state system and power structures,” Bozoyan said.

However Armen Baghdasaryan, another political analyst, said that the crisis had spun so far out of control that any kind of compromise was unlikely.

“The situation is so tense that I am not sure it will help if Pashinyan announces snap elections,” he said.

Some commentators have described the army’s intervention as in itself contravening the constitution, but Baghdasaryan said the grave situation may have merited such an extreme measure.  In such a critical situation the army, as one of the country’s security guarantors, simply could not stand aside.

“Perhaps from a purely legal point of view the General Staff’s statement is anti-constitutional, but there is also another viewpoint that the activity of current authorities is rather dangerous for Armenia – both for security and state existence,” he said.

Hayk Martirosyan, a member of the National Democratic Axis opposition alliance, listed several factors he said were behind the current crisis.

“The first is the treacherous war, which was doomed to end in defeat from the beginning and the way it was conducted,” he continued. “Second is Pashinyan’s attempt to cling to power whilst also stupidly attempting to scapegoat the military elite, till now his strongest support.

“Some criminal cases have been initiated against a number of servicemen on charges of treason; people who were Pashinyan’s stalwart supporters were sacked once they showed signs of disagreement.”

President Armen Sarkissian and church leaders appealed for all parties to avoid provocation and respect the constitution. Armenia's National Security Service also called for all sides to “refrain from actions that threaten national security”.

First, he continued, Pashinyan needed to be given security guarantees to facilitate his resignation.

“Second, he announces snap elections on the condition that he and his party will not take part in it,” Baghdasaryan continued. “And third, the presidential institution has serious levers in emergency situations and can initiate attempts at dialogue between the different sides.

“In the meantime, the probability and scales of possible clashes continue to grow."