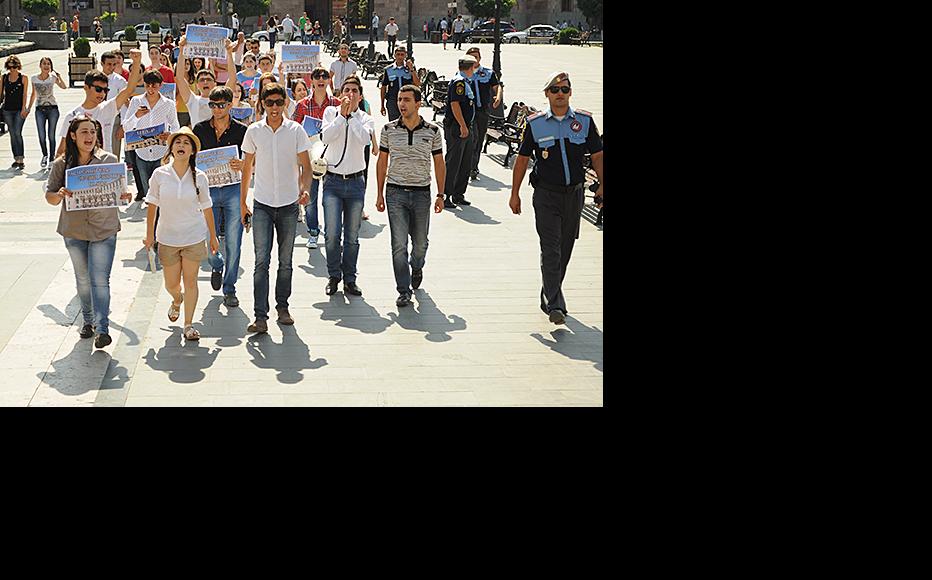 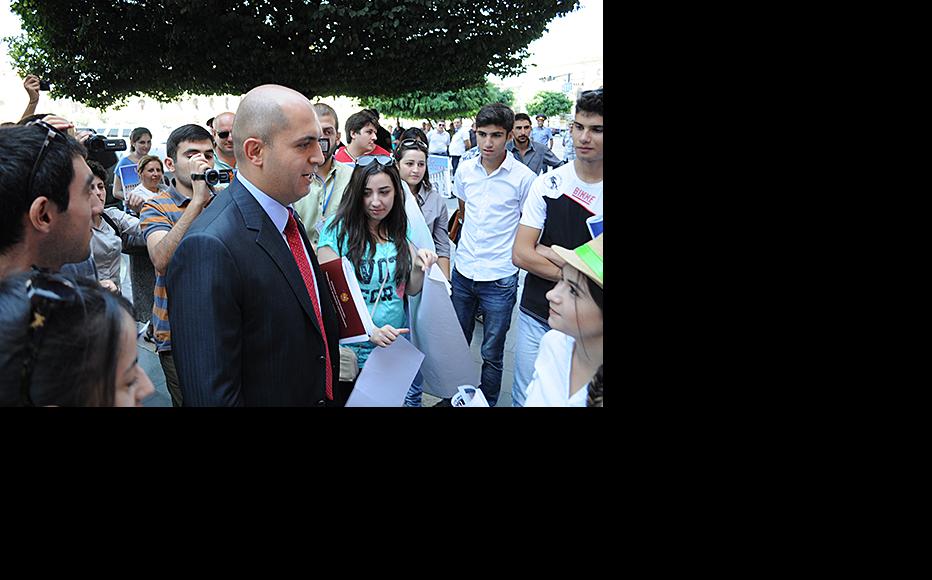 Students entering leading universities in the Armenian capital this September are furious that the fees have gone up by as much as a third.

The increased fees apply to Yerevan State University, the musical conservatory, and the economics, medical, engineering and teacher-training universities.

Armenia’s education ministry approved the hike, which was proposed by a council of deans from the universities concerned in April. They argued that they needed more revenue to cover their spending plans.

Students say the changes have forced many to change their plans.

“The students were caught unawares,” Gohar Melikyan, who is about to enter her first year at Yerevan’s economics university, told IWPR. “I’ve got friends who spent the whole year preparing to enter university and then, two months before the exams, simply decided not to take them when the faculties said they were raising the fees. They decided to go to universities that haven’t put their fees up. After this, some of them don’t want to go to university at all.”

Although the decision has been known about since the spring, a protest movement, involving three different campaigning groups, only began taking off in August.

Activists want the fee increases to be dropped, and have met Education Minister Armen Ashotyan to convey a proposal for universities to be freed from taxes so that they can afford to charge less. Vahan Martirosyan, one of the protest leaders from a group called Civic Initiative, said students had been inspired by a grassroots movement that succeeded in getting fare increases on the city’s public transport cancelled.

“We realised that a civic movement is a lot more effective than certain political groups,” he said.

Ara Avetisyan, dean of the Engineering University, defended the fee rise, promising that the extra revenues would be spent on improving laboratory facilities.

Some students were sceptical that a bigger income stream would change much,

“I don’t think these 100,000 drams will help change anything about the quality of education,” said Ani Navasardyan, in her fourth year at the conservatory, said. “Everyone is leaving the country.”

Sona Margaryan, a fourth-year language student at Yerevan State University, added, “We’ve seen tuition fees rising over many years, though by less substantial amounts, yet the standard of instruction hasn’t changed, and no money has been spent on improving conditions in the buildings.”

Minister Ashotyan promised that the issue would be discussed when parliament reconvened this autumn, although he said it was “unlikely” the fee structure would be revised. He said his ministry had held out against raising tuition fees for the last three years, so it had become difficult to turn down this latest request for an increase.

The minister did say, however, that legislators would be discussing concessionary fees for less well-off students. Fee reductions are already available under a scheme which universities manage themselves. Parliament is expected to pass a law by the end of the year formalising the system and stipulating which categories of student can apply for a reduced rate. Even before that, the education ministry will ensure that students whose families are on welfare benefits get their tuition fees halved or waived altogether from this month, the start of the academic year.

“We will do all we can to make sure that the student discount law comes into force from January 2014, and that from September 1 [2013], people from families on social security… will be eligible for a reduction of 50 to 100 per cent discount on the costs of education,” Ashotyan said. “A student who is diligent is not going to be excluded from university because of tuition fees.”

Critics counter that in a country where eight out of ten people are classed as poor, even the middle-classes will struggle to pay more for higher education.

“Some students will certainly suffer,” said Anahit Bakhshyan, an opposition member of Yerevan city council. “If students’ families are not in the social security system, they will lose the right to a discount and won’t be able to afford to study. The universities themselves will start seeing problems with the new intake.”

At this point it is still unclear how admission rates will be affected. With just over 1,000 new students, the State Engineering University will have a fifth fewer than last year, whereas Yerevan State University’s first year of 3,400 will only be about 100 down on 2012.

Lilit Arakelyan is a correspondent for www.medialab.am. Anna Muradyan reports for the www.hetq.am news site.

Armenia
Connect with us