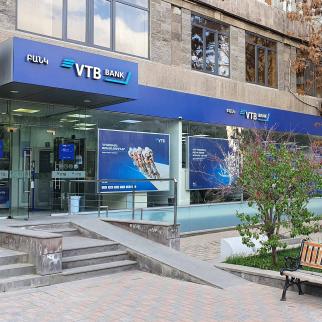 VTB Armenia, a subsidiary of VTB Bank, one of Russia's largest financial institutions, is feeling the bite of sanctions introduced against Russia in the wake of the invasion of Ukraine. Sanctions are impacting Armenia's economy, which is tightly interlaced with Russia's. © Arshaluis Mghdesyan

Russia accounts for 40 per cent of financial outlay, and some companies are already suffering. 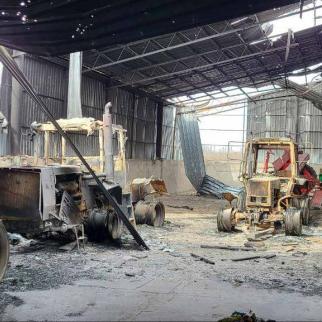 Russian troops occupied Volodymyr Semiryaga’s farm, in Peresadivka, a village in Mykolaiv region, for one week in March, destroying most of it. The area is now back under Ukraine's control but as fighting continues about 40 kilometres from his farm, the farmer cannot receive any credit to finance farming activities and purchase new equipment. © Oksana Cooper

Ukraine: How Russia is Emptying the World’s Breadbasket

Moscow is accused of using hunger as a weapon as it blocks ports, bombs storage facilities and takes grain reserves. 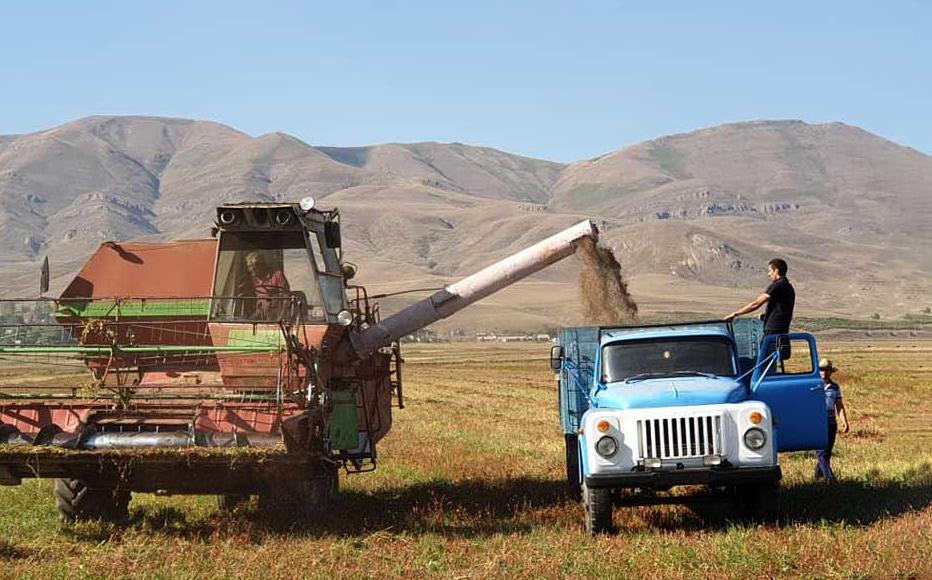 Harvest in Hartagyugh, a village in Armenia's northwestern region of Lori. Over the past five years, food self-sufficiency has been steadily decreasing in the South Caucasus country of three million, due to low yields, uncultivated land and rising fertilisers and fuel prices. © Gayane Sargsyan
The link has been copied

In mid-March, Armenians flocked to grocery shops and supermarkets grabbing as any essential staples as they could: flour, sugar, buckwheat, vegetable oil. As the Russian Federation announced a temporary ban on grain exports to member states of the Eurasian Economic Union (EAEU) like Armenia, panic buying started, supplies dwindled, and prices spiralled.

The invasion of Ukraine triggered the measures, in place until August 31, which the Russian government stated were needed “to protect the domestic food market in the face of external constraints”. The ban includes commodities like wheat, rye, barley and corn. Supplies to the Russian-led economic bloc, which was founded in 2014, are not subject to Russia's grain export quotas and current taxes.

Armenia’s minister of economy Vahan Kerobyan urged citizens “not to panic and avoid buying in bulk”, reassuring them that Armenia’s food supply was under control and remained the government’s top priority.

Panic subsided, but as the war in Ukraine drags on, concerns remain.

Together, Russia and Ukraine provide 28 per cent of the globally traded supply of wheat, 29 per cent of barley, and 75 per cent of sunflower oil. With limited supplies from both countries, the cost of commodities is on the rise, pushing hundreds of millions into food insecurity.

In the South Caucasus country of three million, food self-sufficiency has steadily decreased over the past five years. In 2017 Armenia produced 33.3 per cent of the wheat it needed: by 2021, the production had dropped to 26.4 per cent and a similar trend was seen regarding other grains as well as sugar and vegetable oil.

“The decline is due to multiple factors combined, like poor quality seeds, degraded land and worn-out agricultural machinery to increased prices for fertilizers and diesel fuel, along with the low profitability of cereal production,” economist and farmer Harutyun Mnatsakanyan told IWPR.

Experts note that increasing the area cultivated, improving crop quality and land productivity are three key measure the government should focus on.

Kerobyan acknowledged that due to “ongoing challenges, serious food security issues are expected this year,” and urged people in rural areas to try to produce more.

Some experts, however, lamented a lack of efficient state policies.

“The government’s populist methods do not increase the amount of arable land,” the chairman of the Agrarian and Peasant Union of Armenia, Hrachya Berberyan, a farmer himself, told IWPR. “We need professionals who understand where agriculture is heading. This is the only way to increase the arable lands and crop yield.”

Hovhannes Gaboyan, an agronomist and grain producer in the north-western region of Shirak, agreed that more state support was needed.

“Come the harvest, farmers must sell the crop as quicky as possible to cover their bank loans. This is when the government should step in and support them so that they can sell the crops at a good price and get motivated to expand the production,” he explained.

The 2020 war between Armenia and Azerbaijan over Nagorny Karabakh was an additional blow. The region used to supply Armenia with 100,000 tonnes of wheat, which accounted for 25 to 30 per cent of Armenia’s needs. By the end of the conflict in November 2020, about 90,000 hectares of arable land had fallen under Azerbaijani control.

Two hundred of them belonged to Mnatsakanyan. A large wheat producer in Karabakh’s Kashatagh region, he said that cultivating wheat in Karabakh was cost-effective and profitable.

“It is easier to organise agricultural work on large plots, in terms of efficiency, productivity and cost. There are no large available plots in Armenia, it is not efficient to cultivate grain on small, divided plots,” Mnatsakanyan, who has since moved to Armenia, told IWPR.

"Rising prices for fertilizers and diesel fuel contribute to paint a grim picture."

While it is hard to acquire large plots, farmers lament that swathes of land are left uncultivated. In the wake of the Velvet Revolution in 2018, prime minister Nikol Pashinyan argued that “agriculture should also develop at a revolutionary pace… no land must be left uncultivated”.

The ministry of economy is implementing over a dozen programmes and subsidies, including with the financial and technical support of international organisations, to increase the area of cultivated land.

Experts like Mnatsakanyan, however, maintain that state policies have no long-term vision.

Pashinyan has acknowledged this short-term approach, in early March stating that “we are unable to properly implement these development programmes… we are constantly in the process of extinguishing small, local fires”.

A draft decree which will give the government a legal basis to terminate property rights for unused agricultural land is also attracting criticism.

“It foresees that if a person who lives in a village has not used their land for two years, then it can be taken away from him and given to someone else,” Mnatsakanyan said. “Here is the question though: have you [the government] created any conditions for that person to use his land without losses? Have you provided any consulting services, or communicated with these people to advise them on which areas are better and more profitable to be cultivated? Have you helped farmers to sell their products? If you don’t do anything to help, on what grounds can you take away their land?”

For Gaboyan, the draft was unacceptable because it questioned the privatisation of agricultural lands implemented in 1991-1993, which he considered to be one of Armenia’s most successful programmes since independence.

“The distribution of land to the rural population was the right decision. If it had not been distributed equally, people would have abandoned everything a long time ago, leaving their villages deserted,” he said, adding that consolidation risked leaving the land in the hands of a privileged few.

Meanwhile, farmers are bracing for a difficult 2022. The protracted closure of the Larsi crossing point between Georgia and Russia due to harsh weather - the main route for importing goods into Armenia - has caused a shortage of spring seeds. Rising prices for fertilizers and diesel fuel contribute to paint a grim picture.

“If supplies for this agricultural year had been imported last December, a bag of fertilizer today would have cost 6,000 Armenian drams (13 US dollars) instead of 22,000 (48 dollars). We should have been more prepared, but nothing was done,” Berberyan said, noting that the government’s subsidy of 9,000 drams (20 dollars) to companies importing fertilisers had in fact caused more harm.

“After introducing the subsidy prices soared to 22,000 drams per bag,” he explained. “The subsidy should be allocated to producers, and calculated per hectare, and not banks, importers and purchasing companies that get rich at the expense of farmers.”

For Gaboyan, the government should negotiate the prices with producers.

“Russia sells us fertilisers at foreign market prices, but they are about three times cheaper,” he said. “The government should have worked with Russia to obtain fertilisers at the same domestic rate."