Some young people are challenging the narrative of conflict.

Some young people are challenging the narrative of conflict. 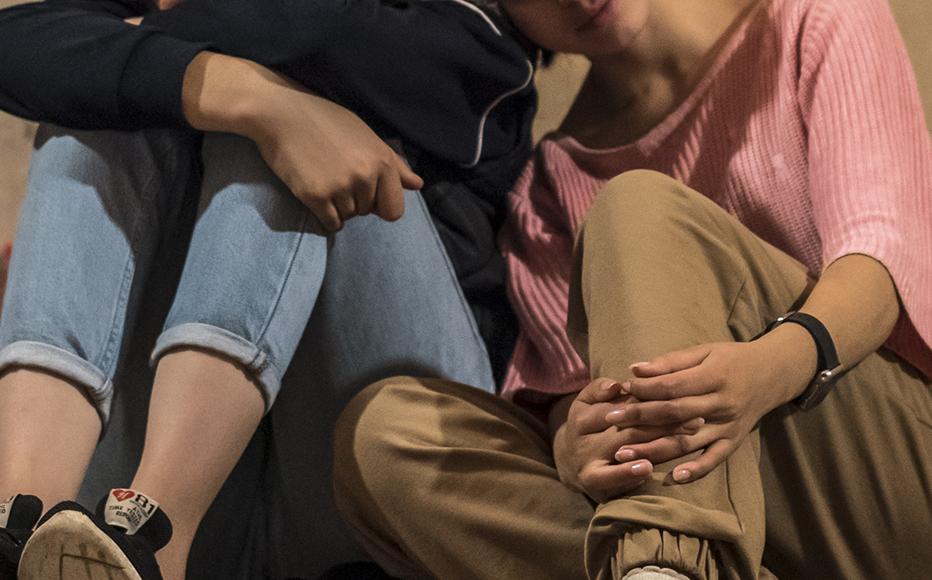 Sisters Galina and Elina Balasanyan in the basement of a church where they have been sheltering from fighting in Stepanakert, Nagorno-Karabakh, October 2020. © Brendan Hoffman/Getty Images
The link has been copied

The current Nagorno-Karabakh crisis has been accompanied by an outpouring of nationalist sentiment on social media, with both Armenian and Azerbaijani youth sharing content supporting their own side whilst blaming the other for the violence.

But some young people on both sides are challenging these narratives and calling for dialogue and reconciliation.

Ruben Zakharyan, 25, is a Youtube presenter with an IT company in Armenia. He is currently volunteering as a researcher and content writer for a campaign group raising awareness around the Karabakh conflict.

“Negotiations are always an alternative to war, but unfortunately we have for decades seen virtually no progress in the peace negotiations, so it is understandable why both the Azeri and Armenian side feel deep disappointment with the existing format,” he said.

“An alternative that could, possibly, partially please both sides would be a land swap of some kind, followed by a final peace treaty, but at this point I think both sides are too radicalised to even discuss such options,” Zakharyan said.

A major problem is that young Armenians and Azerbaijanis who have not studied or worked abroad have had little chance to engage with those from the other side.

“One thing is sure, most young Armenians and Azeris know next to nothing about each other, which makes them at least more sceptical about the opposite side,” Zakharyan concluded.

N is a 26 year-old woman from Baku who asked to remain anonymous due to sensitivities around her work in communications. She said that she had sought out many of her Armenian contemporaries at international events and conferences, where she felt that they had connected over issues of reconciliation.

However, she said that the resumption of active fighting and a rising militaristic sentiment appeared to have destroyed those sentiments.

“I don’t have any hatred for Armenians, for young Armenian people but I would never have thought that the people who seemed so supportive of peace then are now so active on social media in an information war,” she continued. “The same people who were talking about peace during these conferences are now claiming that there could be no peace talks with someone so ‘barbaric’ like Azerbaijan and there’s a lot of hate speech from the people that you would never expect to hear it from.”

Rustam Isgandarov, a 22 year-old from Baku, is a Young European Ambassador in an EU initiative aiming to build networks in the Eastern Partnership region.

He said that it was possible to be both a patriot and believe in reconciliation, adding that if he was called up to the army he would be ready to serve, and had even considered volunteering.

Nonetheless, Isgandarov said he passionately believed that the Karabakh conflict was creating numerous obstacles for the future of both countries.

“I think the best option might be people-to-people contact, between Azerbaijani and Armenians. Right now, both sides accuse each other and there’s a lot of hate on both ends because there’s no connection,” he said. “Unfortunately, the anti-Armenian and on the other side, anti-Azeri rhetoric doesn’t come from top-down, it comes from the fact that there was a lot of violence between the two sides, it's a total ethnic conflict, this creates a lot of hatred between the two people and still very painful memories. These memories are always present in any peace talks and for youth today, there’s no memory of the two sides living alongside each other so there’s no connection.”

There are some ongoing projects in which young people are reaching out to the other side, such as Letters for Peace (LFP), a three-year programme in which youth from both Armenia and Azerbaijan wrote to each other on the possibilities of resolving the Karabakh dispute.

More recently, a letter was released by Azerbaijani youth denouncing the current conflict and the widespread hatred, calling for both parties to work towards reconciliation.

Mary Black, a 24-year old from Yerevan, recently graduated from the College of Europe in International Relations and Diplomacy and stressed that younger people needed to be given a voice when it came to these issues, as they were so often those who end up on the frontlines.

“It is the younger generation in Armenia that witnessed the four-day war of April 2016 – one of the strongest escalations of the Nagorno-Karabakh conflict,” she continued.  “The average age of the Armenian soldiers killed in the ongoing war is 18 years-old – these are ordinary Armenian kids who have been conscripted into the army.

“However, I am afraid that the growing military rhetoric coming from Azerbaijan, fueled by Turkey, is going to radicalise even young minds in Azerbaijan, hitting hard the fragile attempts of youth from both sides to talk. The sides of the conflict need to start talking and listening to each other.”

She concluded, “My firm belief is that parties to the conflict should only look for a peaceful solution to this conflict and I am not going to change my viewpoint on this.”

Giving Voice, Driving Change - from the Borderland to the Steppes
Armenia, Azerbaijan
Reconciliation, Youth
Connect with us