Resistance continues despite studies showing the jab shields both expectant mothers and their babies.

Resistance continues despite studies showing the jab shields both expectant mothers and their babies. 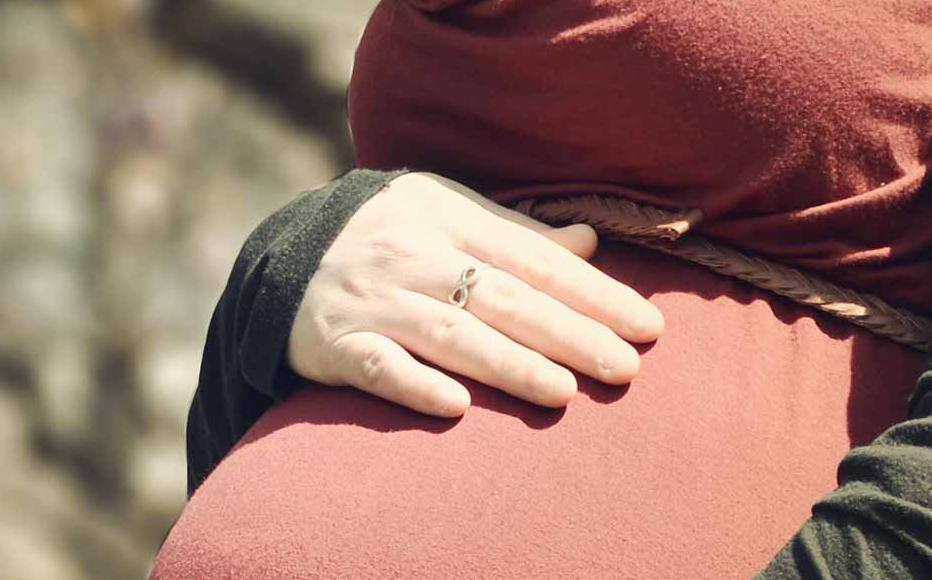 Calls from the scientific community for pregnant women to get vaccinated have increased in recent months. © Arteida MjESHTRI/Unsplash
The link has been copied

Lilia Chanchapanyan was already sceptical about the Covid-19 vaccine when a friend of hers miscarried at ten weeks, shortly after receiving the jab. Pregnant herself with her first child, Chanchapanyan decided that getting vaccinated was out of the question.

“There is no proof that she lost her baby because of the jab, but I believe that it was the reason. I did not get it because I did not trust it,” the 26-year-old education professional said. She eventually did catch the virus, taking a long time to recover. But Chanchapanyan said she had no regrets, as she still did not believe there was enough evidence that Covid vaccines were safe during pregnancy.

Calls from the scientific community for pregnant women to get vaccinated have increased in recent months across the world; immunologists warn that the impact of contracting the virus can be dire. In Armenia, the ministry of health has reported that eight pregnant women died of Covid-19-related complications since the start of the pandemic.

Studies show that unvaccinated pregnant women risk more severe disease with Covid-19 and the infection leads to a bevy of complications, including a two to three-fold increase of premature birth and foetal growth restrictions and roughly three times the possibilities of stillbirth.

In late 2020, in the early stages of the vaccine approval, there were no clinical trials in pregnancy. Unclear messaging about the jab’s safety may have also fuelled reluctance among an already cautious group. When the government introduced mandatory vaccination in October for all state employees and most private businesses, it stated that pregnant women and people with specific medical conditions were exempt.

“Earlier, pregnant women were not considered [suitable] for the vaccination, now the opposite opinion prevails…They are recommended to get vaccinated,” said Vahe Ter-Minasyan, head of the gynaecologic surgery department at the Armenian-American Health Centre. “Studies have proved that, while they can still catch Covid, they develop less severe symptoms…they can avoid a number of complications, including for the foetus.”

He said that the virus was the leading cause of maternal deaths in Armenia in 2021.

Across Armenia, there is a high level of vaccine scepticism. The government launched the vaccination campaign in spring 2021; as of January 9 2022 only 25 per cent of the population was fully vaccinated.

Non-vaccinated employees are required to produce a negative PCR result every 14 days, but a single PCR test comes with a price tag of about 15,000 Armenian drams (30 US dollars), about a quarter of the country’s monthly minimum wage. There are four vaccines currently available – the Russian Sputnik V, Chinese CoronaVac and Sinopharm, and the British-Swedish AstraZeneca – and the government has announced the purchase of the Pfizer shot for about 2.5 million dollars.

Shushan Shahinyan also decided not to get vaccinated while pregnant, even though her mother is a doctor and she herself was aware of the mortality rate among unvaccinated pregnant women.

Although she contracted Covid-19 when she was 11 weeks pregnant and developed bilateral pneumonia, the 32-year-old mother-of-two also has no regrets.

“I still would not risk it; I have the same doubts about it…. I stayed at home under my mother’s supervision,” she said. “I recovered, the baby was born healthy, without any complications. During the delivery doctors said that they could see that I had Covid by the thickness of the mucous membrane,” she said.

Vruyr Grigoryan, who leads the obstetrics department at the Yerevan-based Institute of Obstetrics and Gynecology of Perinatology, advises all pregnant women be vaccinated. The gynaecologist stressed that the vaccine not only protects the mother but that the antibodies are transmitted to the foetus, providing the baby with a certain degree of immunity to coronavirus.

“There are deaths among pregnant women… since we have a weapon against it, the vaccine, we must use it. Complications can be more serious if an unvaccinated pregnant woman catches the infection; she is more likely to develop hypertensive disorders and moreover there is a risk of premature birth,” Grigoryan explained.

Eduard Hambardzumyan, chairman of the Armenian Association of Reproductive Medicine and head of the Obstetrics and Gynaecology Department at the National Institute of Health, agrees. He has been refusing to admit unvaccinated women seeking IVF in his clinic.

“There was a woman, who lost her son in the [2008] war and got pregnant again with IVF. She caught Covid-19 in the fifth month of pregnancy and the foetus died in utero. And there was another case of a woman who tried to get pregnant for years and went through expensive and difficult treatment, but her IVF procedure was cancelled because she got infected with Covid-19, so everything, all her efforts, money, medications and time were wasted,” Hambardzumyan told IWPR.

Some doctors, however, remain suspicious.

“I consider it unacceptable to vaccinate pregnant women, it can lead to miscarriages. Such cases have already happened in different countries,” said Samvel Grigoryan, a retired doctor and former head of the HIV Prevention Centre in Yerevan. He added that the instructions of the Russian-made vaccine Sputnik V indicated that it is not indicated for expectant or breastfeeding mothers.

Vaccine hesitancy is not new, but the proliferation of anti-vaxx messaging on social media and local TV stations has deeply influenced public opinion.  Ad-hoc pages and groups churning out conspiracy theories have mushroomed, supported by professionals in trusted sectors including doctors - and priests whose anti-vaccination statements contradict the official position of the Armenian Apostolic Church.

The Armenian government has been trying to contain the spread of disinformation among health professionals. Last November, minister of health Anahit Avanesyan stated that a number of doctors were fired for anti-vaccine campaigning.

“They are not many …but despite their small number they are actively campaigning against vaccination…We are monitoring closely and are actively working with medical centres to understand whether the doctors whose public rhetoric contradicts their professional duties have the right to maintain their jobs,” she said.

The ministry is mulling the establishment of a commission tasked with monitoring these activities and eventually revoking the license of doctors involved in anti-vaccination campaigning.

“Those doctors, who are aware of the situation and still claim that vaccination is bad and urge their patients not to vaccinate, are contributing to the increase of the mortality rate,” Ter-Minasyan said. “The authorities should take measures to revoke their medical licenses.