Children raised in care homes are marginalised by society, even after they reach adulthood.

Children raised in care homes are marginalised by society, even after they reach adulthood. 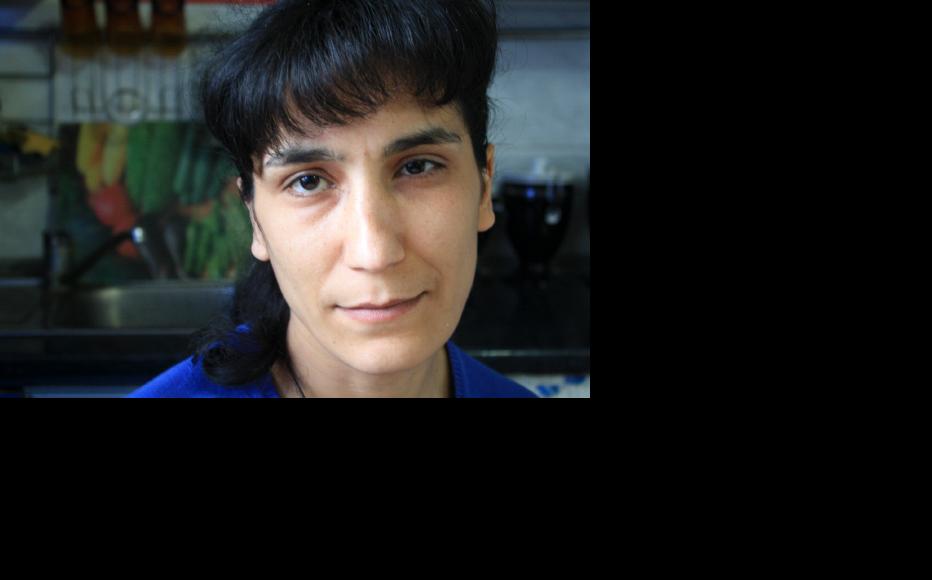 Armine Hambardzumyan grew up in an orphanage. She now has three children of her own. (Photo: Anna Muradyan)
The link has been copied

Christine Koshkaryan was abandoned as a child and grew up in an orphanage. The effects, she said, will stay with her all her life.

Graduates of children’s homes in Armenia face a double burden, the 33-year-old explained. As well as the emotional effects of such an upbringing, Armenia´s traditionally family-oriented society treats orphans with suspicion.

Young women from such a background are seen as little more than potential sex workers and young men as latent criminals. This doomed them to a life at the margins of society, said Koshkarya, who now lives in Yerevan.

“You either have to be beautiful to be someone´s mistress, or you have to work as a cleaner.  Sixty per cent of the graduates of children´s homes work as cleaners,” Koshkaryan explained.

After she left the orphanage in the city of Gavar in northeastern Armenia, the young woman took whatever menial work came her way.

One of her first jobs was cleaning windshields at a petrol station, for which she received around 3,000 drams (seven US dollars) per day.

According to UNICEF, around 4,000 children live in Armenia´s 42 state and private orphanages, boarding and special schools. About 80 percent either still have one parent or come from socially disadvantaged families.

In the past, as soon as they turned 18, they had to leave their care homes and fend for themselves.  Some found themselves literally out on the streets.

Since 2003, they remain in state care until they are 23 and are provided with lodging.  Some 30 young people graduate from this system each year.

But housing remains a problem, and dozens of orphanage graduates are currently on a waiting list to receive lodging.

NGOs have tried to fill this gap by setting up transition homes and a handful of these, spread through the country, host orphanage graduates from 18 to 23.

“Whenever there is an incident with a graduate of a children´s home, the same label is attached to the others,” Mnatsakanyan said, adding that potential employers have preconceived ideas about people who grew up in orphanages. In reality, she continued, her research showed that barely one per cent of female orphans ended up in sex work.

Mnatsakanyan explained that the numbers of orphans in Armenia were relatively small because local tradition usually meant that children were adopted by a family member. This only increased the stigma on those who ended up in care.

Many employers either avoid employing young people from children´s homes altogether or refuse to legally register them as employees once they learn about their status.

According to a study by the Armenian Relief Society, only 15 out of 151 young adults who left orphanages and received state housing between 2003 and 2012 found permanent work.

Out of this number, 66 were unemployed and another 64 had irregular work.

It is hard to hide a past spent in an orphanage. Passports issued until 2012 and still in common use as a form of identification include the holder’s home address.  Given out at age 16 and valid for 10 years, these documents mean that many former residents are in effect still registered at orphanages or at hostels after they come of age.

“Employers know we have no one to lean on and no one who defends us,” Koshkaryan said.

This attitude extended to other parts of society. Koshkaryan recounted the tale of a friend, another graduate from a children’s home, who called the police after her flat was burgled.

“The police told her that someone like her could not expect any help from the police.  So she poured petrol over herself and set herself on fire.  But who wrote about it or talked about it… no one remembers us no matter what happens.”

Anahit Sahakyan, deputy dean of the faculty of sociology at Yerevan State University, said that orphans lacked the social capital to help them to succeed in life.

“Others have fathers, mothers, relatives, friends, but the graduates of orphanages in this regard have very meagre capital, limited to the circle of graduates from the same orphanage, who also have limited opportunities,” she said.

Armenia has been making efforts to reform the system for the last ten years. In 2006, the Yerevan government began, with the encouragement of United Nations Children´s Emergency Fund (UNICEF), to de-institutionalise state-run orphanages and return children given up for reasons of poverty to their biological parents or to foster parents.

According to the ministry of labour and social affairs, 88 orphans were adopted last year, 52 of them by foreign citizens.

The 400,000 euro two-year programme is being implemented by the Centre for Socio-Economic Research and Analysis, with the participation of the ministry of labour and social affairs.

Sixty young people aged 16 to 23 were selected to undergo six months of training on how to run a small business.  They also study English, learn about their constitutional rights and acquire IT skills.

The 20 most promising graduates will receive internships in Armenian companies and small grants to support on their own business plans.

“We have to advise the beneficiaries in the course of the year as well as create practical opportunities for employment in various organisations.  This will give them the opportunity to get a job in the same organisation [in the future],” said programme head Paytsar Hovhannisyan.

Some people do manage to rise above the stigma and prejudice of a childhood in care homes.

Armine Hambardzumyan, 32, is among the few care home graduates who has managed to find steady work.

Now married with three children, she lives in the city of Echmiadzin, south of Yerevan in a small apartment that is part of a state complex of flats for graduates of children´s homes, who can live there for a period of 10 years.

Over the years, Hambardzumyan has worked in a clothes factory, on a cattle farm and as a cleaning lady in private homes.

Her last job was as a cleaner in a state kindergarten, a rare position for a former resident of care as jobs in the public sector are usually unattainable for graduates of orphanages.

Hambardzumyan said she was treated well at the kindergarten but was not legally registered as an employee. This was at her own request as otherwise she would lose her family allowance, a small but stable source of income.

Mnatsakanyan said that orphanage graduates generally lived with their partners without getting married.  If they have a child, the woman is registered as a single mother to receive social benefits.  A single mother with children receives 35,000 drams (73 US dollars) in benefits per month.  The minimum wage in Armenia is 55,000 drams (115 dollars).

As for Koshkaryan, she also has new hope for the future.

Recently, she teamed up with ten other graduates of children’s homes to create Chistim-Blistim (We clean - We shine), a cleaning firm. Their main customers are tourists who find out about their services online. That way, Koshkaryan said, they didn’t have to face discrimination from local Armenian employers.

Anna Muradyan is an independent journalist in Armenia

Armenia
Social justice
Connect with us