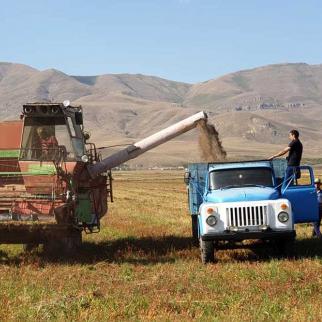 Harvest in Hartagyugh, a village in Armenia's northwestern region of Lori. Over the past five years, food self-sufficiency has been steadily decreasing in the South Caucasus country of three million, due to low yields, uncultivated land and rising fertilisers and fuel prices. © Gayane Sargsyan 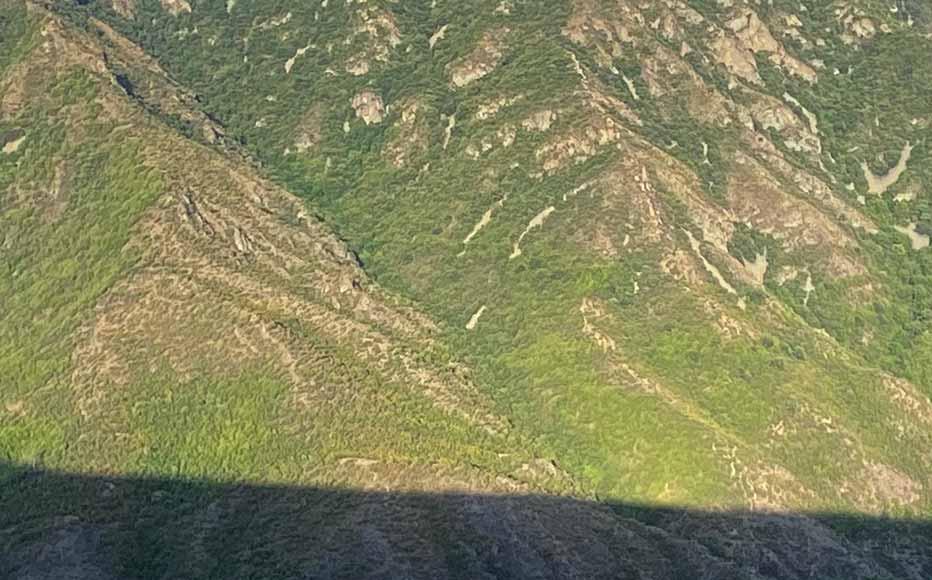 The town of Alaverdi in northeastern Armenia, near the border with Georgia, crossed by the Debed river. A criminal case was filed in late July, following a complaint that the river, a source of irrigation for some two dozen villages, had been polluted by Nahatak tailings. © Mania Israelyan/IWPR
The link has been copied

Residents of the town of Akhtala, north of the Armenian capital Yerevan, have complained about persistent headaches and allergic reactions for years – symptoms they attribute to pollution from the local mining industry.

Samvel Siradeghyan, 62, a farmer, is amongst more than 70 locals who have filed a collective lawsuit against the Akhtala Mining and Processing Enterprise CJSC, demanding compensation for health and economic damages. He said that urine tests taken from the four members of his family revealed concentrations of heavy metals many times above the norm. The problem is seen as emanating from the local mine’s tailings dumps between the villages of Mets Ayrum and Chochkan.

“But no one cares, neither the government nor the business owners,” Siradeghyan said, adding that one and-half acres of land he owns on the river bank was filled with waste the water brought from the mine.

“The trees have dried up, vegetation does not grow, I have not been able to cultivate it for more than ten years.”

The lawsuit against the CJSC mining and processing enterprise was dismissed by the first instance court in July as unfounded, but activists vow to continue campaigning.

Experts say the situation is similar throughout the Lori region, known for its mining industry including in Teghut, Shamlugh, Alaverdi and Armanis.

Arnika, a Czech environmental organisation, has been mapping pollution in Lori’s Tumanyan and Stepanavan regions since 2018, together with Armenian partners the Centre for Community Mobilisation and Support and Ecolur NGOs.

Their studies of soil and water, as well as analysis of hair, nail and urine samples from local residents in Lori, raised doubts about the safety of those living near the mines.

As a result, the entire Alaverdi region was subjected to more comprehensive studies which revealed alarming levels of arsenic and other toxic metals, such as chromium, copper, cadmium and nickel.

The research team mapped the form, degree and risk of pollution across the area, monitoring how it affected residents and contaminated agricultural products.

Oleg Dulgaryan, the head of the Centre for Community Mobilisation and Support, said the situation was broadly the same around all the mines. For instance, he noted that young people living in Mets Ayrum, near the Akhtala CJSC Nahatak tailing dump, were experiencing increasing rates of cancer and other diseases.

“People fight for their lives, right for health and a healthy environment,” he said. “But our state policy doesn’t even come close to [addressing] such issues.”

He highlighted claims that people near the Akhtala waste dumps often had levels of arsenic that exceeded globally accepted norms.

Since Armenia has no set standards for a dangerous dose of arsenic in humans, the samples were tested at accredited laboratories in the Czech Republic.

“The bodies of children contained eight, nine, sometimes ten times more concentrations of toxic substances than the norms set for miners by the Czech Republic Ministry of Health,” Dulgaryan said, adding that this led to a range of risks including cancer as well as cardiovascular and gastrointestinal problems.

Arsenic levels in the soil around tailings in Mets Ayrum and in Tchochkan, another community in Akhtala, found a level of 70 grammes per kilogramme of soil. The safe norm is seen as 00.2 mg per kilo.

Despite complaints of headaches, dizziness and other ailments, those affected in communities near mines such as Armanis, Shamlu and Teghut can expect no compensation or support. Campaigners say that the government has simply failed to engage with the issue.

Dulgaryan said that “all they do after we present the results is count the number of smokers in the communities and by and large attribute the situation to smoking”.

The public health department of the ministry of health did not return repeated requests for comment.

A representative of Akhtala CJSC also failed to provide a response to questions.

“It is difficult to prove this cause-and-effect chain, since the government departments that regulate that policy on a national level, specifically the ministry of health, question that pollution causes health problems,” Dulgaryan said.

Dulgaryan noted that the mining industry in Armenia was allowed to operate with few restrictions, with companies often abandoning waste in valleys and rivers.

After a complaint from the Centre for Community Mobilisation and Support that the Debed river in Lori - the source of irrigation for some two dozen villages – had been polluted by Nahatak tailings, a criminal case was launched in late July.

However, despite repeated enquiries, there has been no update as to the status of this case.

The NGOs presented the results of this study to the government in 2019 and urged them to act. In 2020, the ministry of health responded that they had asked WHO for assistance in assessing the health of people living in mining communities in Armenia.

The plan was to select and monitor two mining and two non-mining communities so as to compare the results and create a mechanism to support the health problems that emerged.

Repeated requests for interview with a representative of the ministry of environment went unanswered, as did an email sent to the minister environment Hakob Simidyan

In an emailed statement, deputy minister of environment Tigran Gabrielyan told IWPR that the ministry’s hydrometeorology and monitoring centre had been regularly controling soil pollution in Lori since 2020.

“The purpose is to evaluate polluted areas and their impact on the environment, as well as assess heavy metal pollution levels... Measures will be developed based on the assessment results,” the statement read, adding that the centre had published the preliminary results. “As to piles of waste around the valleys, riverbanks and open mines, mentioned by the residents, the ministry has no information about [them].”