Armenia: “I Was Born in a Body That Was Not Mine”

Country’s most prominent transgender activist describes her struggle to protect her community from discrimination and violence.

Armenia: “I Was Born in a Body That Was Not Mine”

Country’s most prominent transgender activist describes her struggle to protect her community from discrimination and violence. 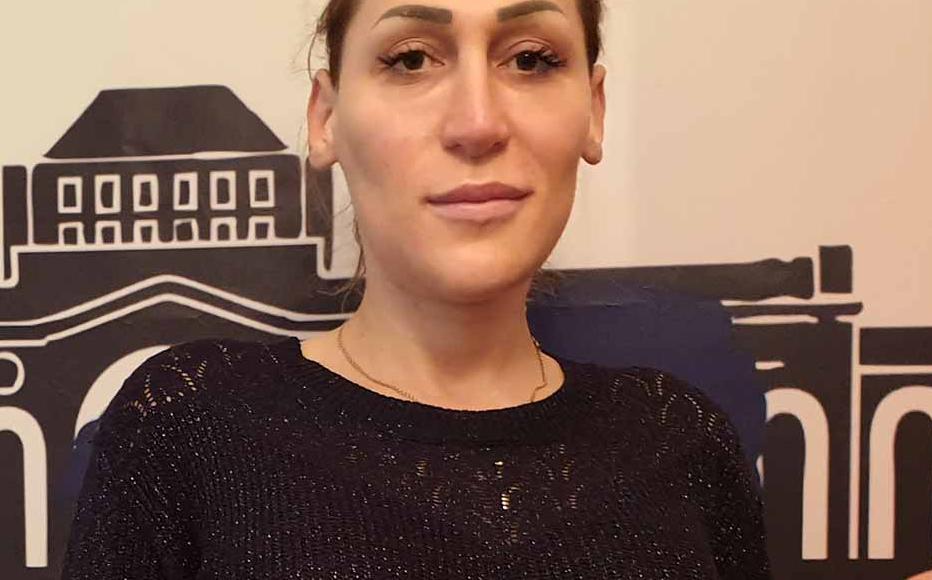 Lilit Martorysyan is Armenia's most propminent transgender activist. In 2019 she addressed the Parliament, calling for protection and respect for her community. Her brief and healt-felt speech prompted political and diplomatic arguments, but it also marked a landmark step for LGBTI rights in the country. © Mania Israyelyan
The link has been copied

Lilit Martirosyan was barely five when she realised she was happier playing with jewelry than the tractors and cars she routinely got as presents. Her family thought she was an oddity, but Martirosyan knew she was simply different, although she did not have the language to express how.

Now 30, Martirosyan has become Armenia’s most prominent transgender activist. In 2015 she was the first trans woman in Armenia to legally change her first name, and in 2021 she changed her gender on a new passport. In 2019 she became the first representative of Armenia’s lesbian, gay, bisexual, transgender and intersex community (LGBTI) to speak in parliament, where she denounced the discrimination her community was subject to in the deeply conservative South Caucasus country.

“You live just because you were born,” she said, describing how such treamtnet had made her feel. “You feel lonely and abandoned, useless. It is as if you are not human, you do not exist. You both live and don’t live.”

Martirosyan said that she had experienced huge amounts of prejudice growing up, with continuous family conflict as her parents tried to steer her towards more typically masculine spaces, and constant bullying at school.

Amidst immense pressure, she left home at 13 and, with the help of a friend, went to live on her own. With no family support, Martirosyan focused on one goal - to earn enough to start hormonal therapy.

Although she found work as a waiter and a cook, her wages were not enough to survive on and she turned to sex work to support herself and save enough money for treatment. She went through hell, she said, recalling how she had been beaten up and kidnapped multiple times.

By the time she turned 18, Lilit had saved up enough to begin hormonal therapy, followed by nine surgeries.

“It doesn’t matter who I was in the past,” she said. “I don’t want to be asked about my previous name. I am what I am now and here. I changed my name, I changed my gender…it was an extensively complex process.”

In 2016, Martirosyan founded the Right Side NGO to raise awareness and advocate for the rights of transgender people and provide them with support, including free legal and psychological aid.

“My mission in life is to help people. It keeps me alive,” she said.

On April 5, 2019, she addressed the Armenian parliament’s human rights committee where she called for her “tortured, raped, burnt, stabbed, killed, banished, discriminated,” community to be protected.

She noted that transgender people in Armenia were subjected “to stigma and discrimination in social, medical, legal, economic areas, and … [are left] unemployed, poor and morally abandoned”.

Armenia decriminalised homosexuality in 2003 but intolerance against LGBTI people remains rife. In December 2021, the Council of Europe called on Armenia to adopt anti-discrimination legislation adding sexual orientation and gender identity to the prohibited grounds for discrimination.

After her speech Martirosyan received death threats on social media and some parliamentarians’ verbal attacks included calls for her to be burned alive. The UN and the European diplomats condemned the reaction and, fearing for her life, supported her to temporarily leave the country.

When Martirosyan returned the discrimination continued. In late 2019 she was dragged out of a taxi with a friend and beaten in front of the constitutional court and in 2020 while with another friend they were kicked out of a restaurant.

“Society has turned us into nocturnal beings. We leave home at night, when there is no one in the street,” Martirosyan said. “[At least people] have stopped calling me ‘the boy with the wig,’ and started using the term transgender.”

Discriminated against at home, Martirosyan is hailed abroad: in 2020 she received the Human Rights Tulip, an annual Dutch government award for outstanding activism.

And she is determined to stay in Armenia and contribute to making it a more tolerant country.

Martirosyan said that what kept her going was her faith in God and her mother’s optimism. Over the year, broken ties with her family were mended.

“If God hadn’t given me the strength I would have been over long ago,” she said, adding that relations with her family evolved naturally. “I never told them it is up to you to accept me or reject me. It took time, hard work and a respectful attitude to fix things.”