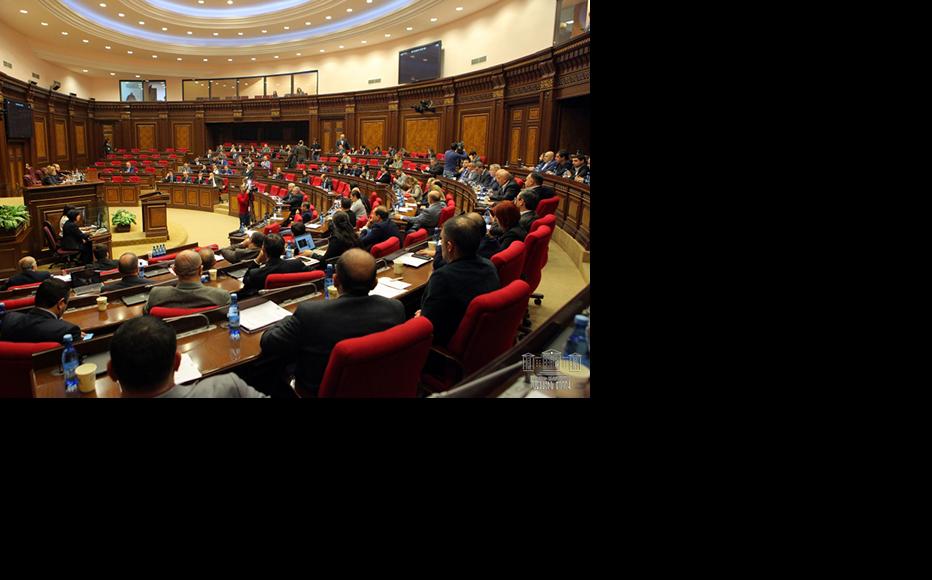 Armenia has declared war on its criminal subculture with new laws that will impose severe penalties on those found guilty of involvement in high-level organised crime.

The initiative was first raised in August, when Prime Minister Nikol Pashinyan announced a policy of zero tolerance and told lawmakers that his government would wage an uncompromising fight against such criminal elements.

He annnounced a draft amendment to the criminal code, “the essence of which can be briefly described as follows: A thief must be in prison. Thieves-in-law treat prison as their home and we will send them there”.

Thieves-in-law is a status given to elite members of the organised crime world who enjoy respect and influence. The term originated in the Soviet Union and can be translated as legalised thief”.

The amendments, passed in their first reading on November 17, provide for severe punishment for those found to be “occupying a high position in the criminal hierarchy”. Such figures will face up to 15 years in prison, similar to the term approved in Russia in April 2019.

Pashinyan, who spent some time in jail for participating in the mass protests that followed the disputed 2008 presidential elections, noted that measures would have to be taken within prisons too.

“I personally witnessed how the relatives and friends of the convicts sold everything they had in order to protect their loved ones in prison from a predatory system of internal relations. We must take drastic steps and there will be resistance, but our actions must be very tough to solve this problem,” he said in August.

Armenian minister of justice Rustam Badasyan noted that criminal networks extended within the country’s penal system too and warned that it would be a criminal offence “to raise funds within the penitentiary facility for the needs of those who hold high positions in the criminal hierarchy”.

The bill has to pass a second reading and be signed into law by the president before it comes into force.

Government figures said that the new legislation was intended to send a clear message to the country’s criminal class.

“This is what we state clearly: Armenia is not a place for criminal elements,” Alen Simonyan, vice-speaker of the Armenian parliament and a Pashinyan ally, told IWPR. “This is a very important moment when the political leadership of the country is not only in no way connected with the criminal world, but loudly claims that it will not tolerate their activities in Armenia. This is a clear message targeted to changing the social environment and attitudes towards criminal elements.

“In some ways, we are dealing with an unprecedented situation, since in the past there were many publications about the links of the previous leadership with the criminal world.”

Days after the legislative proposals were put forward on August 29, there were attempts to organise prison riots in several facilities across the country, though these were quickly suppressed.

The discussions when the bill came to parliament in November were also confrontational, and some opposition lawmakers have raised concerns about what they see as inaccuracies and ambiguities in the bill.

“First of all, the bill does not define who the ‘thief-in-law’ is, but only refers to people who occupy high positions in the criminal hierarchy,” said Sergey Bagratyan from Prosperous Armenia, adding that the law was open to multiple interpretations.  “From a legal perspective, there are many discrepancies; the law can be rendered differently and used as a cudgel against opponents. If it is left like this, then hypothetically even people with authority in such important sectors as sports, culture and so on can fall under these definitions.”

Bagratyan said that while his party also backed the fight against organised crime, the bill needed further work.

“We have submitted proposals for clarifying the controversial provisions in the bill. If they are adopted, we will support the bill,” he concluded.

Edmond Marukyan, head of the Bright Armenia faction, agreed with this criticism.

“The bill has a problem with legal definition. That is, the concepts are not specified and they can be applied to any person. At least it is necessary to clearly define who the thief-in-law is,” he said, adding that if his party would back the bill if this was set out clearly.

Parliamentarians from the ruling My Step bloc see Georgia’s experience in fighting organised crime as a good model.

“Our goal is to learn the Georgian experience, apply it and avoid any mistakes,” said My Step lawmaker Gayane Abrahamyan, following a recent visit to Tbilisi with an Armenian parliamentary delegation to study the issue.

In the mid-2000s, Georgia launched its own fight against the criminal underworld. Most major figures were arrested and had their property confiscated; once in prison, they were not allowed their previous privileges. This was seen as a turning point for Georgia, and now any participation in the criminal underworld can lead to severe penalties.

Human rights activist Arthur Sakunts told IWPR that the proposed law would be a vital tool in weakening the power the mafia currently wielded in Armenia.

“It is necessary to separate the political system from the criminal one. The criminal world should not influence politics, economics or other important decisions,” he explained, adding “Earlier, before the ‘velvet revolution’ of April 2018, it was the other way around.

“Criminals were affiliated with the authorities. It cannot be excluded that they influenced some political and economic decisions.”

“We will simply catch people and put them in jail, but we won’t eradicate the causes of crime,” he said, arguing that the country’s leadership needed to focus on the education of the younger generation “otherwise we will have new criminal leaders born tomorrow”.

Giving Voice, Driving Change - from the Borderland to the Steppes
Armenia
Corruption, Detentions, Rule of Law
Connect with us