Yerevan may benefit from increased trade and new export routes.

Yerevan may benefit from increased trade and new export routes. 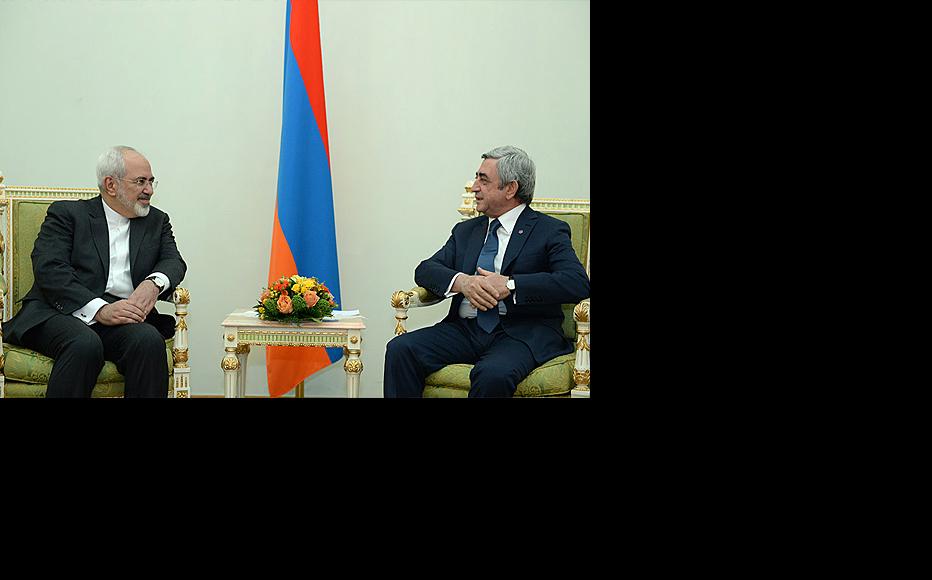 The prospect of an end to international sanctions on Iran is good news for Armenia, according to analysts, who predict a boost for their country’s economy.

The framework agreement reached by Iran and six international powers in Lausanne on April 2 envisions a gradual lifting of sanctions in return for cuts to its nuclear programme.

Analysts predict this will help Iran regain its economic and geopolitical weight in the Middle East and South Caucasus. Its northern neighbour Armenia was one of the first countries to welcome the outcome of the talks.

“This will contribute to strengthening stability and cooperation in the region,” Foreign Minister Eduard Nalbandyan said in a statement.

Christian Armenia and Shia Iran have built a positive relationship since the end of the Soviet Union in 1991. By contrast, the relationship between Iran and Shia-majority Azerbaijan has been cool at best. The Nagorny Karabakh conflict left Armenia with a hostile Azerbaijan to its east and with Baku’s ally Turkey to the south and west. Iran offers Armenia an important transport route south as well as a trading partnership, and both could be enhanced once sanctions end.

To date, cross-border trade has been constrained by the sanctions rules. Bank transfers and other financial transactions are impossible, so trade is restricted to bartering Iranian gas for Armenian electricity, and private business deals in cash.

Sanctions have prevented cash-strapped Iran from moving ahead with a number of major joint projects involving hydroelectric power generation, railway links, the construction of an oil refinery, and the establishment of a free economic zone.

“Trade with Iran has fallen by 50 or 60 per cent,” explained Arsen Ghazaryan, chairman of Armenia’s of industrialists and entrepreneurs. “Armenia has been cut off from the Iranian port of Bandar Abbas in the Gulf, as shipping companies refused to deliver goods to an Iranian port.”

According to Ghazarian, Armenia has been forced to use the Georgian ports of Batumi and Poti for maritime shipping. The easing of sanctions would help diversify export routes, turn Armenia into a pivotal transit route, and restore previous volumes of trade.

As well as reviving trade and other economic projects, the end of sanctions could revive the flow of Iranian tourists visiting Armenia, which declined sharply after the collapse of the Iranian currency.

However, Iran expert Gohar Iskandaryan does not think economic ties and bilateral projects will revivee immediately, with the possible exception of work on the Meghri hydropower plant on the two countries’ border.

“That’s the most likely project to be implemented after sanctions are lifted,” she told IWPR.

Iskandaryan is not optimistic about other projects like the planned Southern Armenia Railway that would link the two countries.

“Its future is unclear, because implementation requires huge investment funds while its economic feasibility is questionable,” she said.

Experts on Iran predict that the relaxation of sanctions will lead to a major geopolitical shift in the region.

“In political terms, the lifting of sanctions will mean that the international community recognises the right of Iran to become a regional leader,” said analyst Garnik Asatryan. “This could lead to Turkey’s influence in the region diminishing, which for Armenia would be a positive thing.”

Manvel Sargsyan, the director of the Armenian Centre for National and International Studies, said the end of sanctions would mean a rethink of Iran’s role in international relations as well as regional security.

“A new status quo is developing in the region. Once sanctions are lifted,Tehran may become a powerful regional player and even help resolve disputes,” he told IWPR.

However, Iran’s increasing power and regional influence may also bring challenges for Armenia.

Under sanctions era, Tehran was keen to establish good relations with countries that were prepared to deal with it, but it may pay less attention to small Armenia once it regains a bigger international roles.

“Without sanctions, Iran’s relationship with Armenia will become less important,” said Vardan Voskanyan, head of the Iranian studies department at Yerevan State University, adding that this might affect projects like the Southern Armenia Railway.

But overall, the Armenian experts are optimistic about the effects of the Lausanne nuclear deal.

“Iran will of course retain its status as a country with a nuclear programme, which is a matter of national pride for Iranians,” Voskanyan said. “They can now maintain that status and compensate for a reduction in nuclear capacity by expanding their regional influence.”