Escalations shows that any short-term progress towards peace remains unlikely.

Escalations shows that any short-term progress towards peace remains unlikely. 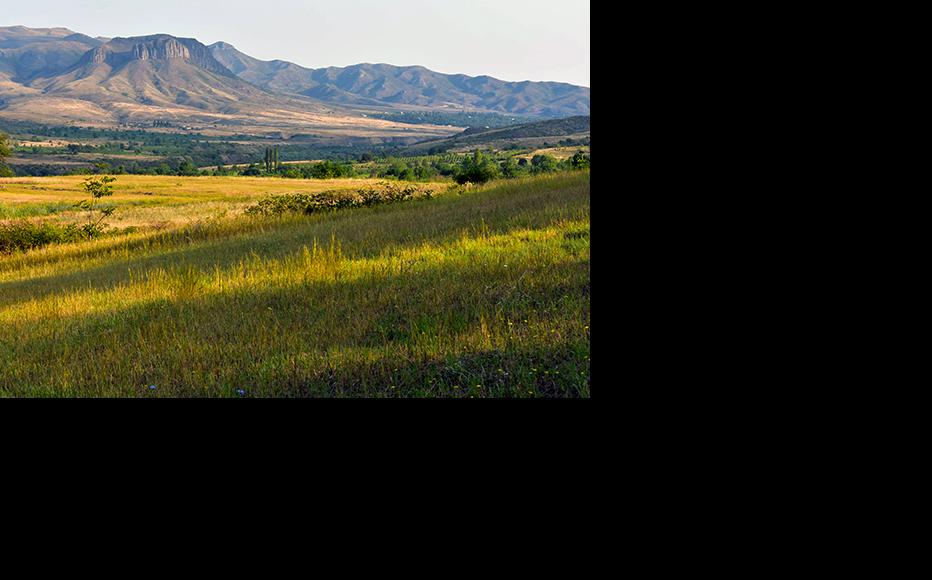 The Karadash Hill, from the Armenian border village of Chinari, where fighting took place between the two sides in July. (Photo: Arshaluis Mghdesyan)
The link has been copied

Experts say the recent confrontations between Armenian and Azerbaijani armed forces - the most violent since the end of the war in 1994 – were fuelled by frustrations over the Karabkh peace process as well as domestic social and economic stresses.

The July 12-18 clashes, involving artillery, tanks and shock drones, took the lives of at least 16 soldiers from both sides, including an Azerbaijani general. They came four years after the last major escalation, known as the April War.

Tatul Hakobyan, an analyst who works on Karabakh-related issues, described the new escalation as “strictly local” as it did not spread beyond several villages in the Tavush province of Armenia and Azerbaijan’s Tovuz region.

He pointed out, however, that the location of hostilities had changed. The fighting took place not on the line of contact between the troops of Karabakh and Azerbaijan, but on the Armenian-Azerbaijani border.

“Most likely, the escalation commenced after one of the sides started to improve its positions on the front line, which is very common for borderline zones. As a result, the combat position of the opposite side was under the control of the Armenian Armed Forces,” Hakobyan said, noting that the Azerbaijani-Armenian borderline in this area differs from the political map of the region.

“The borderline there was formed after active battles between the Armenian and Azerbaijani armed forces during the Karabakh war,” he continued. “There are some territories that are marked on the political map as Armenia, but in fact they are controlled by the Azerbaijani Armed Forces and vice versa.”

Hakobyan said that the road leading to the Azeri position on Karadash was currently controlled by the Armenians.

Ex-President of Armenia, Robert Kocharian, provided his own explanation for the escalation.

The Armenian defence ministry appeared to confirm this, noting that the clashes “happened on the territory of Armenia”.

Hakobyan said that while it was true that the Azerbaijani side had suffered no territorial losses, “this is only formally; it is a part of Armenia on the map, but in fact this area is controlled by the Azerbaijani armed forces”.

Amid the escalation, President Ilham Aliyev also said that Azerbaijan “has not lost a single centimetre of territory”.

Experts note significant frustration due to the lack of progress in resolving the Nagorny Karabakh issue.

“Disappointment from the negotiation process is felt in Azerbaijan,” said Azeri political analyst Arif Yunusov, who lives in exile in the Netherlands. “Fewer people trust President Aliyev saying that negotiations with Armenia can bring some results. Moreover, people have little faith in statements that Baku, if necessary, can resolve the issue by military means. This is what has been repeated for decades.”

He said that when Nikol Pashinyan came to power in Armenia in April 2018, Azerbaijanis had new hope for the resolution of the conflict.

“However, after Pashinyan, at the opening ceremony of the Pan-Armenian Olympic Games in 2019 in Stepanakert said that ‘Artsakh [the Armenian name for Karabakh] is Armenia, full stop” and Aliyev responded that “Karabakh is Azerbaijan, exclamation mark,” it became clear that the expectations were in vain,” Yunusov said. “This is where the disappointment with the negotiation process comes from.”

This disillusion was apparently shared by the leadership.

“Today, in fact, there are no negotiations on the resolution; the video conferences of the foreign ministers of Azerbaijan and Armenia do not make sense either,” Aliyev told local TV on July 6, less than a week before the flare-up. “This is just an imitation of the activities of the OSCE Minsk Group. If the negotiations are not substantive, we will not participate in them.”

“It cannot be an accident [that Aliyev made this comment],” military expert Tevan Poghosyan said, adding that Turkey had also played a role in the escalation.

“Turkey, in spite of being a member of the OSCE Minsk Group on resolution of the Karabakh conflict, made a number of harsh statements about Armenia and in every possible way justified the actions of Baku on the front line,” he continued. “This is a scenario developed in coordination with Azerbaijan and everyone in the Turkish government supports Baku with similar statements.

“It is also no coincidence that the military leadership of Azerbaijan visited Turkey at the height of hostilities on the Armenian border and discussed the issue with the minister of defence and the chief of general staff of Turkey. And now, not far from the Armenian border, Azerbaijan and Turkey are conducting joint large-scale military exercises,” Poghosyan concluded.

Armen Grigoryan, secretary of the Security Council of Armenia, said that the main reason for the escalation was the domestic situation in Azerbaijan caused by the fall in oil prices, the country’s main export commodity.

“In the similar circumstances, as a rule, Baku - in an attempt to avoid domestic unrest - replaces the socio-economic front with the military one,” he said. “This happened in 2016 during the April war in Karabakh and we saw it in July 2020. In both cases, the hostilities were preceded by a serious decline in prices for hydrocarbons, on which the Azerbaijani economy is strongly dependent.”

With no ongoing negotiations at all, the escalation further dims any prospect of peace in the region. The last videoconference between the foreign ministers of Armenia and Azerbaijan took place onJune 30. Following the July hostilities, Aliyev fired foreign minister Elmar Mammadyarov, who had been in the role since 2004.

“By dismissing Mammadyarov, Baku drew a line under the Madrid principles on the resolution of the Karabakh conflict, proposed by the OSCE Minsk Group to parties in conflict in Madrid in November 2007,” Hakobyan said.

“At the very least, this document was discussed at the negotiating table and gathered the parties around it. After the dismissal of Mammadyarov, who had been working on this document for many years, one might say Aliyev rejected it. Now a new document is needed for building peace between Armenia, Karabakh and Azerbaijan, but under current circumstances it will be very difficult to accomplish.”

Giving Voice, Driving Change - from the Borderland to the Steppes
Armenia, Azerbaijan
Army, Conflict
Connect with us