Armenia-Azerbaijan: Back to War?

Harsh rhetoric from the leaders of both countries accompanied by an unusually high deployment of military hardware.

Armenia-Azerbaijan: Back to War?

Harsh rhetoric from the leaders of both countries accompanied by an unusually high deployment of military hardware. 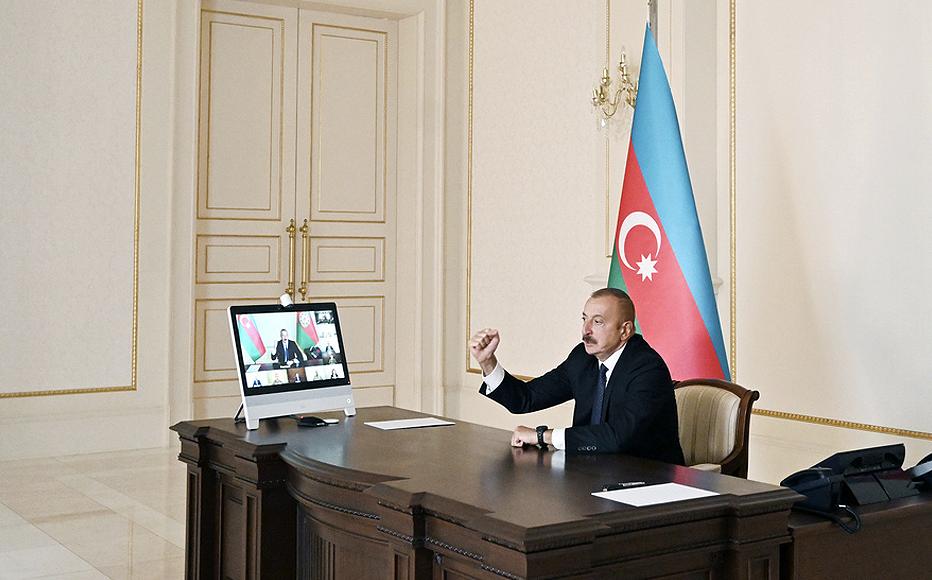 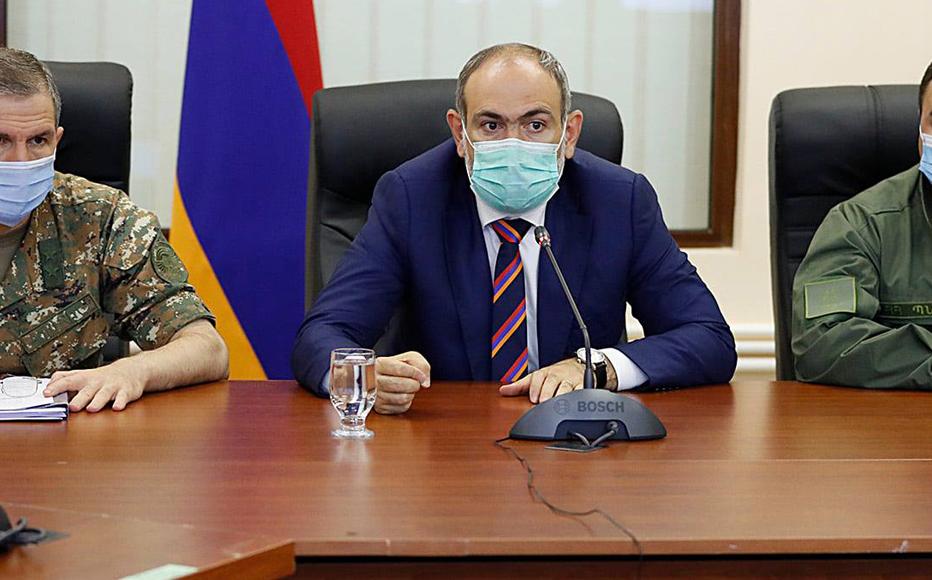 Nikol Pashinyan, PM of Armenia is meeting the leadership of the Armed Forces at the Ministry of Defense. © Armenia PM website
The link has been copied

Renewed clashes between Armenia and Azerbaijan over Nagorny Karabakh, some of the most heated in recent years, have raised fears of a major escalation between the two countries.

The fighting, the worst since a four-day war in 2016, has seen harsh rhetoric from the leaders of both countries and their allies, as well as an unusually high deployment of military hardware.

Tensions have been building in recent months, including clashes on July 12-18 which led to the deaths of at least 16 soldiers on both sides.

On September 27, Armenia accused Azerbaijan of launching an attack on Karabakh on, while Baku said its strikes had been in response to Armenian artillery fire.

“At the decision of the government, martial law and general mobilisation is being declared in the Republic of Armenia,” Prime Minister Nikol Pashinyan said in a public statement. “I call on the personnel attached to the troops to present themselves to their district commissariats. For the fatherland, for victory.”

The Azerbaijani government also announced martial law and brought in a curfew across all large cities.

“Today Azerbaijan’s Army defends the territorial integrity of Azerbaijan on its soil,” said President Ilham Aliyev. “Armenia is an occupying state, and an end must be put to this occupation.”

Both defence ministries published numerous videos of damages inflicted on the other side, displaying an unusual amount of military hardware including drones, tanks and rockets.

The leaders of Armenia and Azerbaijan immediately sought support from their respective allies, Russia and Turkey.

Turkish president Recep Erdogan declared Armenia the greatest threat to peace in the region and called for the international community to support them.

A statement posted on the website of the president of Azerbaijan announced that the two men had spoken directly, adding, “Expressing his gratitude for the condolences, the head of state hailed the continued support of the Turkish president on the Armenia-Azerbaijan Nagorno-Karabakh conflict.”

Pashinyan, meanwhile, said that he had been in close contact with Moscow.

“During a telephone conversation with President Vladimir Putin, I provided detailed information on the situation on the contact line in NK,” he said in a tweet.  “I expressed concern about the military actions unleashed by the Azerbaijani side, which I described as aggression against NK.”

The conflict dates back to the collapse of the Soviet Union when ethnic Armenians living in the Karabakh region declared independence, leading to a war between Armenia and Azerbaijan. A ceasefire agreement reached in 1994 left the conflict frozen.

The Minsk Group, which includes France, Russia, and the United States, have tried to press forward with a peace process, but talks have largely stalled since 2010.

Both sides now claim that the other was launching a pre-planned aggression intended to lead to territorial gains.

“This latest offensive by Azerbaijan is new in several respects,” said Richard Giragosian, director of Armenia’s Regional Studies Centre. “First, the timing could not have been worse. Despite the shared threat from the global public health crisis over the coronavirus or Covid-19 pandemic, Azerbaijan chose this especially vulnerable time to attack. Second, this is not an isolated incident, however, as this new offensive follows a similar attack in July, now seen as part of a more pronounced pattern of using the military force of arms to attempt to impose a ‘resolution’ to the Karabakh conflict by force rather than through diplomatic negotiations.”

He added, “Moreover, and third, the coordination and logistical preparation necessary to conduct this latest offensive by Azerbaijan only demonstrates that this latest round of fighting was a calculated and planned act of aggression. Beyond the surprise nature of the attack, Azerbaijan’s willingness to target civilian areas and population centres in Karabakh also demonstrates a new disregard for the security of non-combatants.”

Farid Shafiyev, chairman of the Baku-based, pro-government Center of Analysis of International Relations, said that it was in fact Armenia that was trying to impose a military solution.

“The latest escalation between Armenia and Azerbaijan should be considered in the context of two dimensions,” he continued.

“From a military viewpoint, Armenia's [minister of defence] David Tonoyan in March 2019 declared a new offensive doctrine – ‘new war for new territories’. From a diplomatic front, Armenia in March-April 2020 denounced the Madrid Principles which for more than a decade was a vital proposal to reach peace.

“Thus, the government of Armenia effectively ended the negotiation which both sides and co-chairs of the Minsk Group – France, Russia, the US invested so many efforts in.”

Shafiyev added, “The public mood in Azerbaijan is also pro-war as people are tired of waiting so many years for the resolution. All peaceful means seem to be exhausted and I believe this escalation will have long-term consequences for the conflict.”

The mounting conflict has also been playing out over social media, particularly Twitter, with both sides sharing unverified videos supposedly depicting the destruction of the other’s military equipment.

On September 28, the websites of the Armenian government was inaccessible, signaling a potential cyberattack.

Giving Voice, Driving Change - from the Borderland to the Steppes
Armenia, Azerbaijan, Karabakh
Crisis, Conflict
Connect with us