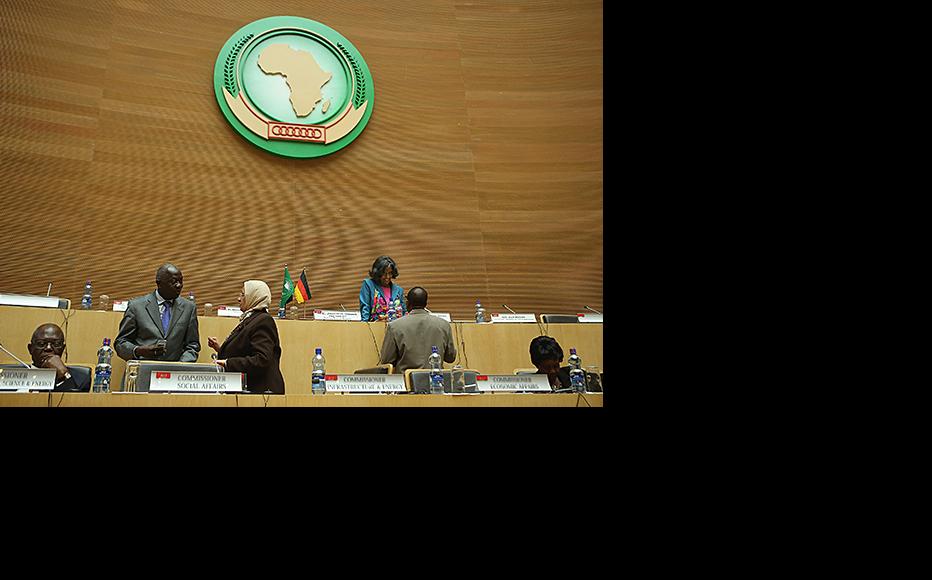 Fifteen AU states need to ratify the treaty before the court can be set up. (Photo: Sean Gallup/Getty Images)
The link has been copied

The African Union has approved a treaty to establish a regional human rights court with jurisdiction over criminal as well as civil cases. But if the African Court of Justice and Human Rights (ACJHR) comes into being, it will exempt sitting heads of state and other senior leaders from prosecution.

African Union (AU) states adopted a protocol on the ACJHR at a meeting in Equatorial Guinea, at the end of June. The new court will merge the existing African Court on Human and People’s Rights, based in Arusha, Tanzania, with the previously proposed African Court of Justice, which only exists on paper.

While the Arusha court currently handles only civil cases, the ACJHR would also have jurisdiction to prosecute international-scale crimes, including genocide, war crimes and crimes against humanity. In addition, it will also deal with “transnational crimes” like money laundering, human and drug trafficking, terrorism, and piracy.

Human rights groups are appalled at the decision to grant national leaders immunity before the ACJHR, pointing out that this goes against everything that international criminal courts exist for.

The document approved in June is an amended version of the original protocol on the ACJHR agreed in 2008, with the immunity clause added. (See African Court No Substitute for ICC.)

“Heads of state do not enjoy immunity under their own laws,” Stephen Lamony, a senior adviser at the Coalition for the ICC which supports the Hague court, told IWPR. “A typical example is the Kenyan constitution, Article 143(4) which clearly states that the president is not entitled to immunity.”

Before the ACJHR can even get off the ground, a whole host of issues need to be resolved, among them the discrepancies between its remit (including the immunity clause) and the legal frameworks of other international courts, and the need to locate funding sources to run it. Some legal experts predict that these obstacles make it unlikely that the court will come into being, at least in the fully-fledged form that is proposed.

First off, the agreement reached on the ACJHR treaty last month is no guarantee that individual AU states will actually ratify it. A total of 15 states must do so before formal steps take place towards establishing the court. Each member country must now look into compatibility issues regarding its domestic legal system. Since the original ACJHR protocol was agreed in 2008, only five states have ratified it.

Donald Deya, chief executive officer of the Pan-African Lawyers’ Union in Arusha, believes it could take up to five years to gather the required number of signatories.

However, others predict that things will move more quickly. Phil Clark, an expert on international justice at the School of Oriental and African Studies in London, believes that there is significant momentum behind the ACJHR, driven largely by AU opposition to the ICC because of the indictments against the presidents of Sudan and Kenya.

The ICC has an outstanding indictment against Sudan’s Omar al-Bashir for genocide in Darfur, while Kenyan president Uhuru Kenyatta is due to go on trial in October charged with orchestrating post-election violence six years ago.

Another factor in the ACJHR’s favour is that it has support not just from traditional opponents of the ICC like Rwanda, Libya and Sudan, but also from countries that have typically stood behind the Hague court such as South Africa and Ghana.

“A lot of powerful voices in the AU see this as an urgent issue, there seems to be a degree of political haste around this,” Clark said. “My sense is 15 countries to ratify this won’t be difficult.”

The ACJHR protocol makes no mention of the ICC, or the relationship foreseen between the two courts. Yet 34 of the AU’s 54 members are also signed up to the ICC, so legal incompatibilities will have to be addressed for them, at least.

In a 2012 report, the Institute for Security Studies (ISS) in South Africa warned that with the emergence of the ACJHR, overlapping spheres of jurisdiction and conflicting obligations to two different international courts would create problems at national level. For example, domestic laws that require cooperation with the ICC would have to be rewritten to encompass the ACJHR, with its different remit.

“Here is a completely new creature with identical jurisdiction to the ICC, but with no bridges between the two, and it is difficult to anticipate the potential implications and challenges,” he said.

Then there is the problem that many crimes that the ACJHR is empowered to try are not offences in some domestic legal systems. The ISS report warned that this would require states to undertake “a major rewrite” of domestic legislation.

Above them all stands the vexed question of impunity for senior leaders – allowed by the ACJHR, prohibited by the ICC and by many national laws.

The biggest practical obstacle to setting up the court – funding – is likely to emerge further down the line.

No projected budget has yet been drawn up, but the ACJHR will probably be much more expensive than the existing African Court on Human and People’s Rights, as it will investigate a broader range of cases.

As well as war crimes, crimes against humanity and genocide – a mandate shared with the ICC – the ACJHR will have a heavier workload that includes terrorism, piracy and other cross-border crimes, plus civil cases.

The ICC’s budget for this year is 166 million US dollars, while the AU’s entire annual budget stands at just over 300 million dollars.

More than half the AU’s budget is funded by non-African donors, and external financing is likely to be essential to the ACJHR as well.

“The big question for me is whether the donors will come on board with this because this kind of institution won’t get up and running unless there is substantial donor support,” Clark said.

Western donors have funded a wide range of justice mechanisms both internationally – including the ICC – and at national level in Africa. They might find it hard not to help fund the ACJHR given that they have spent so much time pushing African governments to develop stronger mechanisms for legal accountability.

However, the idea that presidents and other senior figures would be able to get away with murder under the ACJHR’s rules is likely to put off many potential funders.

“I would imagine donors would be uneasy about the immunity for senior heads of states, the senior leaders’ provision, in the draft court statute,” Clark said. “That is the kind of thing the donors will be very uncomfortable funding. If that provision is not altered, then the court might find it difficult to get the support it needs.”

PERIOD OF DIPLOMATIC WRANGLING AHEAD

Before the ACJHR comes into being, lengthy consultations are likely to take place between the AU and potential donors, centring on the court’s mandate and management. That will provide an opportunity for Western states to try to refine the court’s regulations.

“If the court does get up and running, I would not be surprised if it looks very different from the one being proposed at the moment,” Clark said, adding that he was not optimistic that donor states would have it all their own way. “My sense is the AU won’t budge on the immunity issue. I think there will be a bit of a stand-off over this. It will be a question of how uncomfortable donors are with that – are they so uncomfortable that they would hold back funding to such a court?”

If some donors hold back, the AU might go ahead and set up the regional court as best it can. But limited funding could have serious repercussions for how the court operates.

“We may end up with an institution, but a kind of skeletal institution that doesn’t have the personnel and the finance to do a serious job,” Clark said. “I have to say at the moment I think that is probably the likeliest outcome.”