Afghanistan’s Peace Must be Inclusive

As talks reach a crucial stage, Afghan and international politicians should not repeat the mistakes of the past.

Afghanistan’s Peace Must be Inclusive

As talks reach a crucial stage, Afghan and international politicians should not repeat the mistakes of the past. 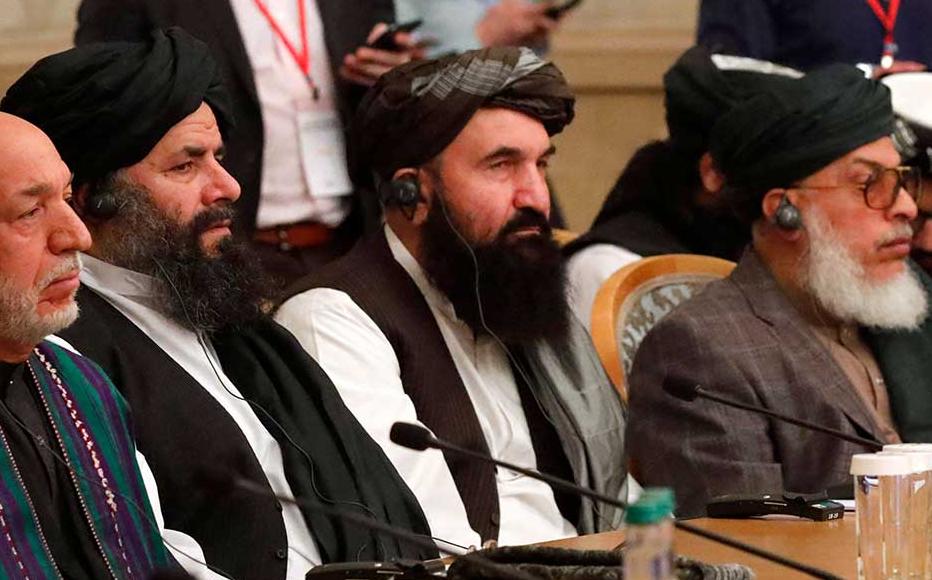 Former Afghan president Hamid Karzai (L) and Taleban co-founder Mullah Abdul Ghani Baradar (2R) attend an international conference on Afghanistan over the peaceful solution to the conflict in Moscow on March 18, 2021.
The link has been copied

The clock is ticking for an Afghan peace deal. Most recently, an international summit was held in Moscow on March 18; next is a much-anticipated meeting slated for Turkey at some point this month.

Looming over these accelerated talks is President Biden’s September 11 deadline for all US troops to leave Afghanistan, itself the result of a US-Taleban agreement reached barely a year ago in Doha.

The US government has a pressing interest; to get its military out of Afghanistan after nearly 20 bloody years. Afghans also want this to happen, but are clear that a hasty withdrawal must be avoided at all costs.

While the Biden administration appears determined to wind down US military involvement within the year, the exit must be responsibly managed so that it does not repeat the mistakes of the 1990s when Afghanistan descended into civil war after the Soviets left with no proper political settlement. The overriding fear is that a precipitous departure will hand control of the country over to the Taleban, returning the country to a new period of repression like that it suffered before the current war.

Repeating the mistakes of the past seems to be a persistent theme of this conflict.

Afghanistan has been plagued by nearly continuous violence since 1978, and the situation is only getting worse. According to some calculations, the conflict was the world’s deadliest in 2018 and 2019, accounting for over a third of all global casualties. The Taleban now controls or contests swathes of the country where more than half of Afghanistan’s predominantly rural population lives.

Their strength was one of the reasons that led Washington to consider direct talks, a process which led to the February 2020 US-Taleban Doha peace agreement.

But while peace talks were ongoing, Taleban and Islamic State (IS) attacks continued. Several steps that could have served as leverage within the negotiations were effectively ceded by the US, while increased violence by extremist elements has demonstrated the ascendancy through the process.

Figures from the UN Assistance Mission in Afghanistan show that 3,035 civilians were killed and 5,785 injured in 2020, with a significant rise in assassinations since direct talks between Kabul and the Taleban began that September.

The March 18 Moscow summit was an attempt to find a shortcut to escape this spike in violence, attended by the US, Pakistan and Turkey. Afghanistan’s longstanding ally India was not invited, apparently at Pakistan’s request. Afghan foreign minister, Mohammad Hanif Atmar, during a recent visit to New Delhi, called not inviting India to the summit a “mistake”. Afghanistan’s neighbour Iran also did not attend.

Afghans appreciate any steps taken to resolve their longstanding crisis. However, neither Afghan politicians nor international policymakers seem to have learned any lessons from the crucial post-Taleban conference held in Bonn in 2001. The key parties to the fighting – the Taleban itself and Hizb-i-Islami Gulbuddin, the party of former prime minister Gulbuddin Hekmatyar – were not invited, a grave mistake that ultimately doomed the success of the eponymous accords.

We are witnessing the same actors repeating the same mistakes. And if the political and international process has failed to include key players, this lack of inclusivity when it comes to Afghanistan’s domestic constituency is even starker.

The previous process under the Trump administration fully excluded the Afghan government. At least that gap has been repaired in the new talks, even if they are encumbered by commitments that have already been made.

Yet neither women nor youth have been given a significant role in the formal process. Only four out of 21 of the Afghan negotiators in the Doha talks were women, while – unsurprisingly – there was not a single woman from the Taleban side.

This feeble representation deteriorated yet further in the Moscow summit, which saw only one woman – former Bamyan governor Habiba Sarabi – included in the 12-member Afghan team.

“Why should I be the only woman in the room?” she told the summit. “We have not been part of the war. We can certainly contribute to peace.”

This matters, not least because women’s rights under Taleban rule were brutally restricted. There is widespread fear that the past 20 years of achievement in the area of gender equality will be vastly compromised to achieve a faster end to the violence.

Women’s involvement must go beyond token representation. Women in rural Afghanistan may have different priorities from those in urban centres. They deserve to have a stake in the proceedings, rather than just be represented by the elite that dominates public discourse.

“During the past two decades, since the US invasion, the issue of women’s rights has been raised merely as a slogan,” Aryan Youn, a lawmaker from eastern Nangarhar, told Arab News recently.

“Donors and sponsors of conferences should choose women who have a good understanding of women’s pains and sufferings because they have lost sons, husbands and family members in the war.”

In addition, youth representation has been close to zero. This is not because of lack of appetite from a younger generation. IWPR’s experience working with young people in Afghanistan has shown just how invested they are in their country’s future.

More than 40,000 young Afghans took part in the IWPR project Open Minds: Speaking Up, Reaching Out, which we implemented ahead of crucial 2014 presidential and provincial elections. They developed critical thinking skills , as well as effective communication and engagement abilities, to allow them to be more active participants in the democratic process.

Around 63 per cent of the population are under the age of 25. In order for Afghan peace to be successful and durable, it is important that these young people be given the opportunity for equal and meaningful participation in the process. Other groups need to be included, too – minorities such as Hindus and Sikhs, and survivors of past violence.

Such constituencies were notably neglected by the recent letter by US secretary of state Antony Blinken to President Ashraf Ghani, in which he urged Kabul to do more to support the ongoing peace process.

Many Afghans were angered by Blinken’s insistence that the Afghan leader work with specific figures including ex-president Hamid Karzai and former Mujahideen leader Abdul Rab Rasul Sayyaf. They argued that these individuals could not fully represent the Afghan people, given that many were active players in the violence and accused of human rights atrocities.

Instead, the secretary of state should have urged the Afghan president to work with institutions such as parliament, civil society, women, youth and the media, to ensure a more inclusive process. It is vital to give these groups a voice.

Recently, more than 1,300 Afghans from every province of Afghanistan participated in a National Peace Gathering in Kabul, organised by the Afghanistan Mechanism for Inclusive Peace.

They included NGOs, religious scholars, youth, women activists, tribal leaders and survivors of violence. The gathering produced key recommendations relating to governance, transitional justice and security. But chief among their demands was inclusion.

“The people, and not only the political elites, represent Afghan society,” their statement read.

There is no easy answer for Afghanistan. But to ensure a real, sustainable peace, those preparing to gather round the table for the upcoming Turkey talks should heed this crucial message.