Afghanistan: The Town That Never Was

An IWPR investigation indicates that funds for a new housing project were allowed to simply disappear.

Afghanistan: The Town That Never Was

An IWPR investigation indicates that funds for a new housing project were allowed to simply disappear. 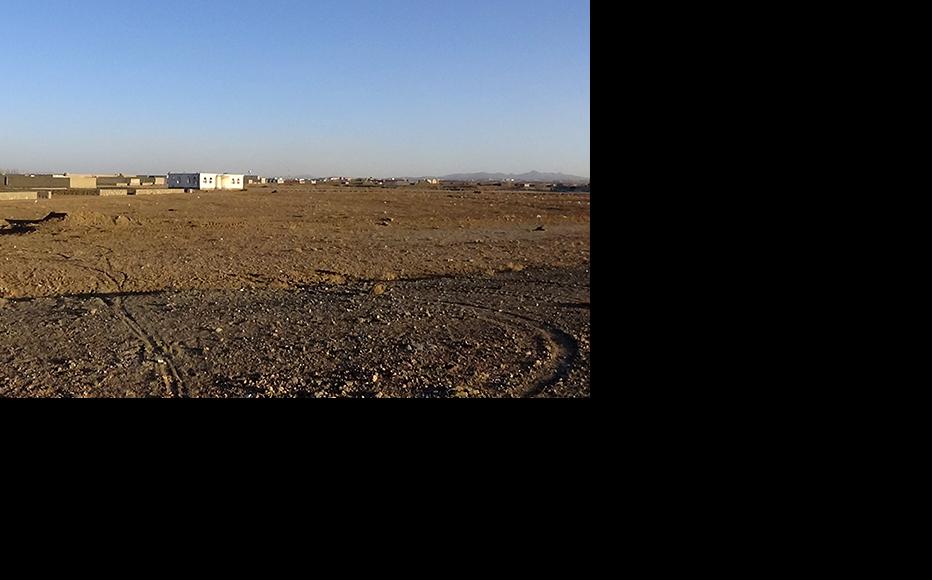 The site intended for Shahrak Mamorin remains undeveloped. (Photo: IWPR)
The link has been copied

Five years after it was supposed to be finished, a residential project in Paktika's provincial capital is yet to materialize and the more than 400,000 US dollars that were supposed to fund it remain missing.

A two-month IWPR investigation has revealed that although deposits were paid on more than 1,000 plots of land, no work was done on the infrastructure of what was intended to be the flourishing new suburb of Shahrak Mamorin.

Former Paktika mayor Muhammad Asif Saifi, who signed a contract with construction company Itifaq Watanyar to deliver the project, has been accused of colluding with the contractors to steal the money.

Saifi told IWPR that he was innocent of any wrongdoing. IWPR made repeated efforts to contact Itifaq Watanyar, but the company could no longer be located.

Planned for Sharana city, in the centre of the southeastern province, the project was to be a neighbourhood for local civil servants.

Sharana mayor Abdul Karim Katawazi said that 1,080 government officials paid 432,000 dollars to put down deposits on plots of land within the development. These funds had then been embezzled by his predecessors, he said.

Sayed Obaidullah Sadat, who succeeded Saifi as mayor in May 2016, said that he bore no responsibility for the missing money.

Sadat, who said he was currently jobless, told IWPR, “All the funds for Shahrak Mamorin were embezzled by Muhammad Asif Saifi. Not only was the contract awarded to Itifaq Watanyar and signed [off] by Saifi, but 432,000 dollars were also collected from officials during Saifi’s tenure.”

When contacted by IWPR, Saifi said that he was innocent of the accusation against him. He said that although he had indeed signed a 2011 contract for the settlement, he did not accept that the money had been misappropriated.

He told IWPR that work had not yet begun on the site due to security problems and logistical issues.

Saifi declined to answer any more questions, saying only that the contractor had already spent the 432,000 dollars received from the municipality.

The former mayor was dismissed in 2011 by Afghanistan’s independent directorate of local governance. No reason was given for his dismissal.

Katawazi said that immediately after he was hired in June 2016 he had reported the issue of the missing Shahrak Mamorin funds to Paktika governor Muhammad Elias Wahdat. However, according to Katawazi, Wahdat showed no interest in pursuing the matter.

IWPR made numerous requests for an interview with Wahdat, but he declined.

IWPR has seen the initial municipal plan, dated August 10, 2011, in which Saifi proposed the construction of a town for local officials. This document was approved by Muhibullah Samim, the then-governor of Paktika.

Samim agreed to the construction of a settlement on 130 hectares of land comprised of 1,080 residential plots, to be named Shahrak Mamorin.

Three construction companies - Itifaq Watanyar, Garbat Itibar and Baba Saifi - then participated in the bidding process in order to win the tender.

Saifi awarded Itifaq Watanyar the contract, which Katawazi said was a clear violation of procurement procedure.

Although licensed on paper, in reality Itifaq Watanyar had neither the professional staff nor the technical equipment to complete such a project, he continued.

IWPR has seen a copy of Itifaq Watanyar’s license, which shows that the company was authorised by the Afghanistan Investment Support Agency (AISA) only six months prior to being awarded the Shahrak Mamorin contract. The company had no previous experience of such projects, which would seem to run counter to the procurement law which mandates that contractors must demonstrate capability to participate in government bids.

The Paktika municipality went on to parcel the land off into plots of 450 sq m, each with a deposit of for 400 dollars.

The total amount of money received came to 432,000 dollars, which was transferred to the municipality’s bank account. Later, and in violation of the law, the municipality moved these funds through seven bank transfers to individuals chosen by Abdul Azim Samandarzai, the head of Itifaq Watanyar. IWPR has copies of all seven bank receipts.

The contract that Saifi signed with Ittefaq Watanyar was for the new town to be completed within a year. IWPR also has a copy of this contract, which set out conditions including geographical surveys, building and gravelling roads, constructing waterways and irrigation networks, as well as designing 29 commercial premises as part of the new suburb.

The contractor promises to complete all construction work between July 2011 and June 2012.

A year later, in June 2012, Saifi sent a letter to the provincial finance department of Paktika, in which he wrote, “The municipality of Paktika acknowledges that the contractor has completed the construction work for the Shahrak Mamorin project in the course of one year and in accordance with the contract.” He went on to tell the finance department to return the money that the company had paid as a guarantee to the local government

IWPR also has a copy of this letter.

The Afghan Procurement Law explicitly states that the government must pay project contractors in several stages, on the condition that the quality, quantity and contents of the work are in accordance with the obligations of the contract.

Those who bought plots there say that they have been unable to carry out any building work due to the complete lack of roads, parks, electricity, water and other basic infrastructure.

Zmarak, 57, said that five years ago he had paid 1,000 dollars for three plots in Shahrak Mamorin.

Still living in the area of Sharana’s Esa Khan Market, he said that he now regretted making what he thought would be a good investment.