Calls for substantive economic and social support for those setting up their own enterprises.

Calls for substantive economic and social support for those setting up their own enterprises. 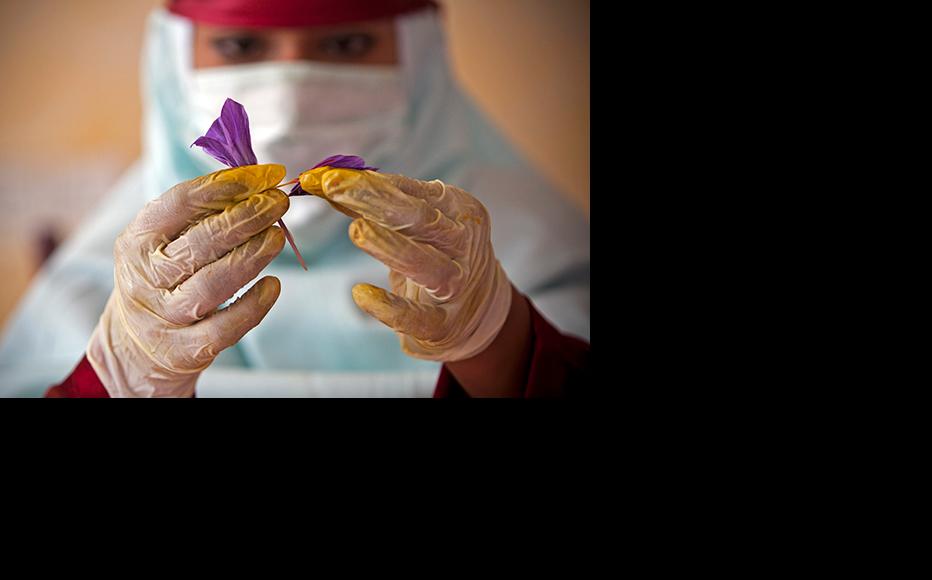 Saffron can be a lucrative business for female traders in Herat. (Photo: Majid Saeedi/Getty Images)
The link has been copied

Female entrepreneurs in the western Afghan city of Herat have decried the lack of state and local government support for building successful women-led companies.

With Afghanistan’s conservative culture often frowning on women who work outside the home, let alone run their own businesses, they said they had been left to face multiple economic and social challenges alone.

Safia Mohiti, who began a small business in Herat two years ago, said she had received no local government support whatsoever.

She claimed poor access to wider markets both within Afghanistan and internationally were a hindrance to her firm, as was gender inequality.

“We’ve never had any support or encouragement from either ministry of women’s affairs officials or the governor’s office,” she said. “Not even once.”

Maryam Jame-ul-Ahmadi, a successful trader, described her own uphill struggle building a business.

“Outdated attitudes and customs, as well as restrictions imposed on me by my family have caused me real problems,” she said.

“I’ve had to put up with derogatory remarks from my mother-in-law, father-in-law, neighbours and other close relatives.

“I remember years ago taking an exam to become a teacher and then soon after being told by my father that I couldn’t pursue this career.

“He said people would start criticising us and that the family wouldn’t be able to face the humiliation and shame. I felt really defeated but I didn’t lose my motivation. I knew I’d have to overcome failure to become a success.”

Azeeta Saleem Shahi, who grows, processes and sells saffron, told IWPR that poor security in the region as well as Afghanistan’s traditionally conservative culture were her biggest challenges.

“I frequently face opposition from my family because they say my independence leads to hostility and nasty remarks from neighbours who are sensitive to issues of equality.”

Entrepreneurs singled out banks - and specifically high interest rates - as a significant barrier to the growth of their companies.

“There are small banks which provide loans to women but the interest rate charges can be crippling,” she said.

“If new businesses could invest more from the outset without these charges, they might stand a better chance of succeeding,” she added.

Sakina Hussaini, a member of Herat’s provincial council, agreed that the local government had to do more to support female entrepreneurs.

“We’ve witnessed the creation of the women’s chamber of commerce and industries in Herat but there’s still much more to do,” she said.

“The government must be seen to support female traders, to help open up new opportunities and increase the number of women business leaders.”

Officials said that they were doing their best with limited resources to help boost women’s profile in local business.

Sohaila Sabari, head of capacity building in the provincial department of women’s affairs, said that her office simply lacked the funds to make any substantive difference.

She said her department acted as more of a supervisory body than an institution designed to facilitate improvements to the lives of Afghan women.

“The ministry of women’s affairs is actually a ministry without a budget. It works as a monitoring body only,” she said.

“It has no specific finance available for furthering the participation of women in the business sector, although officials do work hard in conjunction with private sector institutions to help organise exhibitions to showcase women’s businesses.”

Sabari said that many shows exhibiting handicrafts, painting and photography had been organised as part of her department’s efforts to promote women-owned businesses.

his officers were doing all they could to ensure the safety of the entire province’s population and insisted Herat city itself was well-policed.

“There may be security threats in more remote districts of Herat where ensuring safety is a difficult task,” he said. “Such threats could be a factor in preventing some women from running their businesses but this is definitely not the case in Herat city itself.”

Syed Khatibi, director of Herat’s chamber of commerce, said that great efforts were being made to support of female entrepreneurs in the province.

He said women were now actively engaged in producing saffron, honey, pickles and jam, as well as carpet weaving.

He also argued that women were already being helped to take advantage of new internal markets and international opportunities, adding, “This department has helped many businesswomen attract the support they need to grow their companies.”