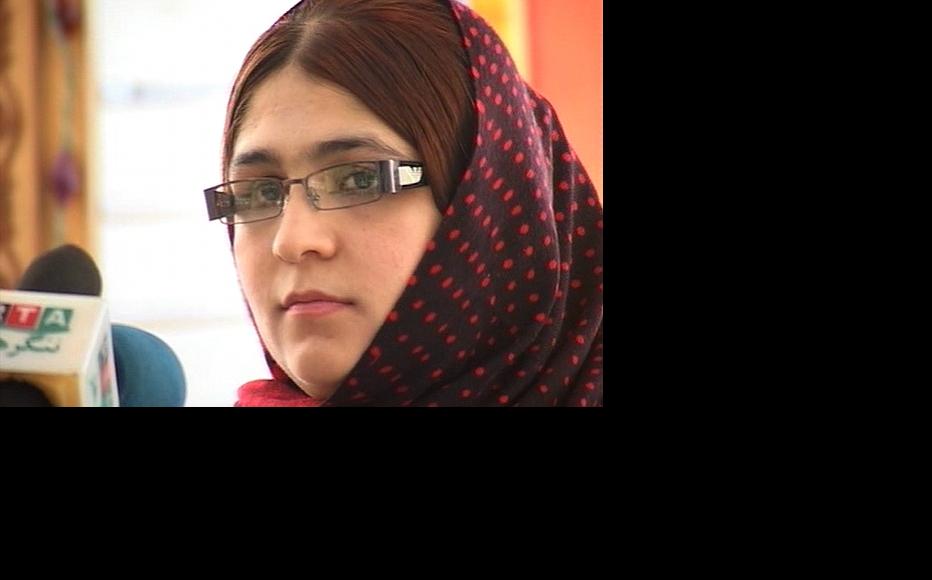 When Sanga Jabarkhil’s relatives first heard her speaking on local radio, they were so upset that they froze her out of family life for the next year.

Jabarkhil became interested in journalism when she listened to BBC and Voice of America radio programmes while she was still at school in the eastern Afghan province of Nangarhar.

By the age of 15, she had begun working for the state-owned Radio Television of Afghanistan, RTA, in Nangarhar, balancing this against her school studies. She told her family she was working on a magazine rather than in broadcasting.

When her first report – on arranged marriages – was aired, her relatives were mortified rather than proud.

“After hearing me on the radio, all my family members stopped talking to me. I stayed in my room, apart from them, and this lasted for a whole year,” Jabarkhil recalled.

Her relatives believed she was working alongside male colleagues, which they viewed as quite unacceptable.

For many conservative Afghans, simply working in a mixed-sex environment is immoral behaviour for a woman, and makes her an unattractive marriage prospect.

It took a long time to win the family over, although Jabarkhil’s mother Nuria was always quietly supportive.

Ultimately, only an elder brother remained opposed to her career choice.

“My brother didn’t talk to me, he didn’t look at me and even avoided coming face-to-face with me,” she said. “He told me, ‘Whenever I am sitting with friends and you appear on the TV screen, everyone looks at me and asks whether you are my sister. I feel ashamed; it’s like dying.’”

Jabarkhil even took her brother to work to assure him that women at RTA Nangarhar worked in a separate office from the men.

Through her reporting, Jabarkhil says she managed to bring the concerns of hundreds of disadvantaged women to the attention of the public and the authorities.

During a recent one-week journalism workshop which IWPR held in Nangarhar, Jabarkhil shared her personal experiences of reporting as a woman in a deeply traditional society with some 40 female students.

She was joined by Mina Habib, an IWPR-trained contributor from Kabul, and both encouraged the students, aged between 17 and 19, to pursue careers in journalism.

In recent weeks, Habib has been awarded a prize for her courage as a woman journalist by the Journalists’ Council of Afghanistan and given a special award by the South Asian Free Media Association, along with IWPR’s Afghan editor Hafizullah Gardesh. (See IWPR Journalists Recognised at Afghan Awards Ceremony.)

Jabarkhil’s on-screen appearances have inevitably attracted attention, since Nangahar resident have seen few women in such prominent roles. On television, she wears a headscarf, but she conceals her face when she goes out into the street.

“I still get phone calls from strangers. Some express admiration for my voice and beauty, while others are angry with me because I’m working in television,” she said. “I answer them all by just saying ‘thank you’ and hanging up. It’s a way of saying, ‘Please don’t bother me.’”

She has had to develop a thick skin. At one wedding, she heard women around her asking in hushed voices whether she was the newsreader they had seen on television.

One of them then stepped forward to offer words of advice and commiseration.

“Why are you so hard on yourself, my dear? You are such a beautiful girl yet you’re still working in television,” Jabarkhil recalled the woman saying. “‘Please have pity on yourself.”

She replied, “What’s wrong with working in television? I have studied and I need to work and serve other girls and women.”

The wedding guest sighed and told her that she would have made a good wife for her son if only she was not on TV.

Such experiences have left Jabarkhil with a good-humoured patience, which her colleagues said made her popular in the office.

“Sanga is our boss but she behaves like a sister and close friend around us. Believe me, it’s tough when she’s absent,” her colleague Nazifa Momand said.

Amrullah Rawan, programmes manager at the RTA office, described Jabarkhil as “the pride of Nangarhar television”.

“I can tell you that if she left, we wouldn’t be able to find anyone to replace her,” he said.

Jabarkhil now lives in the provincial capital Jalalabad, but she was born in Hesarak, a western district of Nangarhar province. In this area, just being allowed to go to school was a struggle. Her relatives believed girls should leave school around the age of 12 or 13.

“One day, my brother stopped me from going to school, saying that I was already grown up, an adult. I cried a great deal,” she said, adding that she was out of the house and on her way to school the moment her brother went out.

“My teacher asked me why I was late, and I told her my family wouldn’t let me attend school. After hearing the story, the teacher came to our house and persuaded my family to allow me to complete school,” she said.

Her ambitions were always supported by her mother Nuria, who had to leave school early and was keen to avoid the same thing happening to her daughter.

“I wasn’t able to fight for my legal rights at the time, but my daughter Sanga has succeeded in doing so, and I’m very proud of her,” Nuria said.

“I stand up to them all and tell my daughter to have patience,” she said.

At school, Jabarkhil was inspired by a teacher who had graduated in law and politics, and now she combines working with studying the same subjects at Ariana University, a private institution in Jalalabad. She plans to continue studying, to obtain a masters degree, study for a doctorate abroad, and eventually to enter politics. She dreams of becoming Afghanistan’s minister for women’s affairs.

“If I become women’s affairs minister, it won’t be a symbolic post for me. I will do my best, and take anyone in power, to ensure that women’s rights are respected, and I will make education for girls compulsory,” she said.