Experts warn that the situation has been getting worse, not better.

Experts warn that the situation has been getting worse, not better. 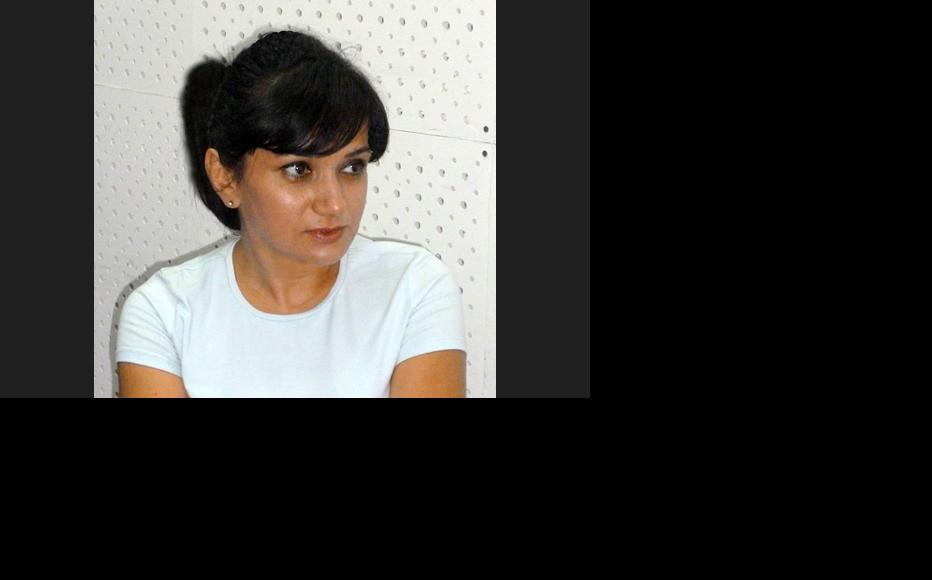 Naila Yagublu, chairwoman of the women´s branch of the opposition Musavat party. (Photo courtesy of N. Yagublu)
The link has been copied

Women’s rights activists in Azerbaijan have scorned official claims that state policy has led to a dramatic drop in incidents of domestic violence.

“Such cases have decreased in Azerbaijan,” she told the news agency APA.  “To prevent domestic violence, the state committee has created a data bank [of offences and at risk groups].

Deputy prime minister Elchin Efendiyev also attributed the falling numbers to government measures in a speech at an international conference on the prevention of domestic violence in Baku last November.

Women’s rights activists, however, have roundly rejected this position.

“In Azerbaijan, official statistics never reflect the real situation.  You cannot believe the truthfulness of these figures,” said Naila Yagublu, chairwoman of the women´s branch of the opposition Musavat party.

“If you just follow the media, you can see information about violence against women almost daily.  In spite of the state committee´s claim that domestic violence has decreased by half, I can say based on my own observation that the situation is getting worse every day,” she said.

In one recent case on March 18 in the city of Udjar in central Azerbaijan, 31-year-old Ramil Nasirov stabbed his 17-year-old bride Sabina Rahinova to death just hours after their wedding ceremony.  Following his arrest, the groom told investigators he had killed her out of jealousy.

Another man, 26-year-old Babek Aliyev, is currently on trial in Baku for killing a young woman who had refused his affections.  The accused had repeatedly expressed his desire to marry her, but Ilaha Usubova turned him down.  In the end, he stabbed her 15 times.

Yagublu said that there was a link between Azerbaijan’s ongoing economic woes and rates of domestic violence.

A steep drop in oil prices last year sent an economy that relies on energy for three-quarters of its revenues into freefall.  This in turn led to two currency devaluations in 2015.

“The worse the social conditions in which people live, the more aggressive they become,” she continued. “Relationships between people deteriorate into violence.  The country is in deep crisis.  The unemployment rate and prices are constantly rising, and living standards of the population are falling.”

Experts say that current legislation does not go far enough to protect women.

Mehriban Zeynalova, who chairs the women´s NGO Clean World, said that the 2010 law on prevention of domestic violence focused only on preventive measures.

Provisions dealing with actual incidents of domestic violence have not been fully worked out.  (See also New Law to Tackle Domestic Assault in Azerbaijan).

Other forms of abuse remain ill-defined, she continued. Psychological or sexual and economic violence went unpunished because it was harder to prove.

“On questions of sexual violence, women practically never turn to law enforcement authorities, especially if it is about family.  Sexual violence in the family is taken somewhat for granted,” Zeynalova concluded.

The Civil Procedural Code enables 30-day restraining orders to be issued to protect of domestic violence victims, but they are very difficult to obtain.

Elman Fattah, a lawyer, said the whole process was “ridiculous” as the punishment for violating the restraining order was so light – a fine of 500 to 1,000 manats (330 to 660 US dollars) and imprisonment of up to one month.

According to a 2014 United Nations report, violence against women is widely tolerated within traditionally patriarchal Azerbaijani society.

Women also tended to accept the status quo, further perpetuating impunity and significantly contributing to the underreporting of cases.

There was “minimal implementation and enforcement of the legal framework, but also the lack of a gender perspective by law enforcement and judicial operators,” the UN report said.  “The common resort to mediation as a means of dispute resolution is also a factor”.

The vast majority of interviewees cited in the report said the very low conviction rate exacerbated a lack of trust in the judicial system.

Relatives of Konul Valiyeva, who threw herself out of a ninth floor window three months ago, dispute investigators’ official conclusion that she killed herself because of a mental disorder.

“She was only 27 years old.  She left two children.  She could not kill herself because my niece was a believer in Islam, where suicide is one of the worst sins,” said her aunt Zeynab Valiyeva, who claimed that the police did not fully investigate the circumstances surrounding her death.

“Even if she did throw herself [out of the window], which we categorically do not believe, who caused her to be in this state?” she asked.

Aida Aliyeva is the deputy chairwoman of the Public Association of Children in Azerbaijan, which operates shelters for homeless youth that are also often used by vulnerable women.

“All the women who come to us are victims of domestic violence,” Aliyeva said.  “We had a woman who was beaten by her husband and then kicked out of the house with the children so he could bring home a new wife.”

Aliyeva said that women subjected to violence needed state support in the form of social protection.

“They should receive a nominal sum of money and housing from the state, so they can get themselves comfortable,” she said.  “We try to help women to settle, but not always successfully.  Sometimes they return to their families, where they are [again] subject to violence.”

According to the UN report, early and forced marriages in Azerbaijan have also continued to endanger lives, placing young women at a greater risk of domestic violence, marital rape or complications in pregnancy.

Early marriage has continued to be a problem even after the 2011 amendments to the Family Code that raised the age of consent to 18 for both sexes.

According to psychologist Dayanat Rzayev, further social work and preventative measures were needed to reduce cases of violence.

“But according to our mentality, it is not acceptable to expose family problems to public scrutiny,” he said.  “A woman faces cruelty in the family and complains to the police, but they do not wish to interfere in the family ´squabbles´.”

In 2015, according to the ministry of interior, 938 crimes of domestic violence were prosecuted.  Of these cases, 43 had led to the death of the victims - ten of them men, 33 women.

Taliya Ibrahimova, head of the legal department of the state committee on family, women and children affairs, said that her team frequently handled cases where women did not wish to file a formal complaint.

“Women who turn to us do not want representatives of the police or the executive branch to interfere in their family affairs for fear of being condemned by others,” she said.

Then, local Communist officials closely scrutinised the private lives of all the families living in their areas.

The psychologist also highlighted the effect rising unemployment had on tensions and violence within the family.

“If we are not talking about pathological conditions – psychopathy, drug addiction, alcoholism or pathological jealousy, which often lead to aggression -one can say that domestic violence is caused by social factors,” he concluded.

Musavat’s Yagublu emphasised that the authorities were not interested in identifying the root causes of the situation.

“But the authorities are still pulling wool over people´s eyes with fairytales about a wonderful life.”

Vafa Zeynalova is a staff writer with IWPR.

Azerbaijan
Women's rights
Connect with us