Huge swathes of farmland wiped out by high rainfall and snowmelt.

Huge swathes of farmland wiped out by high rainfall and snowmelt. 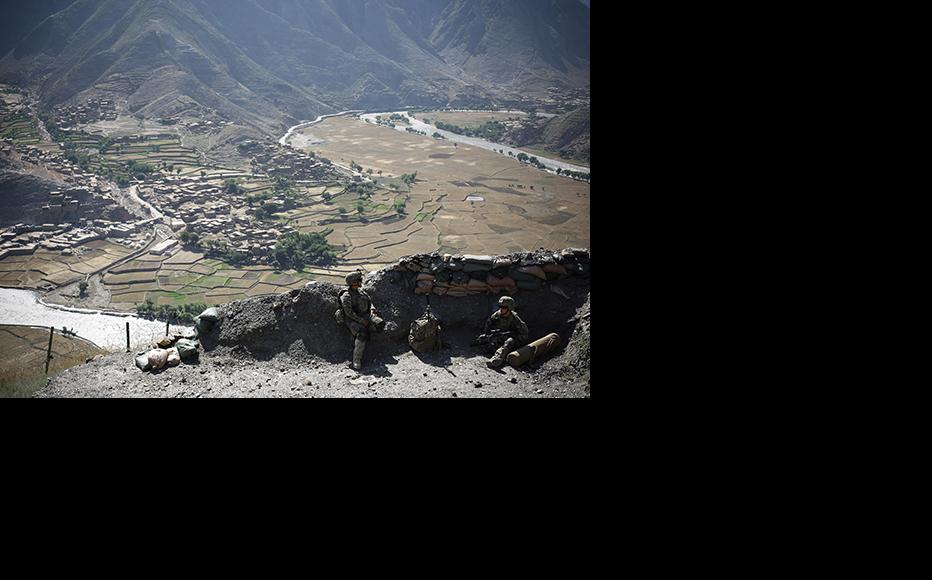 The Kunar river winds 1,000 miles across Afghanistan. (Photo: John Cantlie/Getty Images)
The link has been copied

Residents of Kunar province in eastern Afghanistan are urging the government to act after suffering years of catastrophic flooding.

Local residents said heavy rainfall and snowmelt from the Hindu Kush meant that the Kunar river, which runs through the province, floods almost every year.

Huge swathes of farmland were often wiped out by water, with local people also dying in flash flooding.

Farmers and business leader told IWPR that critical investment was urgently needed to shore up riverbanks and help prevent further loss of land and livestock.

Fazal Mohammad, 45, a resident of Khas Kunar district, described how he was left with a tiny fraction of farmland following a series of floods.

He said the loss of his fields now put him under enormous pressure to earn a sustainable income for his family.

“This river swallows up our land every year,” he complained. “It kills our animals but no one seems to care or grieves for our loss.

“I’ve petitioned district officials to help me but hear nothing back from them. They’ve not even come to see the devastation for themselves.”

The Kunar river stretches for more than 1,000 miles from eastern Afghanistan across the Durand Line and into neighbouring Pakistan.

Along its course it feeds into both the Kabul river in Kama district in Nangarhar province and later the Indus river in Attock city in northern Punjab, Pakistan. Eventually, waters from the river flow down into the Arabian sea.

Abdullah, who runs a restaurant by the river in the middle of Sawkai district, also told IWPR that the authorities must be held accountable for failing to act to prevent the frequent flooding.

He claimed dozens of villages and hundreds of hectares of land had been destroyed by the river and yet officials still chose to turn a blind eye to the problem.

“This river is bloody, trust me,” he said. “Every week where my restaurant is we pull at least one dead body from the water.

“People drown trying to cross it because of a lack of proper bridges, or they drown while fishing or working along its banks. When spring and summer arrives the water bursts over and just wipes out everything.

“We’re left trying to contact the families of the deceased,” he concluded.

Sometimes whole communities are displaced by the flooding. Wali Gul, 46, told how he and almost everyone in his village had been forced to abandon their homes a decade ago following severe flooding.

Many residents left to move to higher ground in Nangarhar and Gul now lives in a village in Shewa district.

“One evening in 2008 the river burst its banks and flooded the entire village,” he said.

“The Afghan National Army arrived and evacuated people via helicopters but the river swallowed everything. We were forced to abandon the area and move to Nangarhar because of the Kunar river.”

Abdul Ghani Musamim, a spokesman for the provincial governor, acknowledged the issues the region faced in respect of flooding.

He said retaining walls had been built in some areas where the river’s banks were most vulnerable, but agreed that further work was clearly needed.

Musamim  added that, owing to the volatility of the disputed border area with Pakistan, foreign donors were reluctant to commit to infrastructure projects that could help alleviate flooding.

“The international community is hesitant to help in a region where there’s significant dispute between Afghanistan and Pakistan,” he said.

“It’s clear there’s a major problem and the river’s retaining walls aren’t effective but the government by itself doesn’t have the means to build a dam.”

Abdul Rashid Zalmai, the director of Kunar’s department of agriculture, irrigation and livestock, also said that the region needed substantial investment in dams and irrigation networks.

He said that canals were being constructed in some districts, but that efforts to attract government support for a larger dam project had foundered due to the lack of funds, the region’s rugged topography and ongoing security risks

“A major survey in Kunar province was conducted last year,” Zalmai said. “Plans and surveys for building a dam were prepared but the work never went ahead because of a lack of budget and unfavorable security conditions on the ground.”

Mohammad Safi, head of Kunar’s provincial council, criticised both his local administration and central government for failing to act. He said that he had repeatedly highlighted the issue of flooding with senior officials in Kabul, but to little effect.

“The government just doesn’t seem to want to pay any attention to Kunar,” he said. “No governor has been appointed who’s prepared to undertake the serious measures needed to control the river and regulate its flow.

“We’ve repeatedly raised the issue in provincial council meetings and with other relevant departments. But because of the significant investment needed to tackle the problem effectively, our pleas have gone unanswered.”

Mohammad Anwar Sultani, a political analyst, also criticised officials for failing to follow through on promises to construct dams in Kunar and elsewhere.

He said that President Ashraf Ghani had made a number of public commitments to better regulate the river’s flow during his election campaign in 2013, questioning again why officials had failed to act.

By building a dam in Kunar, he argued, engineers could not only boost electricity supply to Afghanistan’s eastern provinces but also to Kabul.

In addition, better provision of water to areas of desert in Nangarhar, Kunar and Laghman could lead to substantial gains in agricultural productivity and boost employment opportunities, he said.

“For many years Pakistan has been able to take advantage of the benefits of this river while we suffer the damages,” Sultani argued.

“There’s a lack of commitment by the government here; it’s made fake promises to the nation.”

“We can’t provide exact figures on the amount of land destroyed because no surveys have looked at the problem,” he said.

“We’ve asked the ministry of agriculture to carry out the work but we’ve not yet received their agreement.”

Malak Nawab Khan, a tribal elder in Kunar’s Sawkai district, added, “At the time of the last election politicians made bold promises.

“But the promises they made were given only to guarantee our votes. No one has since helped save us from the dangers of this river. No one has paid attention to our requests.”