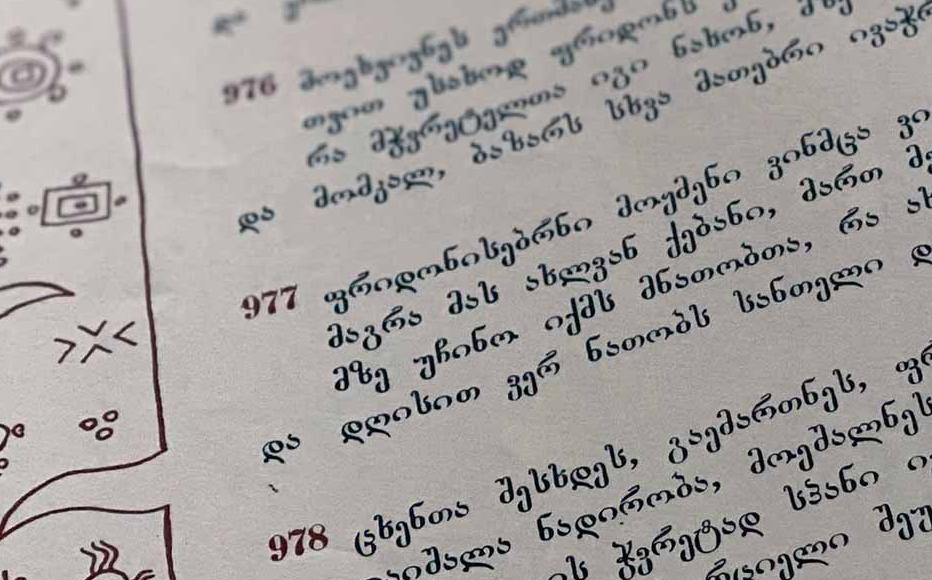 Georgians in Abkhazia’s Gali district account for 98 per cent of the population. Yet, students struggle to study in their native language as authorities have imposed Russian as the language of instructions in all grades. © Monica Ellena/IWPR

Russian is now mandatory in all schools in Gali district.

Georgians in Abkhazia’s Gali district account for 98 per cent of the population. Yet, students struggle to study in their native language as authorities have imposed Russian as the language of instructions in all grades. © Monica Ellena/IWPR
The link has been copied

Georgia: Risking All to Cross the Enguri

Pandemic restrictions mean that many face arrest or serious harm if they try to cross into Tbilisi-controlled territory.

Georgian is 16-year-old Giorgi’s mother tongue. Like the majority of people in his district of Gali, in the breakaway territory of Abkhazia, it is the language he uses to communicate with family and friends.

At school, however, the language of instruction is Russian.

“I don’t like to study in Russian, I find it difficult. Mostly I don’t understand what I read and that’s why I am learning by heart. My classmates have the same problem, but we have no other choice, no one ever asked us what we thought”, the 11th grader told IWPR on condition of anonymity.

Georgians make up the majority of the 7,605 people living in Gali, the largest town in southern Abkhazia, the Georgian region on the Black Sea that broke away in the early 1990s and has been de facto independent since 1993.

The district of Gali, Gal in Abkhazian, is home to an estimated 40,000 Georgians, who account for nearly 98 per cent of the district’s population. In 1990, Georgians made up the majority of the coastal region. But as Moscow-supported Abkhaz forces won the war against the Tbilisi government that broke out at the fall of the Soviet Union, about 250,000 Georgians left the region.

Gali is the only district where the breakaway authorities have allowed the return of displaced Georgians, with the vast majority being Mingrelians, a Georgian ethnic group. Human rights groups report that 47,000 internally displaced persons (IDPs) have returned to their homes in Gali. In 2020, Abkhazia's de facto statistics service set the number at 29,723.

The district is directly adjacent to the Inguri river, a de facto boundary line, and the bridge connecting the two banks is the only official crossing.

In 1994, Russian was imposed as an official language, alongside the poorly known Abkhaz. Due to the lack of teachers able to teach in Russian, a transition plan was implemented in 2015 and Russian became mandatory in all schools in Gali district in 2021. Students say that some school principals ban conversations in Georgian, even outside the classroom.

“Most of our teachers are Georgians who graduated in Soviet times, it is hard for them to teach subjects in Russian,” Nona (not her real name) told IWPR. “As a parent, of course I help my children in preparing lessons, but Russian is alien to many of us too …we are in a difficult situation. Abkhaz authorities even force teachers to take pupils to celebrate Victory Day [the Septmeber 30 state holiday that marks the de facto declaration of independence] and our children have to dance and sing in their events.”

According to the state ministry for reconciliation and civic equality of Georgia, until the war Georgian was the language of instruction in 52 of the 58 schools operating in Gali district. After the conflict, the number of schools dropped to 31; further consolation with neighbouring districts mean that there are now 19 schools operating in Gali. In the whole of Abkhazia there are 153 schools, of all grades.

Students take Georgian language and literature two hours per week, while four hours are for the mandatory study of the Abkhaz language. All other subjects are taught in Russian.

For the government in Sukhumi, Sukhum in Abkhaz, this policy allows Georgians to integrate into Abkhazian society. For others, however, it is a push to assimilation.

“When a person is forbidden to receive education in their native language, the result is naturally negative… [as] some children cannot master Georgian well enough to continue their studies at Georgian universities,” Nona Shonia, former head of the educational resource centre of Gali who now lives in Tbilisi, told IWPR. “It is natural that it is difficult for them to learn in Georgian.”

Language is a pillar of Georgian identity. On April 14, 1978, thousands took to the streets to protest against a Soviet plan to drop Georgian as the official language in the then Soviet Socialist Republic (SSR). A new draft constitution foresaw changing a clause proclaiming Georgian the state language and substituting a phrase guaranteeing “the possibility of using the native language”. The then-leader, Eduard Shevardnadze, negotiated to restore Georgian to its official status. Even now, Georgians mark Mother Language Day on April 14.

The change of direction reportedly alarmed Abkhazians who saw a concession to what they labeled as Georgian nationalism, and called for the region to secede from the Georgia SSR and join the Russian Soviet Federative Socialist Republic (RFSR). The call was rejected but Moscow poured funds into the region to support the Abkhaz language.

Families in Gali living near the Inguri choose to send their children to school in the Tblisi-controlled region of Samegrelo, on the other bank of the river. The European Union Monitoring Mission (EUMM) surveyed some 2,580 people crossing the Enguri bridge every day. The crossing, critical also for medical assistance due to Abkhazia’s poor health care, is lengthy at best of times and became impossible during the pandemic. In 2020, authorities restricted movement across the Enguri for over a year; the bridge reopened in early July 2021.

In 2020 the Georgian government announced that students living in Abkhazia and Georgia’s other breakaway region of South Ossetia could enroll at any university in Georgia without sitting the unified nationwide entry exams and would also be granted the highest state scholarship of 2,250 laris [800 US dollars].

The majority of school graduates opt to study in Georgia’s universities. According to the Gali district’s educational resource centre, this year 222 students enrolled in Georgian universities, up from 210 in 2021 but down from 384 in 2020.

When Maia Khurstilava decided to study law in Tbilisi, free tuition and no entry exam did not play a role.

“The difference was in the quality of education, which is much higher than in Sukhumi. There are also many more programmes, even outside the university,” Khurstilava, now a laywer, told IWPR. “I graduated in Russian, so it was hard [to study in Georgian] at the beginning, but I had high grades.”

On average, every year between 30 and 50 students from Gali choose to study at the university in Sukhumi or further afield in Russia.

Ana (not her real name) was one of them. In 2019, she graduated from the Lomonosov Moscow State University after being granted a full scholarship through the Rossotrudnichestvo programme, which allocates about 50 places for undergraduate, postgraduate and doctoral studies for students from Abkhazia and South Ossetia. It was a pragmatic choice, she told IWPR.

“I studied Russian in Gali district, it was easier for me to study here, in Moscow. In my school Georgian was not taught at all,” she said. “Knowledge acquired abroad is valued in all countries. It is one of the most prestigious universities in Russia and studies are at a high level.”

Back In Gali, however, families either homeschool to provide children with knowledge of their native language, or face sending them away to study.

“My daughter has been studying in Zugdidi since she was six,” 56-year-old Maia (not her real name) told IWPR. “It was difficult for us to let her go to school far from us, but we had to do so to provide her with Georgian education. The bridge gets closed for various reasons, sometimes for weeks, sometimes for months and my child was stuck either here or there.